Valerio Piazza is creating new 3D architectures built from an inventive form of nanowire. His research aims to push the boundaries of miniaturization and pave the way to more powerful electronic devices. He has just won the 2020 Piaget Scientific Award, whose prize money will fund his work at EPFL for a year.

Piazza, a scientist at EPFL’s Laboratory of Semiconductor Materials, studies semiconductors on a nano scale. His focus is nanowires, or nanostructures made of semiconducting materials, and his goal is to move transistors beyond their saturation point. That’s because transistors are everywhere – in cars, traffic lights, and even coffee makers – but their miniaturization capacity is reaching a limit because existing designs are nearly saturated. “The main challenges we now face in processing power relate to overcoming the transistor saturation point, which we can do with nanowires and other kinds of nanostructures,” says Piazza 2020 Piaget Scientific Award.

Much of the recent improvement in processing power stems from advancements in microfabrication methods. These methods are what have allowed engineers to develop compact, yet sophisticated electronic devices like smartphones and smartwatches. By reducing the size of transistors, engineers can fit more on a circuit, resulting in greater processing power for a given surface area. But that also means there’s a limit to just how small processers can go, based on the size of their transistors. At least that’s true for the current generation of processing technology. Piazza’s work aims to overcome that obstacle by developing new kinds of transistors based on nanowires for use in next-generation quantum computers.

Today’s computers are made up of electronic components and integrated circuits like processing chips. Each bit corresponds to an electrical charge that indicates whether current is running through a wire or not (i.e., “on” or “off”). On the other hand, quantum computers are not limited to just two states but can accommodate an infinite number of states. The fundamental element of quantum computing is the qubit, which is the smallest unit of memory. And it’s precisely at this sub-micron level that Piazza is conducting his research. 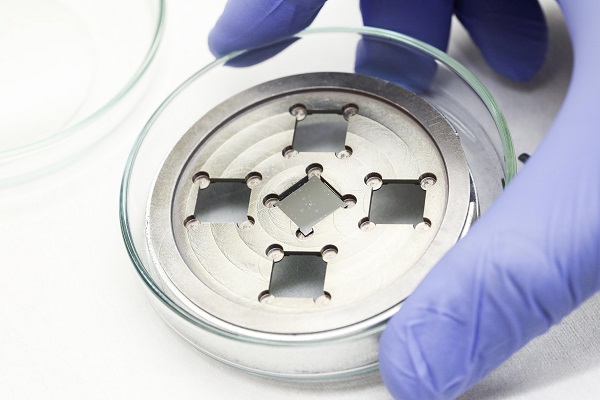 Piazza’s horizontal nanowires – they can be vertical, too – are made up of atoms from groups III and V of the periodic table: gallium, aluminum, indium, nitrogen, phosphorus and arsenic. “Each step of our development work comes with its own set of challenges. First we have to nanostructure the substrate and create the material – here the challenge is to improve the quality of our crystals. Then we’ll need to characterize our nanowires, with the goal of improving their electrical properties,” he says. 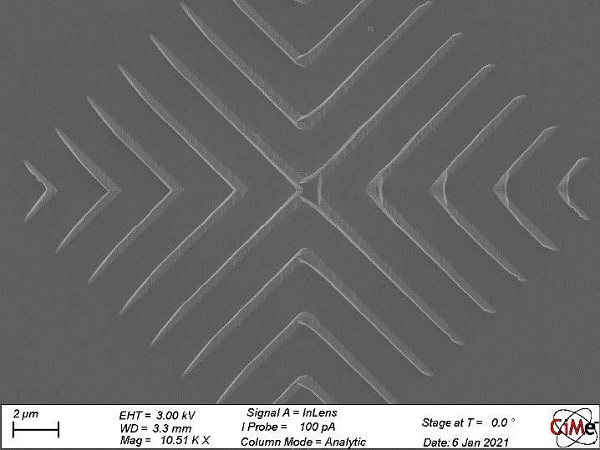 A complex network of nanowires.

Processor transistors currently measure around 10 nm. Piazza’s (horizontal) nanowires are the same size but should offer better electrical performance, depending on crystal quality. His method involves etching nanoconductors on substrate surfaces in order to create different patterns, which will let him test various structures for enhancing performance. “Take a city’s highways as an example. If there’s just one road, you can get only from Point A to Point B. But if there are lots of exits and side streets, you can travel to different neighborhoods and go even farther,” says Piazza. In other words, he’s creating a network. Over the next few months he’ll focus on identifying factors that could improve the process.