Researchers developed a new kind of photocatalyst that can produce ammonia from atmospheric nitrogen at room temperature using sunlight.

Ammonia (NH3) is a major component in fertilizer and a promising carbon-free energy carrier. However, ammonia production consumes around 2% of the world’s total energy production and releases 500 Mt of carbon dioxide annually1. A research team led by scientists at City University of Hong Kong (CityU) developed a new kind of photocatalyst that can produce ammonia from atmospheric nitrogen at room temperature using sunlight. This new method outperformed the conventional way which causes massive carbon emissions. The research team believed that such technology of sustainable ammonia production would advance the development of the future nitrogen economy.

This research was led by Professor Leung Kwok Hi Michael, Shun Hing Education and Charity Fund Professor of Energy and Environment and Assistant Professor Dr Shang Jin, both from CityU’s School of Energy and Environment (SEE), as well as a scholar from Australia. Their findings were published in the scientific journal ACS Nano under the title “Atomically Dispersed Iron Metal Site in a Porphyrin-Based Metal-Organic Framework for Photocatalytic Nitrogen Fixation”.

Ammonia: an emerging fuel that could replace petroleum and coal in generating electricity

Ammonia is an essential component of food and fertilizers. Most of the artificial ammonia is used to produce fertilizers for agriculture. Ammonia is also an important chemical with a wide range of industrial use, from producing detergents to refrigerants. More importantly, ammonia has attracted much attention in recent years because it provides a source of hydrogen for fuel cells, and it is easier to be liquefied and transported than hydrogen. Moreover, ammonia itself can serve as a fuel for power generation other than petroleum and coal. So there is a huge demand for producing ammonia.

“Fixing” nitrogen is an important step before producing ammonia. Although 80% of the atmosphere consists of nitrogen, this “free” nitrogen cannot be utilised until converted into nitrogen-containing compounds. This conversion process is called “nitrogen fixation”.

Nitrogen fixation can be done naturally or artificially. The artificial way usually refers to the industrial Haber–Bosch process at elevated temperate and pressure, using iron as the catalyst to produce ammonia from nitrogen and hydrogen. Nowadays, ammonia production heavily relies on the Haber–Bosch process, yet it is not sustainable because it consumes a huge amount of fossil fuels and causes massive carbon dioxide emissions.

To look for a sustainable way of producing ammonia, Professor Leung and Dr Jin bring together their teams to develop an approach for nitrogen fixation at ambient conditions using water and renewable energy. The biggest challenge for the joint team was making a catalyst that enables the challenging multi-step reaction of nitrogen fixation. 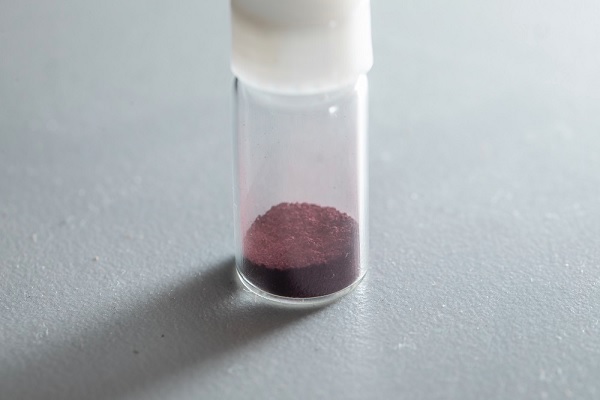 In nature, iron in nitrogenase (a kind of enzyme) favourably binds and activates nitrogen, and porphyrin (a kind of organic compound) in chlorophyll effectively harvests sunlight. Inspired by the above nature mechanisms, the team developed an iron-metalated porphyrin-based metal-organic framework (MOFs) photocatalyst. 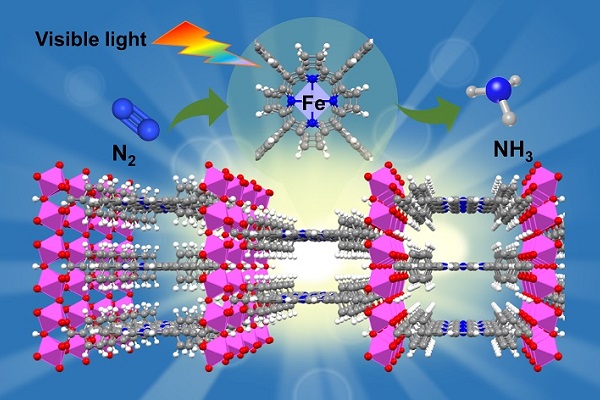 The team develops a photocatalyst to produce ammonia after achieving artificial nitrogen fixation powered by sunlight and using water as the reducing agent, at ambient temperature and pressure.

This biomimetic photocatalyst, with only 15 to 25 nm in thickness, can produce ammonia after achieving artificial nitrogen fixation powered by sunlight and using water as the reducing agent, at ambient temperature and pressure.

The team used MOFs in this photocatalyst because it provided more active sites on the surface for adsorption and activation of nitrogen. So the efficiency of the nitrogen reduction reaction is enhanced. 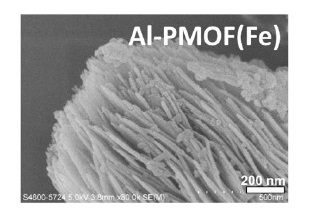 This figure demonstrates how the new photocatalyst triggers the nitrogen reduction reaction and produces ammonia.

Through this research, the team explored the photocatalytic nitrogen reduction reaction on their biomimetic photocatalyst. Dr Shang pointed out that the new knowledge gained from this work would guide the rational design of next-generation MOFs-based photocatalysts. He believed their findings would unleash the potential to develop various porphyrin-based MOFs as photocatalysts for various energy and environmental applications.

The team hoped that this pioneering study would inspire scientists and engineers in the field of catalysis to explore and develop MOFs-based biomimetic photocatalysts for catalysing other chemical reactions at ambient temperature and pressure, not limited to artificial nitrogen fixation.