Exotic quantum particles and phenomena are like the world’s most daring elite athletes. Like the free solo climbers who scale impossibly steep cliff faces without a rope or harness, only the most extreme conditions will entice them to show up. For exotic phenomena like superconductivity or particles that carry a fraction of the charge of an electron, that means extremely low temperatures or extremely high magnetic fields.

But what if you could get these particles and phenomena to show up under less extreme conditions? Much has been made of the potential of room-temperature superconductivity, but generating exotic fractionally charged particles at low-to-zero magnetic field is equally important to the future of quantum materials and applications, including new types of quantum computing.

Now, a team of researchers from Harvard University led by Amir Yacoby, Professor of Physics and of Applied Physics at the Harvard John A. Paulson School of Engineering and Applied Sciences (SEAS) and Ashvin Vishwanath, Professor of Physics in the Department of Physics, in collaboration with Pablo Jarillo-Herrero at the Massachusetts Institute of Technology, have observed exotic fractional states at low magnetic field in twisted bilayer graphene for the first time. The research is published in Nature. 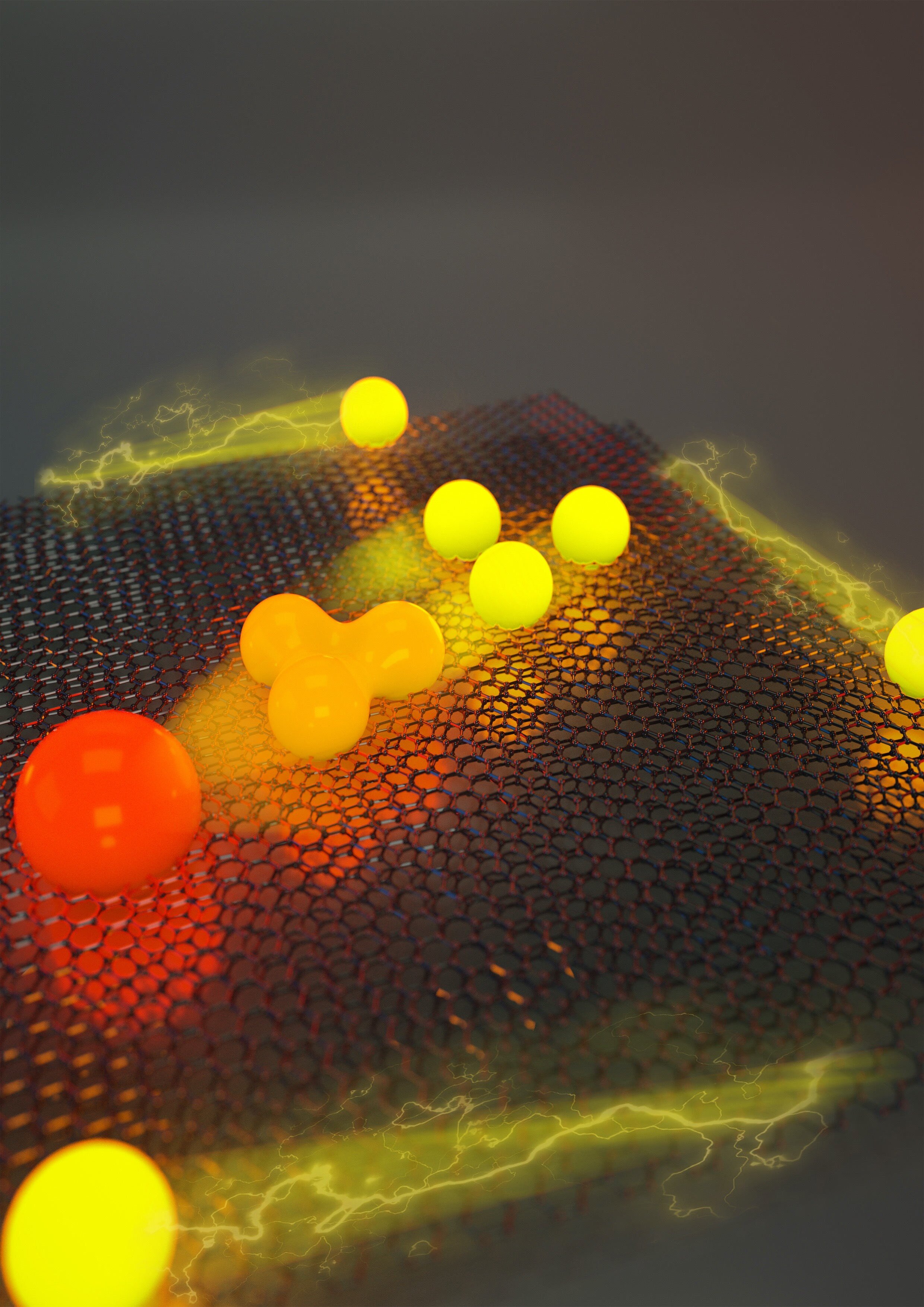 The researchers were interested in a specific exotic quantum state known as fractional Chern insulators. Chern insulators are topological insulators, meaning they conduct electricity on their surface or edge, but not in the middle.

In fractional Chern insulators, electron interactions are so strong within the material that quasiparticles are forced to carry a fraction of the charge of normal electrons. These fractional particles have bizarre quantum properties that could be used to create robust quantum bits that are extremely resilient to outside interference.

To build their insulator, the researchers used two sheets of graphene twisted together at the so-called magic angle. Twisting unlocks new and different properties in graphene, including superconductivity, as first discovered by Jarillo-Herrero’s group at MIT, and states known as Chern bands, which hold great potential to generate fractional quantum states, as shown theoretically by Vishwanath’s group at Harvard.

Think of these Chern bands like buckets that fill up with electrons.

“In previous studies, you needed a large magnetic field in order to generate these buckets, which are the topological building blocks you need to get these exotic fractional particles,” said Andrew T. Pierce, a graduate student in Yacoby’s group and co-first author of the paper. “But magic-angle twist bilayer graphene already has these useful topological units built in at zero magnetic field.”

To generate fractional states, the researchers need to fill the buckets a fraction of the way with electrons. But here’s the hitch: for this to work, all the electrons in a bucket must have nearly the same properties. In twisted bilayer graphene, they don’t. In this system, electrons have different levels of a property known as the Berry curvature, which causes each electron to experience a magnetic field tied to its particular momentum. (It’s more complicated than that, but what isn’t in quantum physics?)

When filling up the buckets, the electrons’ Berry curvature needs to be evened out for the fractional Chern insulator state to appear.

That’s where a small applied magnetic field comes in.

“We showed that we can apply a very small magnetic field to evenly distribute Berry curvature among electrons in the system, allowing us to observe a fractional Chern insulator in the twisted bilayer graphene,” said Yonglong Xie, a postdoctoral fellow at SEAS and co-first author of the paper.  “This research sheds light on the importance of the Berry curvature to realize fractionalized exotic states and could point to alterative platforms where Berry curvature isn’t as heterogeneous as it is in twisted graphene.”

"Twisted bilayer graphene is the gift that keeps on giving and this discovery of fractional Chern insulators is arguably one of the most significant advances in the field,” said Vishwanath, senior author of the study. “It is astonishing to think that this wonder material is ultimately made of the same stuff as your pencil tip. "

"The discovery of low magnetic field fractional Chern insulators in magic angle twisted bilayer graphene opens a new chapter in the field of topological quantum matter,” said Jarillo-Herrero, the Cecil and Ida Green Professor of Physics at MIT and senior author of the study. “It offers the realistic prospect of coupling these exotic states with superconductivity, possibly enabling the creation and control of even more exotic topological quasiparticles known as anyons.”