Scientists boost the accuracy of optical microscopes to image microdroplets in flight and apply the method to analyze the concentration of plastic nanoparticles.

Sneezes, rain clouds, and ink jet printers: They all produce or contain liquid droplets so tiny it would take several billion of them to fill a liter bottle.

Measuring the volume, motion and contents of microscopic droplets is important for studying how airborne viruses spread (including those that cause COVID-19), how clouds reflect sunlight to cool the Earth, how ink jet printers create finely detailed patterns, and even how a soda bottle fragments into nanoscale plastic particles that pollute the oceans.

By improving the calibration of a conventional optical microscope, researchers at the National Institute of Standards and Technology (NIST) have for the first time measured the volume of individual droplets smaller than 100 trillionths of a liter with an uncertainty of less than 1%. That is a tenfold improvement over previous measurements. 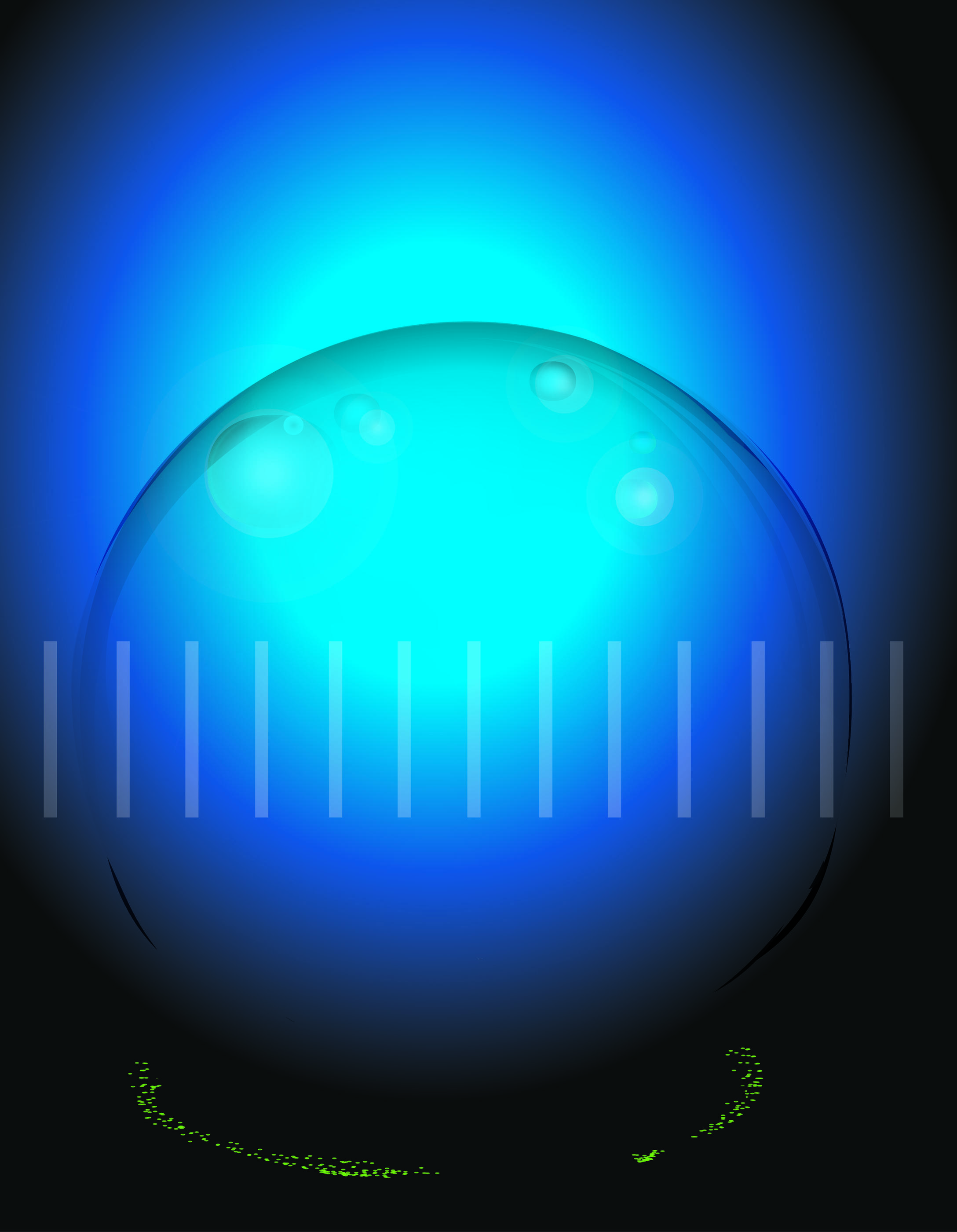 Because optical microscopes can directly image the positions and dimensions of small objects, their measurements can be used to determine the volume — proportional to the diameter cubed — of spherical microdroplets. However, the accuracy of optical microscopy is limited by many factors, such as how well the image analysis can locate the boundary between the edge of a droplet and the surrounding space.

To improve the accuracy of optical microscopes, NIST researchers developed new standards and calibrations for the instruments. They also devised a system in which they could simultaneously measure the volume of microdroplets in flight using microscopy and an independent technique, known as gravimetry.

Gravimetry measures volume by weighing the total mass of many microdroplets that accumulate in a container. If the number of droplets is controlled and the density — mass per unit volume — is measured, then the total mass registered on a scale can be used to calculate the average volume of one droplet. Although this is valuable information, because droplets can vary in size, imaging single droplets by optical microscopy enables a more direct and complete measurement.

Gravimetry, microscopy, and deposition of microdroplets.

Nonetheless, weighing the contents of a container is a tried-and-true method, and gravimetric measurements are readily linked to the International System of Units (SI) with high confidence. Such measurements are the most reliable because the units are based on fundamental constants of nature, which do not change over time. Therefore, the team used gravimetry to check the reliability of microscopy in determining droplet dimensions.

The first standard object consisted of sharp metal edges separated by a calibrated distance to represent the diameter of a microdroplet. Such “knife edges,” which assume a flat boundary between the edge of a microdroplet and surrounding space, are commonly used to test optical systems but bear only a passing resemblance to microdroplets.

The other standard object consisted of plastic spheres with calibrated diameters, which produce images in the microscope very similar to those of microdroplets. Indeed, the scientists found that when they used the plastic spheres to calibrate their measurements of image boundaries, the microdroplet volume derived from microscopy precisely matched that from gravimetry. (The researchers found that the knife edges resulted in a poorer match.) The scientists also calibrated several other aspects of the optical microscope, including focus and distortion, maintaining the links to the SI throughout.

With these improvements, optical microscopy resolved the volume of microdroplets to one trillionth of a liter. The standards and calibrations are practical and can be applied to many types of optical microscopes employed in basic and applied research, the researchers noted. In fact, the less advanced the microscope optics, the more a microscopy measurement can benefit from standards and calibrations to improve the accuracy of image analysis.

The NIST researchers, in collaboration with the University of Maryland in College Park, reported the findings December 20 online in Analytical Chemistry.

With the optical microscope calibrated and checked by comparing it with the gravimetry method, the team embarked on another experiment, replacing the cyclopentanol with water microdroplets containing nanoparticles of polystyrene, which are common but unofficial standards for nanoplastic analysis. This system more closely resembles the type of sample that many scientists are interested in, for instance in studying plastic pollution. The researchers used the printer to deposit rows of individual water microdroplets on a surface one at a time.

After landing on the surface, the water microdroplets evaporated, leaving behind the nanoparticles. The team then counted the nanoparticles, which were labeled with a fluorescent dye. In this way, the team recorded the number of particles suspended within the volume of each microdroplet, which provides a measure of concentration. This measurement is both a way to sample the bulk liquid and study the properties of microdroplets containing small numbers of nanoparticles.

Using this method and an illumination system that is faster than the one employed by the team, scientists would have the capability of measuring the volume, motion and contents of a spray or cloud of microdroplets, the researchers said. Such measurements could play a key role in future studies for epidemiological, environmental and industrial applications.