A new study published in the De Gruyter journal Nanophotonics by lead authors Huanyang Chen at Xiamen University, China, and Qiaoliang Bao, suggests the use of the material Molybdenum Trioxide (α-MoO3) to replace expensive and difficult to produce metamaterials in the emerging technology of novel optical devices.

The idea of an invisibility cloak may sound more like magic than science, but researchers are currently hard at work producing devices that can scatter and bend light in such a way that it creates the effect of invisibility.

Thus far these devices have relied on metamaterials – a material that has been specially engineered to possess novel properties not found in naturally occurring substances or in the individual particles of that material – but the study by Chen and co-authors suggests the use of α-MoO3 to create these invisibility devices. 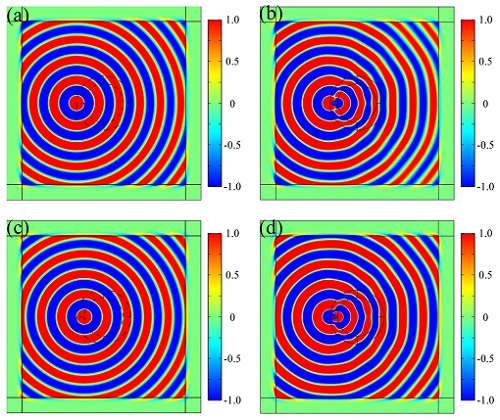 Possessing some unique properties, this material can provide an excellent platform for controlling energy flow. The team’s simulation results showed that when cylindrical or rolled up α-MoO3 materials replace metamaterials, the simplified invisibility concentrator can gain the effects of electromagnetic invisibility and energy concentration that would be demonstrated by a near perfect-invisibility device.

As a result, the study shows that hyperbolic materials such as α-MoO3 and Vanadium pentoxide (V2O5) could serve as a new basis for transformation optics, opening the possibility of photonic devices beyond invisibility concentrators, including improved infrared imaging and detection systems.

Transformation optics has been a hot topic in physics over recent decades thanks to the discovery that the path light takes through a continuous medium can be the same as its propagation through a curved space that has undergone a coordinate transformation.

The consequence of this is that the behavior of light can be manipulated as it passes through a material, something that has led to the creation of a multitude of novel optical devices, such as invisibility cloaks – a camouflage material that could cover an object and bend light around it making it almost disappear – and other optical illusion devices.

“It is the first time that 2D materials have been used for transformation optical devices. Usually, we need metamaterials but this is much simpler,” says Chen. The researcher continued by explaining that the first application for the results of this study might be a large size energy concentrator capable of improving such devices. “We are now performing experiments by rolling up the α-MoO3, the results of which we hope will appear very soon.”

Read the original article on chemeurope.