Self-assembling and Complex, Nanoscale Mesocrystals Can Be Tuned for a Variety of Uses

A research team from KTH Royal Institute of Technology and Max Planck Institute of Colloids and Interfaces report to have found the key to controlled fabrication of cerium oxide mesocrystals. The research is a step forward in tuning nanomaterials that can serve a wide range of uses —including solar cells, fuel catalysts and even medicine.

Mesocrystals are nanoparticles with identical size, shape and crystallographic orientation, and they can be used as building blocks to create artificial nanostructures with customized optical, magnetic or electronic properties. 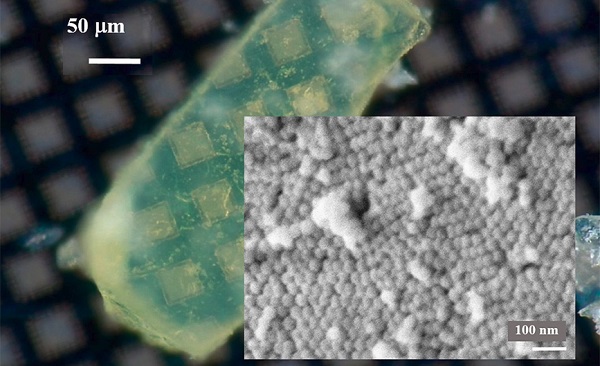 In nature, these three-dimensional structures are found in coral, sea urchins and calcite desert rose. Artificially-produced cerium oxide (CeO2) mesocrystals—or nanoceria—are well-known as catalysts, with antioxidant properties that could be useful in pharmaceutical development.

Because of their complexity, mesocrystal formation doesn’t follow the same path as ordinary crystals—a process called Ostwald Ripening, where smaller particles in solution dissolve and deposit on larger particles.

The researchers found that a gel-like, amorphous phase forms a matrix in which primary particles, about 3nm in size, align with each other, self-assembling into mesocrystals with a diameter of 30nm.

“If the mesocrystal was a house, this amorphous phase plays the role of the cement that connects the aligned bricks in the walls, Dr. Soroka says.

They also found that the mesocrystals can further self-organize and form supracrystals, visible to the naked eye. “Just as an architect may design not a single house but a whole neighborhood with the houses oriented in a certain way to serve the needs of their inhabitants,” she says.

This multi-level hierarchical architecture of supracrystals is an interesting concept for future materials design, she says. “People are fascinated by the variety of structures and complex forms that are found in nature, such as sea urchins and corals. And scientists are interested in how the crystallation processes work.

"Our work is a contribution to this understanding.”