From Quantum Vibrations to Nanodiamonds, Unusual Toolbox Puts Dangerous SARS-CoV-2 Variants Under Surveillance – and May Detect the Most Infectious

With each new SARS-CoV-2 variant that has emerged, global panic ensues to determine its level of threat. But a group of quantum biologists, engineers, and virus physicists think we already have the tools to more easily detect—and stop—dangerous coronaviruses and their variants.

At the 2022 APS March Meeting, the scientists will discuss how quantum vibrations, molecular mapping, genetic hotspot surveillance, and nanodiamonds are poised to unravel the secrets of SARS-CoV-2’s spike protein and RNA, leading to better diagnosis, variant risk assessment, and treatment.

They will share their results at a press conference at 12 p.m. CDT on Thursday, March 17, 2022. The conference will be held onsite and streamed via Zoom.

All SARS-CoV-2 viruses use the spike protein to gain entry to host cells—making that protein crucial to developing better vaccines and drugs. But one area of the spike’s geography remains difficult to map: the exact location where the virus attaches. 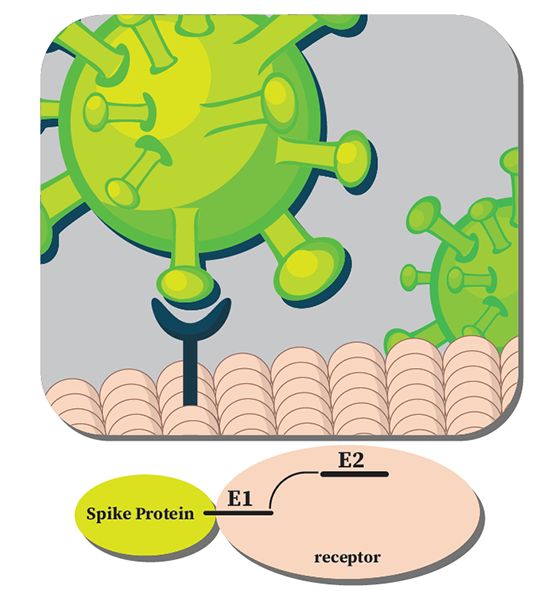 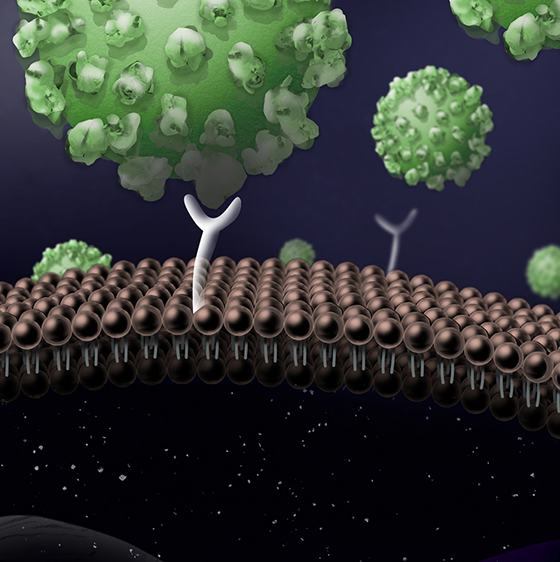 So Karissa Sanbonmatsu, a Los Alamos National Laboratory structural biologist, together with Chang-Shung Tung applied the latest computational methods to find out the region’s molecular makeup.

“We present new models of the part of the spike protein that anchors the virus to the host that are consistent with experimental data,” said Sanbonmatsu. At the meeting, she will discuss how the simulations explain confusing density measurements found in experiments.

The binding between spike protein and host cell also results in some “bad vibrations,” a group at the University of KwaZulu-Natal has found.

“In the case of the SARS-CoV-2, we show that the spike protein vibrations can increase the probability of an electron transfer in host receptors,” said Francesco Petruccione, a quantum biologist who will present the results.

The group investigated what role this quantum tunneling could play in SARS-CoV-2 infection—and whether treatments could be designed to interrupt the vibrations that help the virus bind. Mutations that lead to new variants also lead to different vibration patterns.

“The most practical outcome of this research is the identification of new therapeutics to prevent SARS-CoV-2 infection,” said Petruccione. “This model of receptor activation also may offer a way to predict the infectiousness of new strains of SARS-CoV-2.”

University of California Riverside physicist John Barton and collaborators decided to take an unexpected approach to the problem by combining genomic surveillance and the tools of statistical physics.

“Our method is the first, to our knowledge, to be able to comprehensively assess the effects of SARS-CoV-2 mutations on viral transmission, including the travel of infected individuals, using the millions of viral sequences that have been collected during the pandemic,” said Barton.

The team found hotspots in the SARS-CoV-2 genome where highly-infectious mutations emerge—including in proteins far less studied than the spike. At the meeting, Barton will present updated data regarding the Omicron variant.

“Importantly, our model allows us to very rapidly detect more transmissible variants of the virus as they arise: We can detect significantly increased transmission for the variants Alpha and Delta when they were at frequencies of only around 1% in particular regions,” said Barton.

No matter the variant, early detection of coronavirus infection matters critically for stopping transmission and surges.

“We propose and are experimentally demonstrating a hybrid quantum sensor for virus RNA, based on nitrogen-vacancy spin defects in nanodiamonds and magnetic nanoparticles,” said Li. The group published initial designs in Nano Letters.

Li will share new preliminary experimental results at the meeting. Just several hundred copies of SARS-CoV-2 would be enough to ping the quantum sensor, meaning that fewer than 1% of tests would accidentally come back negative. The test promises to be cheap, quick, and easy to scale up.

From the quantum to the computational, statistical to vibrational, physics and its well-established techniques could not only hasten the end of the current pandemic, but lay the groundwork for more quickly responding to the next.