Carbon exhibits a remarkable tendency to form nanomaterials with unusual physical and chemical properties, arising from its ability to engage in different bonding states. Many of these “next-generation” nanomaterials, which include nanodiamonds, nanographite, amorphous nanocarbon and nano-onions, are currently being studied for possible applications spanning quantum computing to bio-imaging. Ongoing research suggests that high-pressure synthesis using carbon-rich organic precursors could lead to the discovery and possibly the tailored design of many more.

To better understand how carbon nanomaterials could be tailor-made and how their formation impacts shock phenomena such as detonation, Lawrence Livermore National Laboratory (LLNL) scientists conducted machine-learning-driven atomistic simulations to provide insight into the fundamental processes controlling the formation of nanocarbon materials, which could serve as a design tool, help guide experimental efforts and enable more accurate energetic materials modeling.

Laser-driven shock and detonation experiments can be used to drive carbon-rich materials to conditions of temperatures of the 1,000s of degrees Kelvin (K) and pressures of 10s of GPa (one GPa equals 9,869 atmospheres), under which complex processes lead to the formation of 2-10 nanometer nanocarbons within 100s of nanoseconds. However, the precise chemical and physical phenomena governing emergent nanocarbon formation under elevated pressure and temperature have not been fully explored yet, due in part to the challenges associated with studying systems at such extreme states.

Recent experiments on nanodiamond production from hydrocarbons subjected to conditions similar with those of planetary interiors offer some clues on possible carbon condensation mechanisms, but the landscape of systems and conditions under which intense compression could yield interesting nanomaterials is too vast to be explored using experiments alone.

The LLNL team found that liquid nanocarbon formation follows classical growth kinetics driven by Ostwald ripening (growth of large clusters at the expense of shrinking small ones) and obeys dynamical scaling in a process mediated by reactive carbon transport in the surrounding fluid. 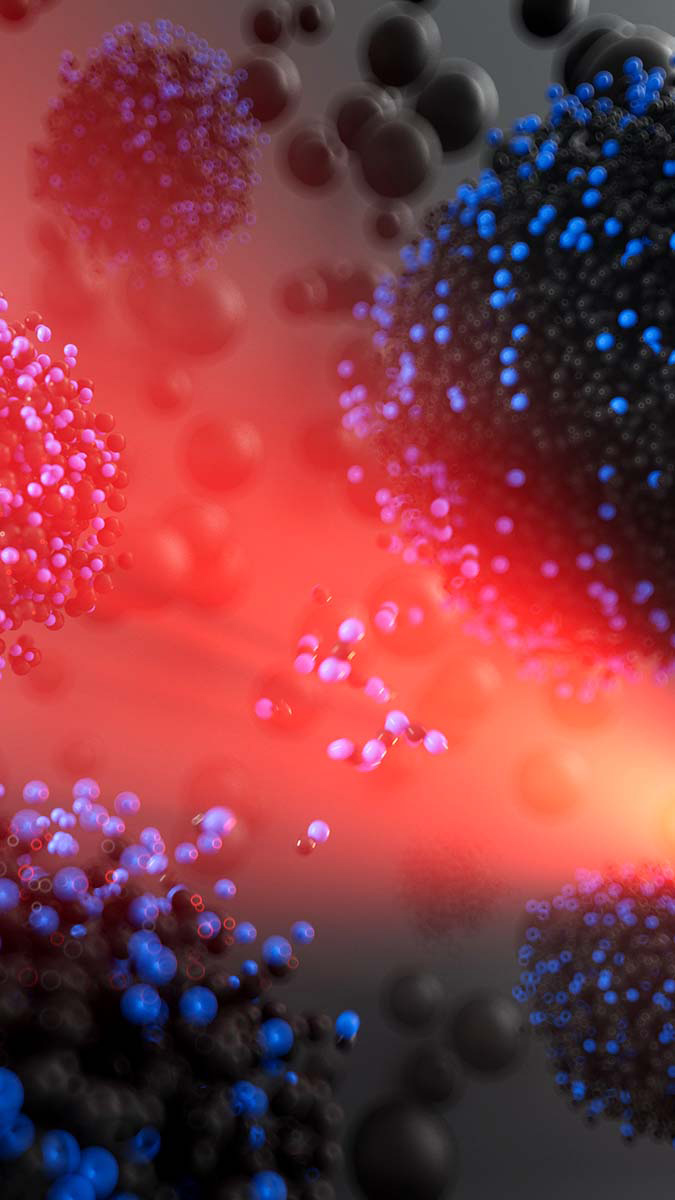 “The results provide direct insight into carbon condensation in a representative system and pave the way for its exploration in higher complexity organic materials, including explosives,” said LLNL researcher Rebecca Lindsey, co-lead author of the corresponding paper appearing in Nature Communications.

Carbon condensation in organic systems subject to high temperatures and pressures is a non-equilibrium process akin to phase separation in mixtures quenched from a homogenous phase into a two-phase region, yet this connection has only been partially explored; notably, phase separation concepts remain very relevant for nanoparticle synthesis.

“Our simulations have yielded a comprehensive picture of carbon cluster evolution in carbon-rich systems at extreme conditions — which is surprisingly similar with canonical phase separation in fluid mixtures — but also exhibit unique features typical of reactive systems,” said LLNL physicist Sorin Bastea, principal investigator of the project and a co-lead author of the paper.