Russian scientists have found out why, instead of simply burning down at high temperatures, graphene oxide opens the door to a promising and inexpensive graphene production method. The research was published in the journal Carbon.

It has been over a decade since the Nobel Prize was awarded for graphene experimental research, but scientists still have not found a way to obtain high-quality large-area graphene, which would be cheap, efficient and scalable for industrial needs. Graphene reduction from graphene oxide by laser irradiation appears as a promising route: with graphene oxide produced from ordinary graphite using chemical methods, the laser-aided reduction technique holds much promise in terms of cost and controllability of the resulting material quality.

A few years ago, a group of Skoltech researchers discovered that heating graphene oxide to 3300-3800 K, even under atmospheric conditions, can produce graphene of fairly high quality. 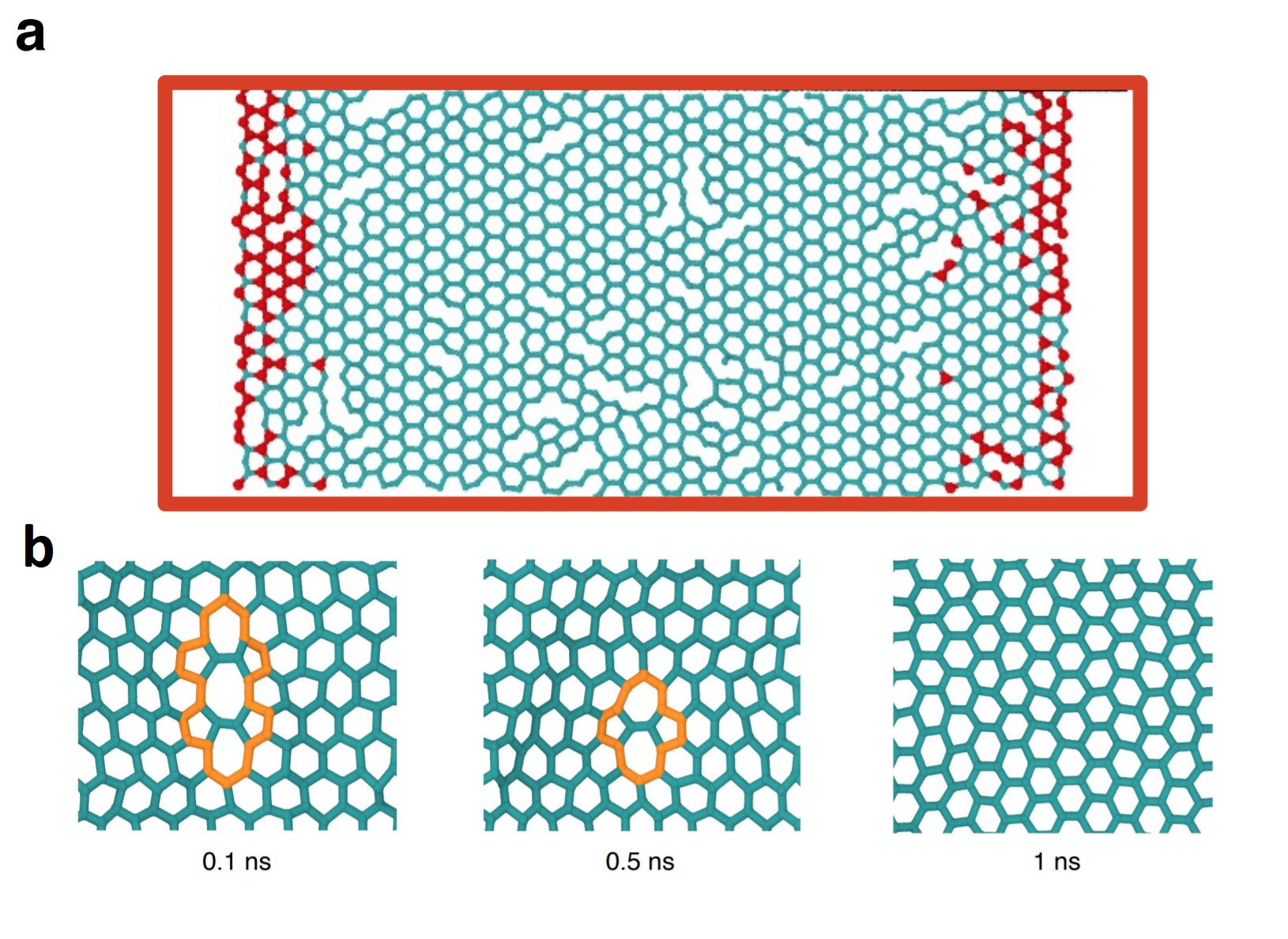 “The result came as a big surprise for our colleagues: the temperature was very high, yet they obtained well-structured material. Carbon materials burn readily in atmospheric oxygen at 600-800 K or higher, whereas in the experiment at much higher temperatures graphene acquired good structural properties,” − Nikita Orekhov, deputy head of the MIPT Laboratory of Supercomputer Methods in Condensed Matter Physics, explains. − “To figure out the reason for this unexpected effect, we decided to study the high-temperature graphene oxide reduction process using supercomputer atomistic modeling* and perform additional research following on our colleagues’ experiment design.”

The researchers found that, on the one hand, at high temperatures (T > 3000 K) oxygen atoms from the gaseous environment interact intensively with graphene, oxidizing and destroying it. On the other hand, fast annealing of the crystal lattice begins at the same temperatures, which allows to eliminate defects. During the annealing, the lattice structure straightens out instead of falling apart.

“It turns out that two opposite processes occur concurrently in different places within a material exposed to laser pulses: burning, or destruction, is localized near the defects and boundaries of graphene sheets where carbon atoms are the most chemically active, while annealing occurs primarily in the center of the sheet where atoms prefer to settle back into a stable configuration,” Stanislav Evlashin, leading research scientist at the Skoltech Center for Materials Technologies (CMT), comments.

The findings shed light on the behavior of graphene oxide at extreme temperatures, where straightforward experiments are hardly possible. Understanding the processes described in the paper can help further develop and optimize the methods for obtaining high-quality graphene with large-area monocrystals.

*Atomistic modeling helps to numerically describe and predict the behavior of individual atoms, typically in a very small amount of matter. These methods are extremely computationally expensive and require high-performance supercomputers that can solve a task by using hundreds and even thousands of processors simultaneously.