Multifunctional Graphene-based Composites Oriented by Roles of Graphene in Photocatalysis

Nowadays, multifunctional GR-based photocatalysts, such as GR-semiconductor, GR-metal, and GR-organics have been widely employed in photocatalytic water splitting, environmental purification, carbon dioxide reduction, and selective organic synthesis to provide a viable and sustainable strategy to the problems of energy shortage and environmental crisis. Owing to the unique and fascinating features of ideal GR, including 2D flat structure, high theoretical specific surface area, superior optical transmittance, excellent electron conductivity, and good chemical stability, GR has been considered as a promising cocatalyst to enhance the conversion efficiency of solar energy of artificial photosynthesis systems. Besides, in some specific photocatalytic systems, GR also is able to act as the macromolecular photosensitizer to generate photoelectrons by itself. 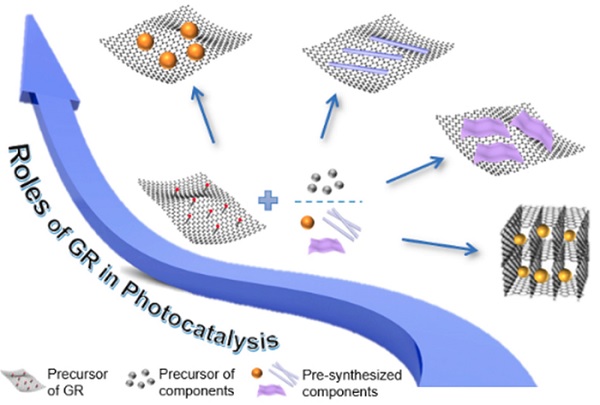