Researchers have developed a new measurement and imaging approach that can resolve nanostructures smaller than the diffraction limit of light without requiring any dyes or labels. The work represents an important advance toward a new and powerful microscopy method that could one day be used to see the fine features of complex samples beyond what is possible with conventional microscopes and techniques.

The new method, described in Optica, Optica Publishing Group’s journal for high-impact research, is a modification of laser scanning microscopy, which uses a strongly focused laser beam to illuminate a sample. The researchers expanded on the technique by measuring not only the brightness, or intensity, of the light after it interacts with a specimen under study, but also detecting other parameters encoded in the light field.

“Our approach could help extend the microscopy toolbox used to study nanostructures in a variety of samples,” said research team leader Peter Banzer from the University of Graz in Austria. “In comparison to super-resolution techniques based on a similar scanning approach, our method is fully non-invasive, meaning it doesn’t require any fluorescent molecules to be injected into a specimen before imaging.”

The researchers show that they can measure the position and sizes of gold nanoparticles with an accuracy of several nanometers, even when multiple particles were touching.

“Our novel approach to laser-scanning microscopy could close the gap between conventional microscopes with limited resolution and super-resolution techniques that require modification of the specimen under study,” said Banzer. 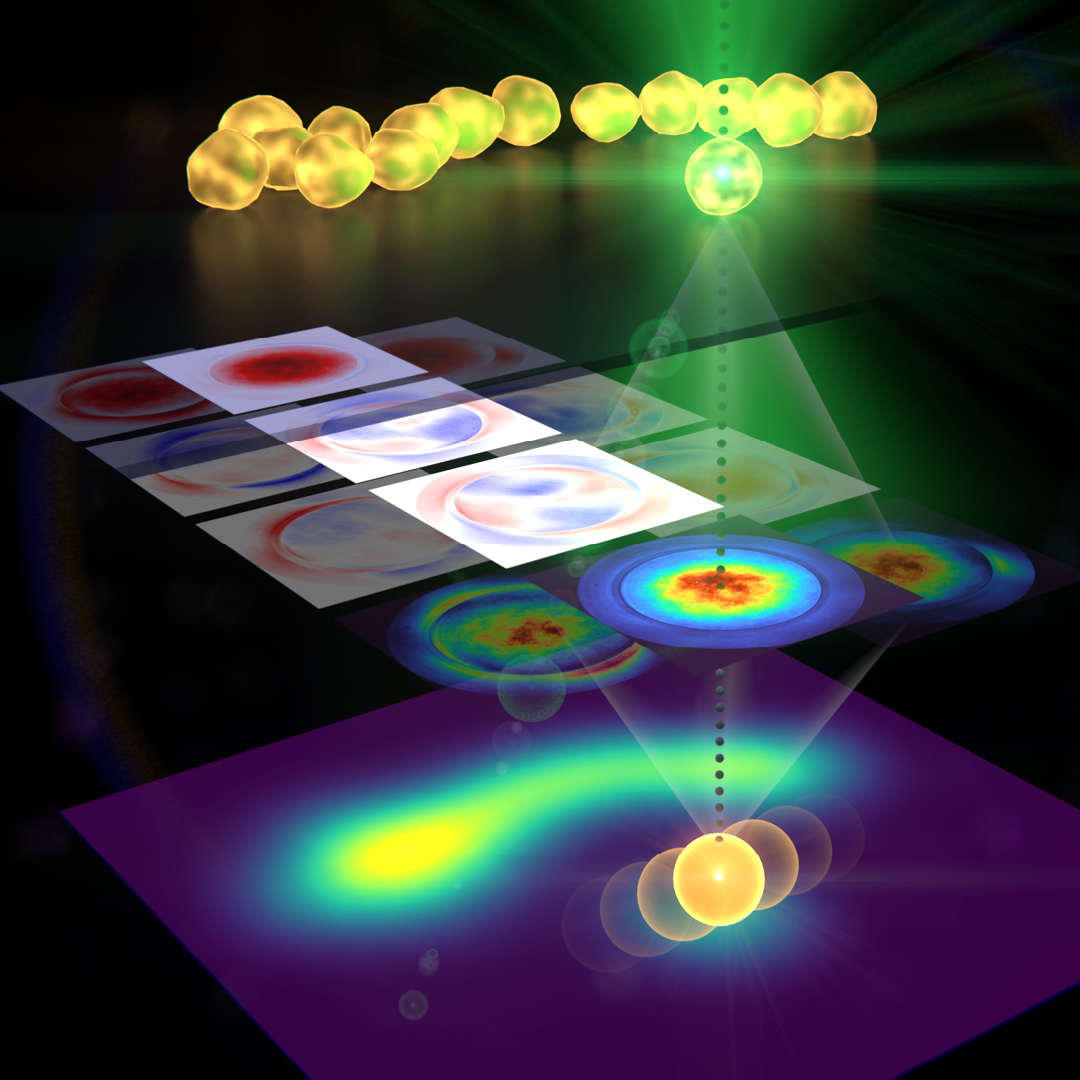 Researchers have developed a new measurement and imaging approach that can resolve nanostructures smaller than the diffraction limit of light. After light interacts with a sample, the new technique measures the light intensity as well as other parameters encoded in the light field.

In laser-scanning microscopy, a light beam is scanned across the sample and the transmitted, reflected or scattered light coming from the sample is measured. Although most microscopy methods measure the intensity, or brightness, of light coming from the sample, a great deal of information is also stored in other characteristics of the light such as its phase, polarization and the scattering angle. To capture this additional information, the researchers examined the spatial resolution of the intensity and polarization information.

“The phase and polarization of light, together with its intensity, vary spatially in a way that incorporates fine details about the sample with which it interacts — much like the shadow of an object tells us something about the shape of the object itself,” said Banzer. “However, much of this information is ignored if only the overall light power is measured after the interaction.”

They demonstrated the new approach by using it to study simple samples containing metallic nanoparticles of different sizes. They did this by scanning the area of interest and then recording polarization and angle-resolved images of the transmitted light. The measured data was evaluated using an algorithm that creates a model of the particles that automatically adapts to resemble the measured data as precisely as possible.

“Although the particles and their distances were much smaller than the resolution limit of many microscopes, our method was able to resolve them,” said Banzer. “In addition, and even more importantly, the algorithm was able to provide other parameters about the sample such as the precise size and position of the particles.”

The researchers are now working to adapt the method so that it could be used with more complex samples. The functionality of the approach can also be expanded by tailoring the structure of the light that interacts with the sample and incorporating artificial intelligence-based approaches into the image processing steps. On the detection side, the authors, together with other experts, are currently developing a special camera as part of a European project called SuperPixels. This next-generation detection device will be capable of resolving polarization and phase information in addition to intensity.

“Our study is another demonstration of the pivotal role that the structure of light can play in the field of optics and light-based technologies,” said Banzer. “Many intriguing applications and phenomena have been demonstrated already, but there is more to come.”