INRS researchers and international partners have succeeded in looking at spin inside rare earth materials, using a tabletop ultrafast soft-X-ray microscope, for the first time.

Sharing real-time information requires complex networks of systems. A promising approach for speeding up data storage devices consists of switching the magnetization, or the electrons’ spin, of magnetic materials with ultra-short femtosecond laser pulses. But, how the spin evolves in the nanoworld on extremely short time scales, in one millionth of one billionth of a second, has remained largely mysterious. The team of Professor François Légaré at the Institut national de la recherche scientifique (INRS) has made a major breakthrough in this field, in collaboration with TU Wien, Austria, the French national synchrotron facility (SOLEIL) and other international partners. Their work was published in the journal Optica. 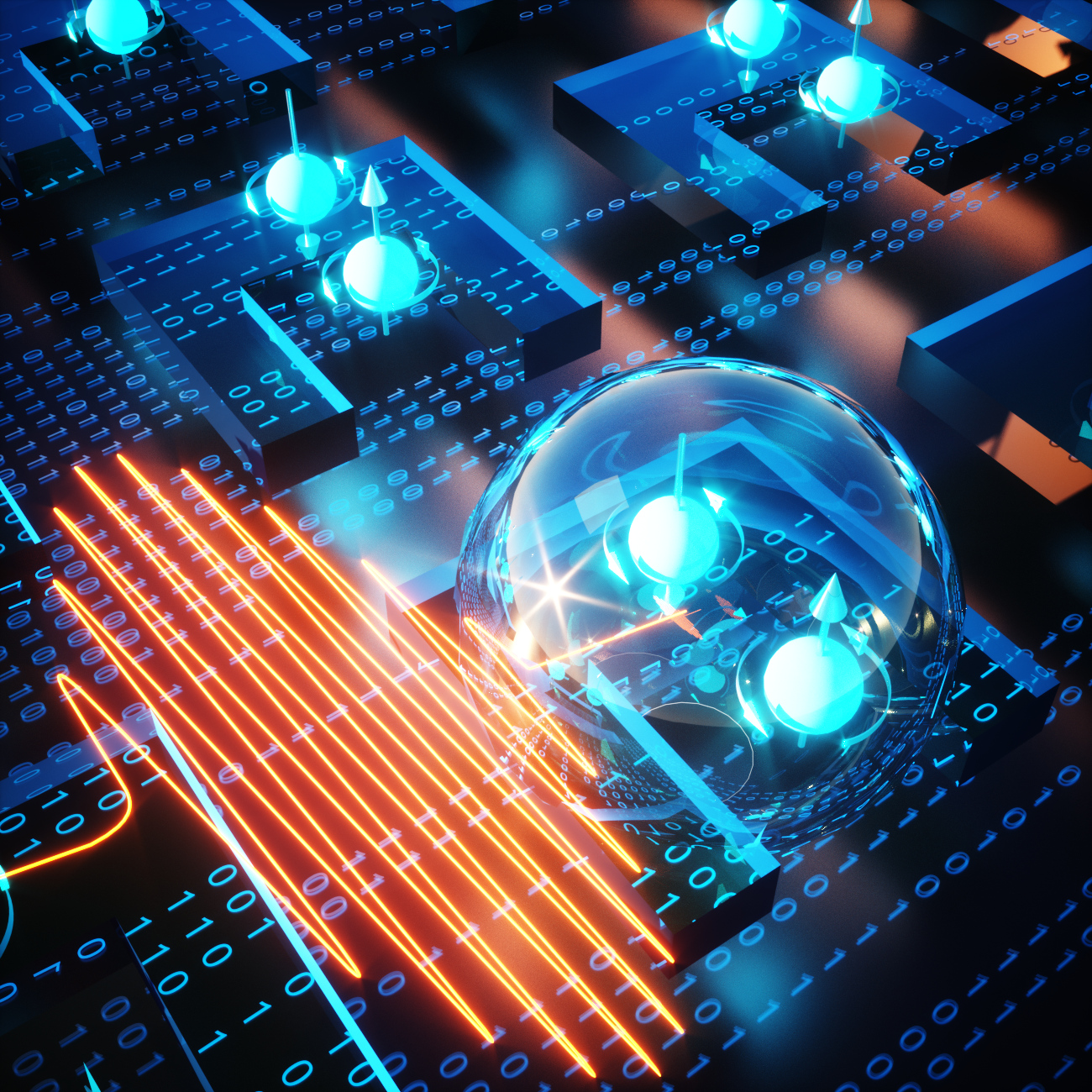 Representation of ultrafast magnetic scattering on ferrimagnets enabled by a bright Ytterbium-based soft x-ray source, which made the cover of Optica.

So far, studies on the subject strongly rely on limited access large X-ray facilities such as free-electron lasers and synchrotrons. The team demonstrates, for the first time, a tabletop ultrafast soft X-ray microscope to spatio-temporally resolve the spin dynamics inside rare earth materials, which are promising for spintronic devices.

This new soft X-ray source based on a high-energy Ytterbium laser represents a critical advance for studying future energy-efficient and high-speed spintronic devices and could be used for many applications in physics, chemistry, and biology.

“Our approach provides a robust, cost-efficient and energy-scalable elegant solution for many laboratories. It allows the study of ultrafast dynamics in nanoscale and mesoscale structures with both nanometre spatial and femtosecond temporal resolutions, as well as with the element specificity,” says Professor Andrius Baltuska, at TU Wien.

With this bright source of X-ray photons, a series of snapshot images of the nanoscale rare earth magnetic structures have been recorded. They clearly expose the fast demagnetization process, and the results provide rich information on the magnetic properties that are as accurate as those obtained using large-scale X-ray facilities.

“Rare earth systems are trending in the community because of their nanometer size, faster speed, and topologically protected stability. The X-ray source is very attractive for many studies on future spintronic devices composed of rare earth.” says Nicolas Jaouen, senior scientist at the French national synchrotron facility.