The brilliant blue of the Hope Diamond is caused by small impurities in its crystal structure. Similar diamond impurities are also giving hope to scientists looking to create materials that can be used for quantum computing and quantum sensing.

In new research from the U.S. Department of Energy’s (DOE) Argonne National Laboratory, researchers have created extremely thin membranes of pure diamond. In a few locations in the crystal structure of the membrane, however, the team substituted carbon atoms with other atoms, notably nitrogen. These defects connect to neighboring atomic vacancies — regions where an atom is missing — creating unusual quantum systems known as ​“color centers.” Such color centers are sites for storing and processing quantum information. 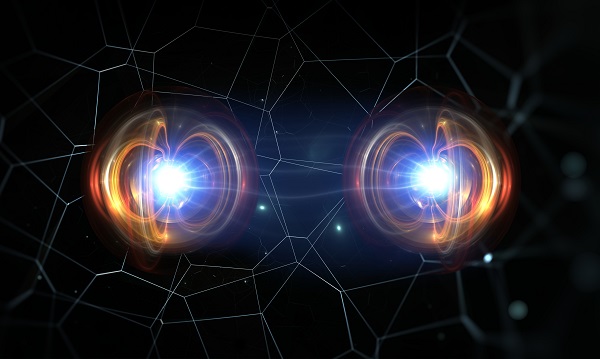 Defects in diamond membranes could hold the key to new quantum sensing materials.

Equipped with a way to cheaply and easily create diamond membranes that have robust color centers, scientists at Argonne hope to build a kind of assembly line for generating large numbers of these membranes for quantum experiments around the world.

The ability to grow the membranes could be the ticket to enhancing collaboration between different laboratories devoted to quantum information science, said University of Chicago graduate student Xinghan Guo, lead author of the study.

“Essentially, we hope this will eventually give us the ability to become a one-stop shop for quantum sensing materials,” Guo said.

“The defects in the diamond are interesting to us because they can be exploited for quantum application,” said Nazar Delegan, scientist in Argonne’s Materials Science division and the Pritzker School of Molecular Engineering at the University of Chicago and a collaborator with Q-NEXT. ​“Making these membranes allows us to integrate these defects with other systems and enables new experimental configurations.”

Diamond is mechanically hard, chemically stable and generally expensive — in other words, it is kind of a scientific nightmare, notoriously difficult to fabricate and integrate. At the same time, diamond’s particular structure makes it a great host for color centers that can store quantum information for a long time, Guo said.

“Conventional diamond as a substrate is super hard to work with,” he said. ​“Our membranes are thinner and more accessible for a wide range of experiments.”

The new diamond material fashioned by the researchers offers greater crystal and surface quality, enabling greater control over the coherence of the color centers.

“You can peel the membrane off and put it on a wide range of substrates, even put it on a silicon wafer. It’s a cheap, flexible and easy way of working with color centers without having to work directly with conventional diamond,” Guo said.

“Because we’re able to control and maintain the quantum properties in individual defects within these very thin materials, it makes this platform promising as basis for a quantum technologies,” Delegan said.

A paper based on the study ​“Tunable and transferable diamond membranes for integrated quantum technologies” appeared in the December 13, 2021, online edition of Nano Letters.