Yolk-Shell Nanocrystals with Movable Gold Yolk: Next Generation of Photocatalysts

Yolk-shell nanocrystals are unique materials with fascinating structural properties, such as a permeable shell, interior void space, and movable yolk. These nanocrystals are suitable for a variety of applications, depending on the choice of materials used for their fabrication.

For example, if the inner surface of their shells are reflective, yolk-shell nanocrystals can make for a reliable photovoltaic device. A mobile core can can act as a stirrer, capable of mixing solutions held within the shell. The inner and outer surfaces of the shell provide plenty of active sites for reactions, and the yolk-shell structure's fascinating properties (a result of electronic interactions and charge-transfer between the surfaces of the structure) make these nanocrystals ideal for photocatalysis applications. Understandably, yolk-shell nanocrystals have earned the attention of researchers worldwide.

Now, in a collaborative study published in ACS Applied Nano Materials , which was also selected as the ACS Editors' Choice, an international research team led by Associate Professor Tso-Fu Mark Chang and Assistant Professor Chun-Yi Chen at Tokyo Institute of Technology (Tokyo Tech) and Professor Yung-Jung Hsu at the National Yang Ming Chiao Tung University in Taiwan have developed several yolk-shell structures containing a metallic gold (Au) yolk with various semiconductor shells. Such structures have risen in popularity worldwide because of their fascinating properties, owing to their Au cores.

"Yolk-shell nanocrystals comprising of a metal yolk and semiconductor shells are particularly interesting because they can be geared to mass transport-related utilizations, for example, photocatalysis," says Professor Chen. 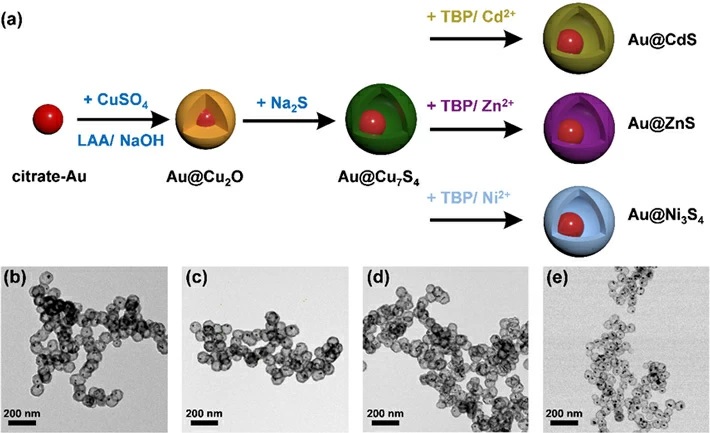 The performance of these yolk-shell structures as photocatalysts was evaluated using x-ray photoelectron spectroscopy (XPS) and steady-state photoluminescence (PL) spectroscopy.

Using XPS, the researchers found the metal cores and semiconducting shells of the nanocrystals to have electronic interactions favorable for photocatalysis applications. Time-resolved PL spectroscopy revealed the nanostructures to have high PL intensity, indicating high photocatalytic activity, implying that they were highly capable of absorbing light and generating electron-hole charge carriers (as shown in Figure 2). 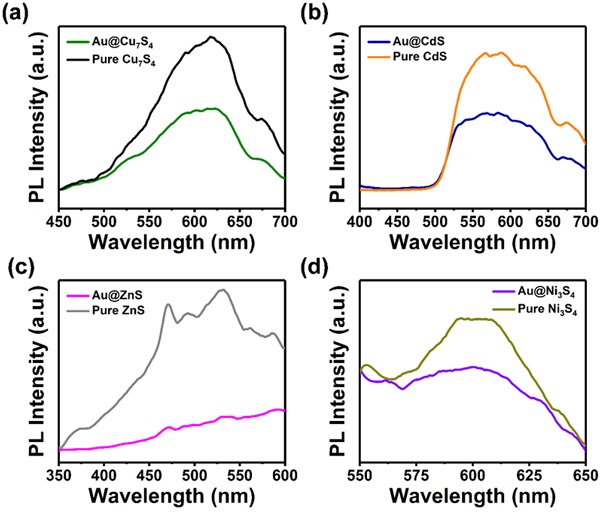 "In a real-world scenario, the reactions facilitated by separated photoexcited electrons and holes play a role in environmental purification, by producing reactive oxygen species," explains Prof. Chen, describing one scenario in which their novel yolk-shell photocatalysts could be used. These photoexcited electrons and holes can facilitate a multitude of reactions, making yolk-shell nanocrystals applicable in many fields such as environmental purification, hydrogen production, and carbon dioxide reduction.