A research team led by JI Shulin from the Hefei Institutes of Physical Science of the Chinese Academy of Sciences (CAS) has recently discovered that the better the plasticity of the silver nanowire films, the more resistant they were to shear fracture after they studied the mechanism of silver nanowire films. Results were published in Nanotechnology.

Silver nanowire transparent conductive films show outstanding application advantages for touch screens, sensors, solar cells, film heaters and other fields due to their excellent conductivity, optical high definition and good flexibility. However, as one of the important flexible electronic materials under extreme mechanical conditions, the properties of silver nanowire films are unstable.

The study of the fracture behavior of silver nanowires in thin films under shear stress involved shear tests, nano-indentation experiments, stress-strain theoretical simulation and in-depth microstructural analysis. The researchers found that using different diameters of nanowires and film thicknesses to transfer forces in the films, plastic deformation caused by defect nucleation and movement in the stress concentration area would lead to differences in nanowire "necking".

Therefore, adding an ultra-thin metal buffer layer between the silver nanowire film and the substrate to disperse the stress could improve the shear fracture resistance of the films without affecting the optical properties, and could also enhance the flexural stability of the films.

In addition to shear fracture, the team investigated film uniformity and anti-scratch resistance under repeated bending. They achieved higher uniformity than Indium Tin Oxide with a surface hardness of 3H over thousands of bends. 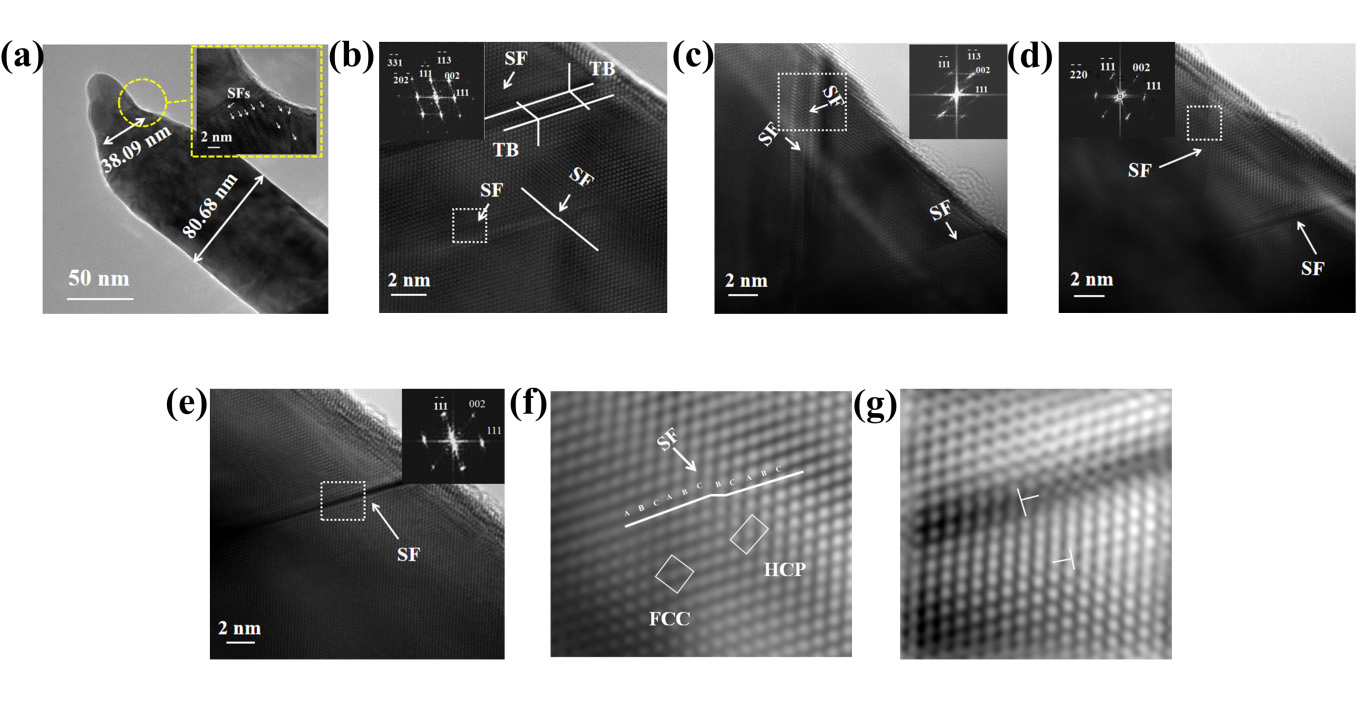 Figure 4. Microstructural characterization of different parts of a silver nanowire after fracture under film shear stress.