The market today requires electronic devices with advanced features and increasingly compact dimensions. The trend towards miniaturization places designers in front of difficult challenges, linked above all to the increasing integration density of the required components and the inevitable problems of overheating. In this article we will see how the approach developed by Carbice Corporation, based on the use of carbon nanotubes, has made it possible to create an effective cooling system that combines the properties of both liquid and solid thermal interface materials (TIMs) in a single solution.

Carbice, a company based in Atlanta, has grown, applied, customized, and manufactured carbon nanotubes at an affordable cost, providing scalable solutions that meet the requirements of today’s most demanding applications.

The Carbice Nanotube Technology is based on aligned carbon nanotubes covalently bonded to an aluminum core. Carbice TIM overcomes the limitations of previous TIMs, such as too low thermal conductivity, too high thermal resistance, and manufacturing complexity.

Moreover, the performance of conventional TIMs degrades over time due to complex thermal–mechanical changes which occur on the interface between different materials during cycling. That, in turn, compromises the overall device performance and reduces its lifespan.

The TIM developed by Carbice is named no–compromise because it features both the benefits of solid TIMs (high thermal conductivity and ease of processing) and liquid TIMs (low thermal interface resistance), but without any of their limitations. Carbice TIM has great thermal conductivity and low thermal resistance, is easy to work with, and does not degrade over time and cycling. 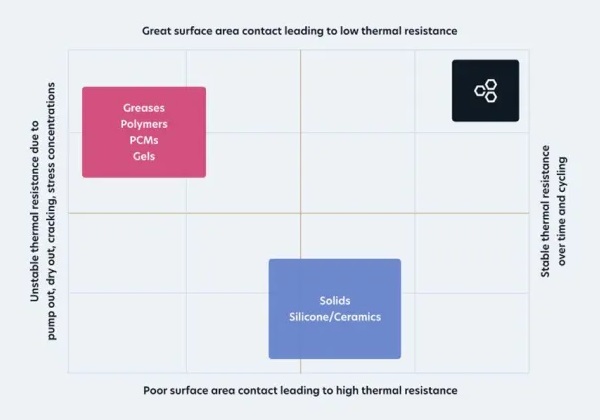 Figure 1: Carbice is more reliable than other thermal solution over time and cycling.

“I actually got the idea of Carbice from my experience working at Intel. At that time, my interest was in burn-in test, where they were having trouble finding a thermal interface material that was reliable enough, or practical to install in high-volume manufacturing,” said Baratunde Cola,  CEO and founder of Carbice, in an interview with EE Times. “So, I thought it would be an interesting approach to use robust materials like vertically aligned carbon nanotubes to meet the harsh mechanical and thermal requirements, with a much easier assembly process.”

The material is built by growing, at the nanoscale, billions of aligned and thermally–conductive Carbice nanotubes so that they can form paths for heat to move from the hot side to the cold side. As shown in Figure 2, these nanotubes are also flexible, they can bend and rebound to fill void spaces on the thermal interface, and match the dynamic thermal–mechanical changes of the interface during cycling. This allows Carbice to achieve uncompromised device performance with extended device lifespan. 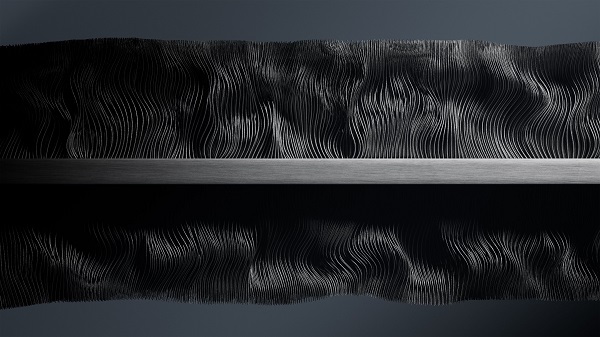 “In 2017, we started to work to get qualified as a thermal interface material supplier for the Space industry. We went through all of the reliability testing and long term thermal cycling, and we were successful with that, which is huge because once something is qualified for space it is pretty much qualified for any harsh environment. Space then became our first area of commercial business growth”, Cola said.

At the same time, the company entered into semiconductor testing, which was Cola’s starting place at Intel. Different types of Carbice materials are actually used by car manufacturers for reliability testing, such as assessing whether vehicles are compliant with automotive requirements and can successfully operate in extreme temperature conditions, typical of automotive applications.

Carbice Pads are tuned to different needs, including Ice Pad for broad applications, Space Pad for things that go to space, and Contact Pad for interfaces where traditional TIMs experience extreme wear–and–tear. Ice Pad provides best cooling for most applications, such as high–end computing processors, electric vehicle power modules, and consumer electronics. Space Pad is a TRL9 qualified no–compromise TIM used for cooling large and small satellites already in orbit and it is now the standard for space. Meanwhile Contact Pad, the most durable TIM, is designed to meet the challenging scenarios where repeated make–and–break contacts or sliding contacts are needed, such as for semiconductor testing.

“We know that inside hybrid and electric vehicles, semiconductors are operating only at 60 or 70% of their nominal rate because traditional TIMs such as PCM and grease, are going to pump out and degrade over the years. Carbice Pad provides reliable performances over cycling that would not cause derating of your device and can even get better with time”, Cola said.

That means cooling system can be more compact, they can be designed differently to save cost and weight, or you can get more out of fewer semiconductors in your design.

Carbice has recently launched a new website where the technology and engineering community can learn about the Carbice Nanotube Technology and the no–compromise Carbice TIM.

“Our Carbice SIM is the world’s first simulation package that allows you to accurately predict the thermal conductance of an interface without testing it. Whenever our customers have a new design, we can help to optimize it without our customer spending a lot of time and money on testing”, Cola said.

While Carbice SIM can accurately predict the thermal conductance in real application conditions without experiments, Carbice Lab helps customers reduce the cost of qualification. At the Carbice Lab, a group of engineers test, simulate, design, and deliver products addressing different types of industries, so that customers can see the results for themselves. From first inquiry to the finished product, turnaround times can be as little as 14 weeks.

“Our testing lab, Carbice Lab, is where we have done qualifications for customers. It shortens our customer’s time to market, which is an added benefit we bring”, Cola said. “We want it to become a community resource, where engineers can find the support they need for thermal design”.

According to Cola, space and automotive industries are great opportunities for Carbice products, as they involve use cases which have the toughest conditions. The company is also satisfying the requirements of the semiconductor test industry, where the material has to withstand a lot of gimbaled contact insertions.

“At Carbice, we have already conquered the three toughest markets in terms of qualifications”, Cola said.