Nanotechnology Patents in USPTO: Number and Annual Growth Rate during the Past 20 Years 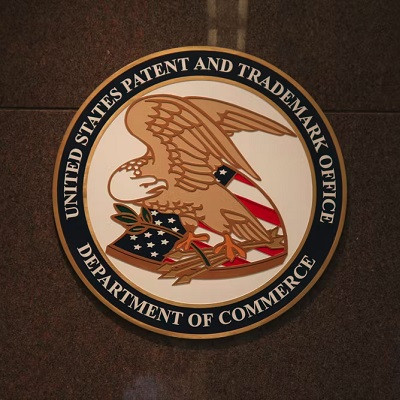 Nearly 113,000 nanotechnology related patents (nano-patents) have been granted by the USPTO over the last 20 years. Contrary to nanotechnology publications, which have witnessed a constant upward trend, nano-patents have undergone fluctuations, and in the timespans of 2007-2008, 2015-2016, and 2019 until present, the growth rate has experienced a sharp decline. While the average annual growth rate of nano-patents in the USPTO was about 40% from 2002 to 2014, this figure reached 1.7% between the years 2014 and 2021. Of course, the impact of the COVID-19 pandemic on recent years’ evident decline should not be overlooked. 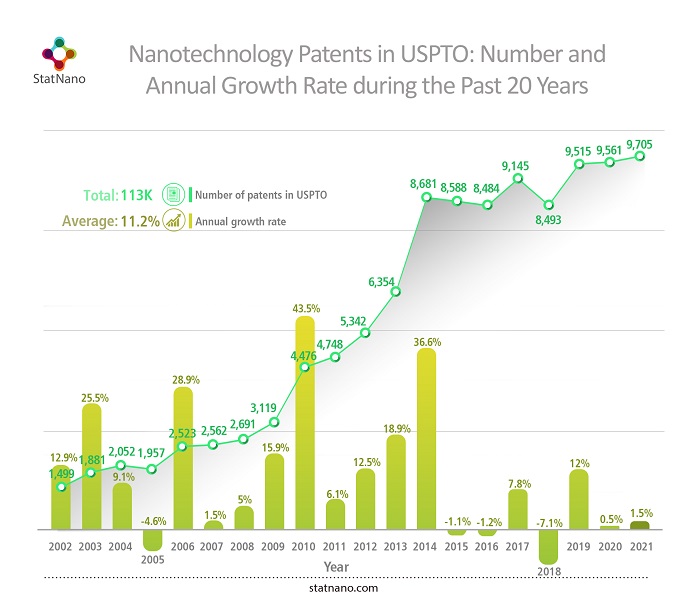