A group of Brazilian scientists uses nanotechnology to reduce the usage of weed control chemicals by a factor of 80.

“Nano” or “nanotechnology” is the manipulation of materials 1 million times smaller than a meter. Ttheoretically this technique can increase efficiency of fertilizers or chemicals usage.

In the experiment, the Brazilian scientists used atrazine nanoformulation and commercial atrazine for comparison purposes. It was applied to mustard, corn and four types of weeds.

The tests were carried out by the group coordinated by Dr. Halley Caixeta Oliveira in a laboratory, greenhouse and in the field at UEL to understand the efficiency in weed control through nano-encapsulation of the active ingredient.

“We were trying to understand the interaction between nanoparticles and plants, using a hydroponics scheme and image analysis. In the case of maize, we used tolerant varieties to the herbicide active ingredient to rule out deleterious effects”, Oliveira said. 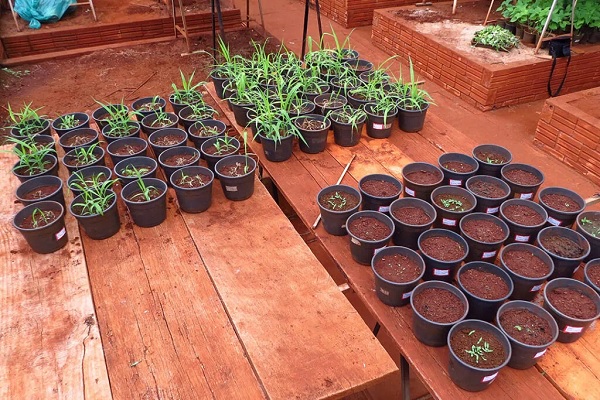 In weeds such as woodpecker (Bidens pilosa) and caruru (Amaranthus viridis) 10 times less chemicals than the recommended dose (200 g ha− 1 versus 2000 g ha− 1) was used.

In addition, they used much less chemicals. In the case of economically important weeds such as woodpecker (Bidens pilosa) and caruru (Amaranthus viridis) at a dose 10 times lower than the commercially recommended dose (200 g ha− 1 versus 2000 g ha− 1).

“Promising results were also found for the control of weeds that are difficult to control and tolerant to the active ingredient, as in the case of bitter grass”, explained Dr. Leonardo Fernandes Fraceto from Unesp.

In other tests, a different composition and method of preparation used 80 times less atrazine to control mustard (Brassica juncea). “Still in relation to nanoparticle atrazine in pre-emergent form, we got 8 times higher efficiency. However, the performance depends on the species”, he added.

For farmers, the advantages would be less pesticide usage in agricultural areas, minimum environmental impact and safer applications, as well as helping the management of difficult-to-control plants by increasing active ingredient efficiency.

“It will also favor the production of food with less pesticide residues. So, agricultural products would have smaller amounts of residues and food safety increases, while environmental impacts will decrease”, Bruno Teixeira de Sousa, PhD candidate at UEL said. 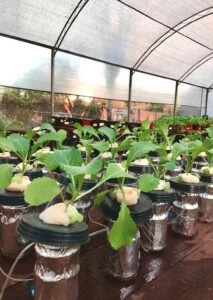 The researchers tried to understand the interaction between nanoparticles and plants, using a hydroponics scheme and image analysis.

According to the scientists, there are already numerous nanotechnology initiatives in research centers, universities and companies and more and more new products.

“Nanotechnology developments in agriculture is a reality. Our research will be developed for pest and disease control aiming at various applications in favour of more sustainable agriculture”, commented Dr. Leonardo.

He sees nanotechnology as a carrier of active ingredients for other pesticides, fertilizers, biostimulant molecules and other products. “Our group started a new line of research, with nature-based solutions for more sustainable food. We are interested in natural compounds and strategies based on models that already exist in nature”, Dr. Leonardo said.