James Baker, chief executive of [email protected], couldn't quite believe what he was seeing as he observed the installation of a new roller disco floor in Manchester's Depot Mayfield development.

The concrete slab was setting so fast, and so strong, that the builders had begun gliding polishing machines over the driest part of the floor while their colleagues were still pouring the other end of the rink.

"Normally, you'd have to wait a week before you could do that," he says. The installation, in October last year, took less than a day.

This concrete was special because it contained a tiny but transformative amount of graphene, microscopic flakes of carbon atoms arranged in a honeycomb lattice. 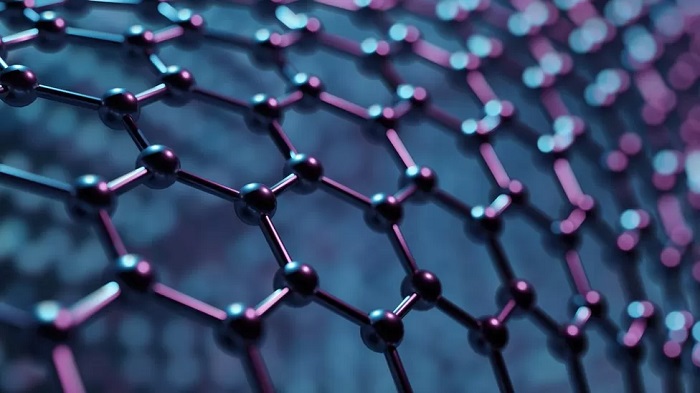 Graphene is the strongest material ever discovered but for nearly two decades has struggled to find a revolutionary role in commercial products. Is that about to change?


Besides improving the mechanical properties of certain materials, it is hoped graphene could also make some projects more environmentally-friendly.

"By adding as little as 0.1% graphene into cement and aggregate, you can potentially use less material to get the same performance," explains Mr Baker. Reducing the amount of concrete used in construction for instance by 30%, could lower global CO2 emissions by 2-3%, he estimates.

Besides the roller disco, Mr Baker and his colleagues have also trialled the graphene-infused concrete, known as concretene, in a gym floor in Wiltshire and some road projects, including a section of the A1 several hundred metres long in Northumberland.

The team will also pour concretene in an as-yet undisclosed project in the United Arab Emirates this year.

These early trials have comprised fairly straightforward projects, Mr Baker explains - floor slabs, rather than walls or elevated platforms, which might be more risky. So far, the concretene has performed as expected, though. 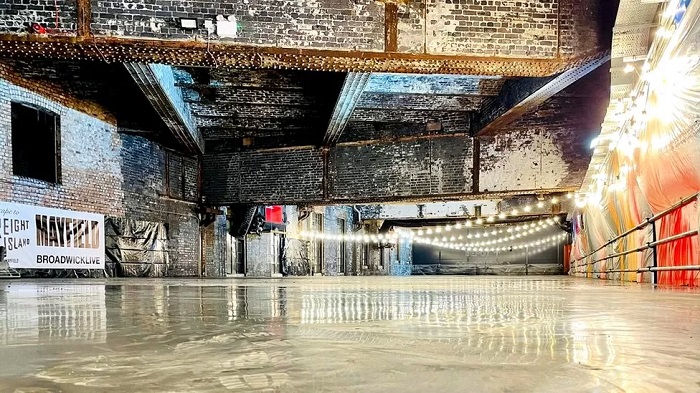 It's not any old concrete at Manchester's Depot Mayfield development.

But why does graphene have this effect on concrete? Carbon fibres have previously been used to reinforce concrete and graphene (though flakes of it are much smaller in size than carbon fibres) plays a similar role, says Lisa Scullion at the University of Manchester's Graphene Engineering Innovation Centre.

There is more than that going on, however. The fragments of graphene may also change how the concrete sets around it.

Perhaps something closer to a block of cheddar, as oppose to Swiss cheese, I suggest.

It's enough to remove the requirement for reinforcing steel bars within the concrete in some applications, says Dr Scullion.

Beyond concrete, graphene could improve the durability of paints and coatings as well, warding off rust. "Because you've got all these little tiny flakes, water and corrosive ions can't penetrate through to the metal as quickly," says Dr Scullion. 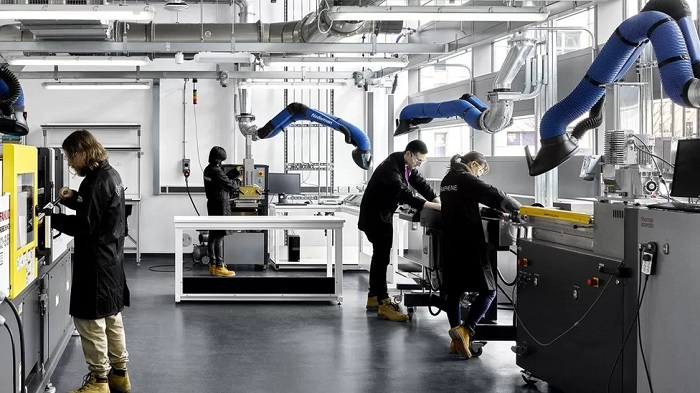 The Graphene Engineering Innovation Centre at The University of Manchester.

And by improving the strength of construction materials, architects could one day design much more elaborate and irregular facades, perhaps some inspired by shapes in nature, suggests Pasquale Cavaliere at the University of Salento.


Graphene has been the subject of excitement for years, ever since its discovery at the University of Manchester in 2004. The hype surrounding it has itself become the subject of studies and there are some who remain sceptical that it will live up to these lofty expectations.

The buzz around graphene has led to a "wild west" situation in which some products containing the material may be highly priced yet actually low in quality, said Krister Svensson, associate professor of physics at Karlstad University in an interview published in 2019.

He tells BBC News that the quality of graphene in use today varies greatly. Plus, he questions whether the use of graphene as a reinforcing agent is really necessary, since graphite and carbon fibres can perform a similar role.

"Graphene is still relatively young," admits Mr Baker. But he and his colleagues are determined to "accelerate the adoption of graphene", he adds.

Companies that have experimented with the material have sometimes found that it has slightly different uses to what they initially intended.

"We love graphene," says Debbie Mielewski, technical fellow for sustainability at Ford. She says that since 2018, the car maker has shipped between six and seven million vehicles, mostly in North America, containing graphene in a handful of parts.

At first, she and her team were interested in graphene because of its strength-enhancing capabilities. But they found that it was actually more useful in terms of reducing noise and vibration, or improving heat resistance. 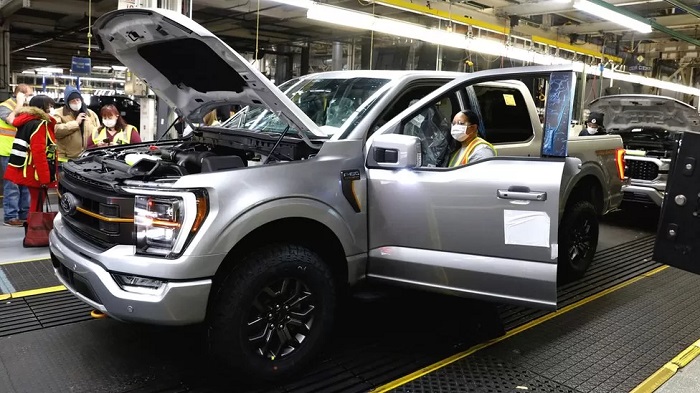 Ford's F-150 has a dozen parts that contain graphene.

Cars including the F-150 and Explorer SUVs, now contain 12 small components in and around the engine such as pump covers or water tube supports that feature graphene, partly because it absorbs noise.

Depending on the frequency of sound in question, these components can reduce noise heard inside the vehicle by between 12% and 25%, says Dr Mielewski.

It's also made those parts lighter, lowering the total mass of the car by roughly one and a half pounds (680g). This means these vehicles use slightly less fuel and therefore have lower CO2 emissions over their lifetime. 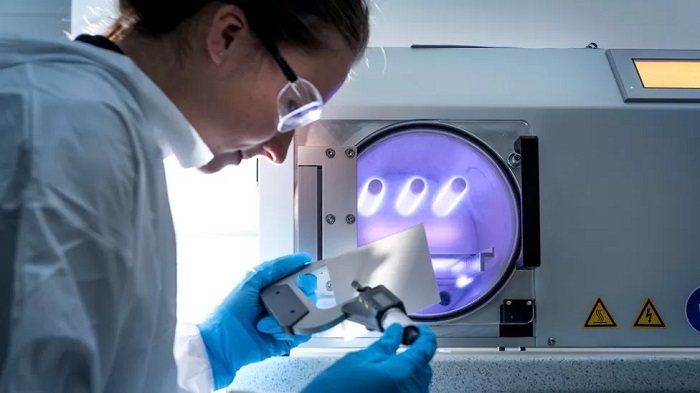 Scientists are working on ways to make graphene disperse evenly in other materials.

Ford is working with US firms, XG Sciences and Eagle Industries, on various graphene applications.

Dr Mielewski says the carmaker is exploring the possibility of adding graphene to plastics inside the vehicle in order to make them stronger but explains that, so far, they have not been able to disperse graphene within the plastic as well as hoped.

This is often a key stumbling block when adding graphene to a particular material. In order to actually enhance its properties, the graphene must be dispersed uniformly. But depending on how the material is formed or mixed, and the temperatures and pressures involved in that process, it can be tricky to achieve the desired result.

It's a bit more complicated than this but imagine trying to get an even spread of raisins in a fruit cake when the batter is too runny.
Obtaining a delightfully even mix, and a material that is unequivocally improved by the addition of graphene, is what all these researchers and companies are aiming at.

Because with graphene, the proof is most definitely in the pudding.

The Magic of Nano-Surface Engineering