As nanoparticles become part of everyday life, consensus is needed for assessing and managing their safety. Japan’s Zeon Corporation — a leader in carbon nanotube production — is pushing the global conversation for more accurate and nuanced risk assessments and industry guidance.

When nanomaterials burst onto the scene in the early 2000s, there was intense interest in their promise as the basis for new technological advances. But there were also concerns about their potential health risks. Long-running debates have subsequently raged over their potential toxicity. While various regulations and guidelines have been produced, the management of nanoparticle safety remains contentious, due largely to the disconnect between the broad generalization of regulatory guidelines and the enormous diversity of materials, forms and particle behaviours that fall under the ‘nanoparticle’ umbrella. 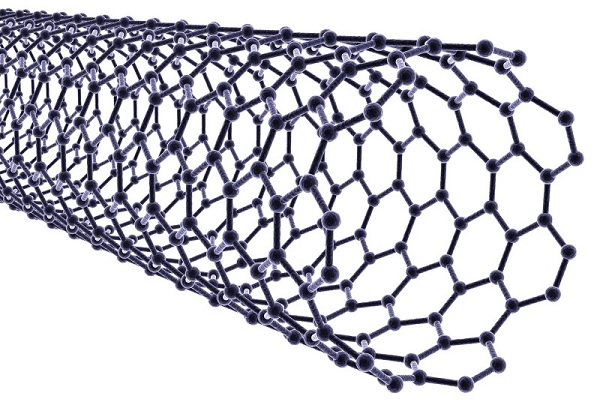 Carbon nanotubes are being used in an increasingly wide range of applications, making it all the more important to address safety issues.

Zeon Corporation, a specialist manufacturer of advanced materials and chemicals in Japan, has long been at the forefront of research and development on advanced materials including nanoparticles. Prompted by its move in 2015 to commercially produce single-walled carbon nanotubes (CNTs) for industrial applications, Zeon has undertaken its own deep whole-of-lifecycle risk analysis and in so doing has illuminated just how large the gaps in knowledge on nanoparticle safety still are.

“Nanotechnology and nanoparticles are much more a part of our daily lives than most people realize,” says Masafumi Ata, who works in the strategic area of nanotechnology at Zeon. “My iPhone is not generally considered nanotechnology, but it contains a host of nanomaterials in its battery, reinforcing resins, thermal interface materials and electromagnetic shielding.”

“As the use of CNTs has expanded, we have seen an increase in social interest in CNT safety, especially here in Japan,” says Ata, who was a member of the Nanosystem Research Institute, which is at the National Institute of Advanced Industrial Science and Technology (AIST).

Not all nanoparticles are created equal

Nanoparticles are not intrinsically unsafe because of their size. The nanoparticles in sunscreen, for example, are spheroidal particles of zinc dioxide or titanium dioxide that increase the light absorbance and hence performance of sunscreens. However, their ability to absorb light could enable them to produce free radical ions, which may give rise to health concerns. As nanoparticles, they might also be small enough to be absorbed through the skin, but their persistence and toxicity in the body are still being debated. Such nanoparticles are now generally considered sufficiently safe for use in topical sunscreens, but what if they are inhaled in a different application or through occupational exposure?

This example highlights the complexity of managing nanoparticle safety even for one type of particle. CNTs are different again in almost every aspect — they are hair-like strands that are much smaller than sunscreen nanoparticles in cross-section but may be many micrometres in length. They are made from carbon — an inert material that would be otherwise safe, but in this morphology it could take on new properties with unknown risks.

“Just a single gram of our single-walled CNTs, if connected end to end, would stretch for 45 million kilometres. That’s more than 1,100 laps around the Earth,” explains Ata. “They are inert, durable and light fibrils, and are exceptionally good conductors of electricity and heat. Adding just a small amount of these CNTs to another material can completely change the material’s physicochemical, mechanical, electronic, thermal and optical properties, with enormous potential for new technologies and advanced material applications.”

Yet there are many different types of CNTs, such as single-, double- and multi-walled. They also come in different lengths, diameters and surface properties — such as straight, tangled or dispersed — can be found in isolation or as composites, and are made via dozens of very different manufacturing methods. The term CNT hence covers a broad range of highly diverse nanoparticles, each with its own safety profile. “This is a major headache for CNT regulation,” says Ata. “A chemical like benzene is the same no matter where you buy it from, but every CNT is different. That’s why CNT regulation has been debated for over a decade now.”