A research team led by Prof. QIN Xiaoying from the Hefei Institutes of Physical Science of the Chinese Academy of Sciences has found that the thermoelectric properties of N-type Bi2Te2.7Se0.3 (BTS) could be improved by introducing a small amount of Ag9AlSe6 nanoparticles into BTS matrix.

The thermal conductivity of the composite sample with 0.35vol.% Ag9AlSe6 was significantly reduced, resulting in a maximum ZT (figure of merit) of 1.2 (423K) and an average ZT of 1.1 in the 300-473K temperature range.

Bi2Te3 is currently recognized as one of the well-known alloys that can both generate electricity and cool at room temperature. However, the low thermoelectric value ZT and energy conversion efficiency of N-type Bi2Te3 limit its commercial application. Therefore, improving the thermoelectric properties of N-type Bi2Te3 is of great significance to promote its industrial application.

Finding the optimal second phase is the first and key task to design and manufacture a composite system material with excellent performance (including function and structure). Studies have explored different dispersed phases of BTS to obtain better thermoelectric performance.

According to the researchers, when Ag9AlSe6 nanoparticles were added to BTS, the phonon scattering and phase boundary were enhanced, the Seebeck coefficient was enhanced and the thermal conductivity was reduced.

In addition, the thermoelectric performance of composite sample BTS-0.35vol% Ag9AlSe6 was improved by about 40% compared with the original BTS. 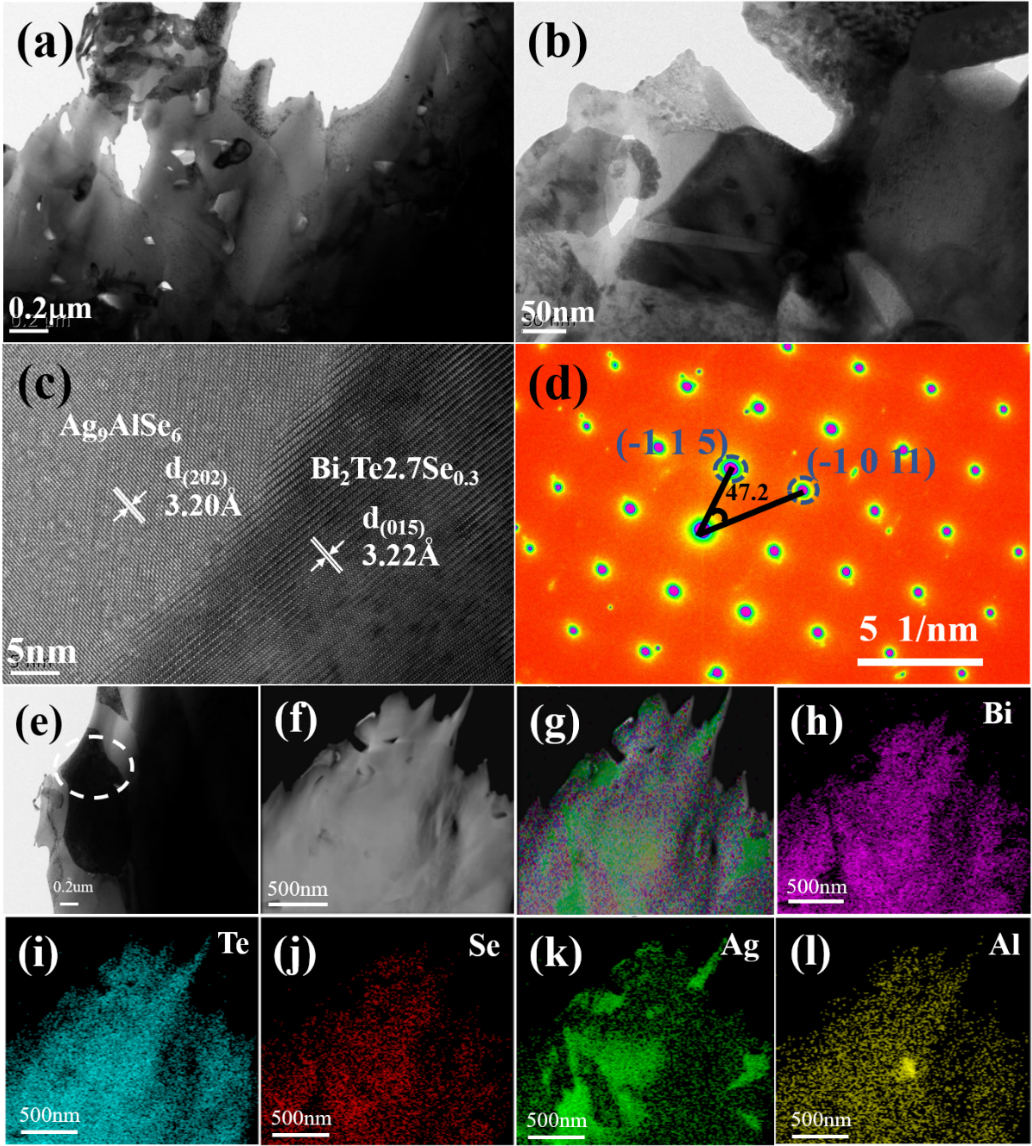