Cambridge researchers are part of a European project testing graphene’s ability to protect spacecraft against the sticky, sharp dust on the moon’s surface – a challenge for lunar missions since the Apollo era.

The Rashid lunar rover will soon be launched from Cape Canaveral in Florida as part of the Emirates Lunar Mission. The rover will land in Atlas crater, a geologically rich but little-explored area on the moon’s nearside – the side that always faces Earth.

During one lunar day, equivalent to approximately 14 days on Earth, Rashid will investigate different geological features on the moon’s surface. The rover’s wheels will be used for repeated exposure of different materials to the lunar surface. As part of the Material Adhesion and abrasion Detection (MAaD) experiment, graphene-based composites on the rover’s wheels will be used to understand if this material can protect spacecraft against the harsh conditions on the moon, and especially against lunar dust, or regolith.

The experiment is a collaboration between the University of Cambridge and Université Libre de Bruxelles – partner institutions of the European Commission’s Graphene Flagship – along with the Mohammed bin Rashid Space Centre (MBRSC) in the United Arab Emirates, York University in Canada, and the European Space Agency (ESA). 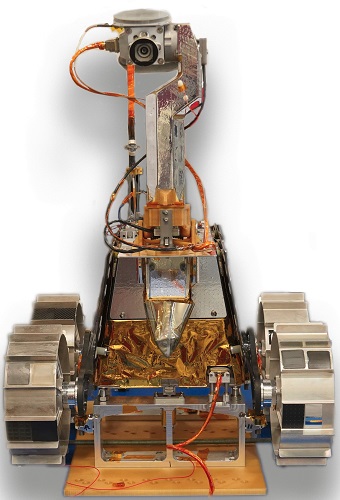 Regolith is composed of extremely sharp, tiny and sticky grains and, since the Apollo missions, it has been one of the biggest challenges lunar missions have had to overcome. Regolith can cause mechanical and electrostatic damage to equipment and is therefore also hazardous for astronauts. It clogs spacesuits’ joints, obscures visors, erodes spacesuits and protective layers, and is a potential health hazard.

Cambridge researchers have produced special graphene composites that are meant to reduce regolith adhesion. The graphene samples will be monitored via an optical camera, which will record footage throughout the mission. Researchers from Université Libre de Bruxelles (ULB) will gather information during the mission and suggest adjustments to the path and orientation of the rover. Data and images obtained will be used to study the effects of the moon environment and the regolith abrasive stresses on the samples. 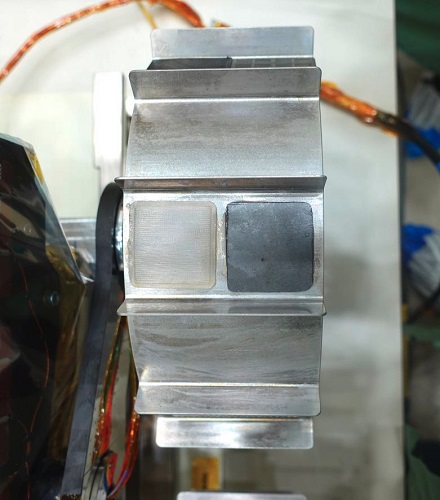 Close-up of one of the Rashid moon rover’s wheels with polymer samples with and without graphene.

“Being able to follow the moon rover’s progress in real time will enable us to track how the lunar environment impacts various types of graphene-polymer composites, thereby allowing us to infer which of them is most resilient under such conditions,” said Sara Almaeeni, MBRSC science team lead, who designed Rashid’s communication system. “This will enhance our understanding of how graphene-based composites could be used in the construction of future lunar surface vessels.”

“New materials such as graphene have the potential to be game changers in the future human space exploration,” said Carlo Iorio, Graphene Flagship Space Champion, from ULB. “In combination with the resources available on the moon, advanced materials will enable radiation protection, electronics shielding and mechanical resistance to the harshness of the moon’s environment. The Rashid rover will be the first opportunity to gather data on these new materials’ behaviour against a lunar environment.”

In addition to the moon rover mission, last week, a variety of inks containing graphene and related materials prepared by the University of Cambridge and ULB were also tested on Materials Science Experiment Rocket 15 (MASER 15) mission, which launched on 23 November from the Esrange Space Center in Sweden. The ARLES-2 (Advanced Research on Liquid Evaporation in Space) Experiment will provide new information about the printing of inks based on graphene and related materials in weightless conditions, contributing to the development of new addictive manufacturing procedures in space. These are key for space exploration, where replacement components will be needed and could be manufactured from functional inks. 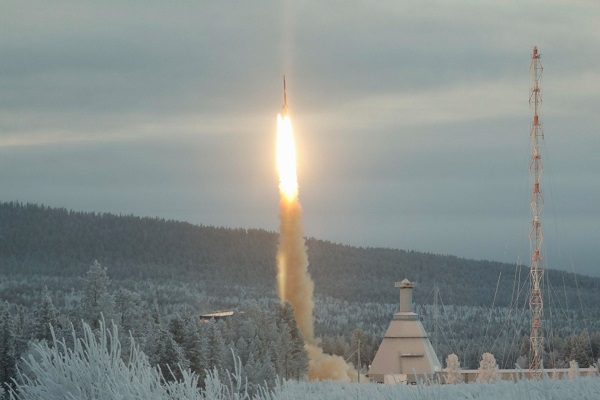 “Our experiments on graphene and related materials deposition in microgravity pave the way for additive manufacturing in space,” said Dr Yarjan Abdul Samad from the Cambridge Graphene Centre, who prepared the samples and coordinated interactions with the United Arab Emirates. “The study of the interaction of moon regolith with graphene composites will address some key challenges brought about by the harsh lunar environment.”

“The Graphene Flagship is spearheading the investigation of graphene and related materials (GRMs) for space applications,” said Professor Andrea Ferrari, Director of the Cambridge Graphene Centre and Science and Technology Officer of the Graphene Flagship.

“In November 2022, we had the first member of the Graphene Flagship appointed to the ESA astronaut class. We saw the launch of a sounding rocket to test printing of a variety of GRMs in zero gravity conditions, and the launch of a lunar rover that will test the interaction of graphene-based composites with the moon’s surface.

“Composites, coatings and foams based on GRMs have been at the core of the Graphene Flagship since its beginning. It is quite telling that, as we approach the Flagship’s 10th anniversary, these innovative materials will be tested on the lunar surface. This is timely, given the ongoing effort to bring astronauts back to the moon, with the aim of building lunar settlements.

"When combined with polymers, GRMs can tailor the mechanical, thermal, and electrical properties of the host matrices. These experiments could pave the way for widespread adoption of GRM-enhanced materials for space exploration.”