A research team led by Prof. KONG Lingtao from the Hefei Institutes of Physical Science (HFIPS) of Chinese Academy of Sciences (CAS) proposed a pre-assembly strategy to anchor single atoms on carbon nitride nanosheets. They prepared a series of single atom-loaded carbon nitride Fenton-like catalysts for the degradation of tetracycline pollutants in water, which increased the catalytic activity by one-two orders of magnitude. The study was published in Separation and Purification Technology.

The Fenton-like process was radical dominated reaction. H2O2 and peroxymonosulfate (PMS) are two commonly used Fenton-like oxidants, and reducing the reactive species' migratory distance to the pollutant molecules is desirable for performance enhancement due to the reactive species produced from H2O2 and PMS activation have a very short half-life period.

Single-atom materials have better activation effect on oxidants. Owing to the arranged nanosheets structure, tunable surface area, benign biocompatibility and high stability in harsh environments, graphitic carbon nitride (CN) can serve as a promising support material for radical confinement. At the same time, its abundant nitrogen can provide ideal sites for the embedding of metal ions, forming unique coordination structures and electronic configurations. Therefore, the immobilization of metal atoms on carbon nitride nanosheets can confine the free radicals near the contaminants, and effectively improve the Fenton-like catalytic efficiency.

In this study, the researchers proposed a pyrolytic coordination polymerization pre-assembly strategy with broad-spectrum versatility. They anchored single atoms on carbon nitride nanosheets and demonstrated versatility in Fenton-like catalysis. 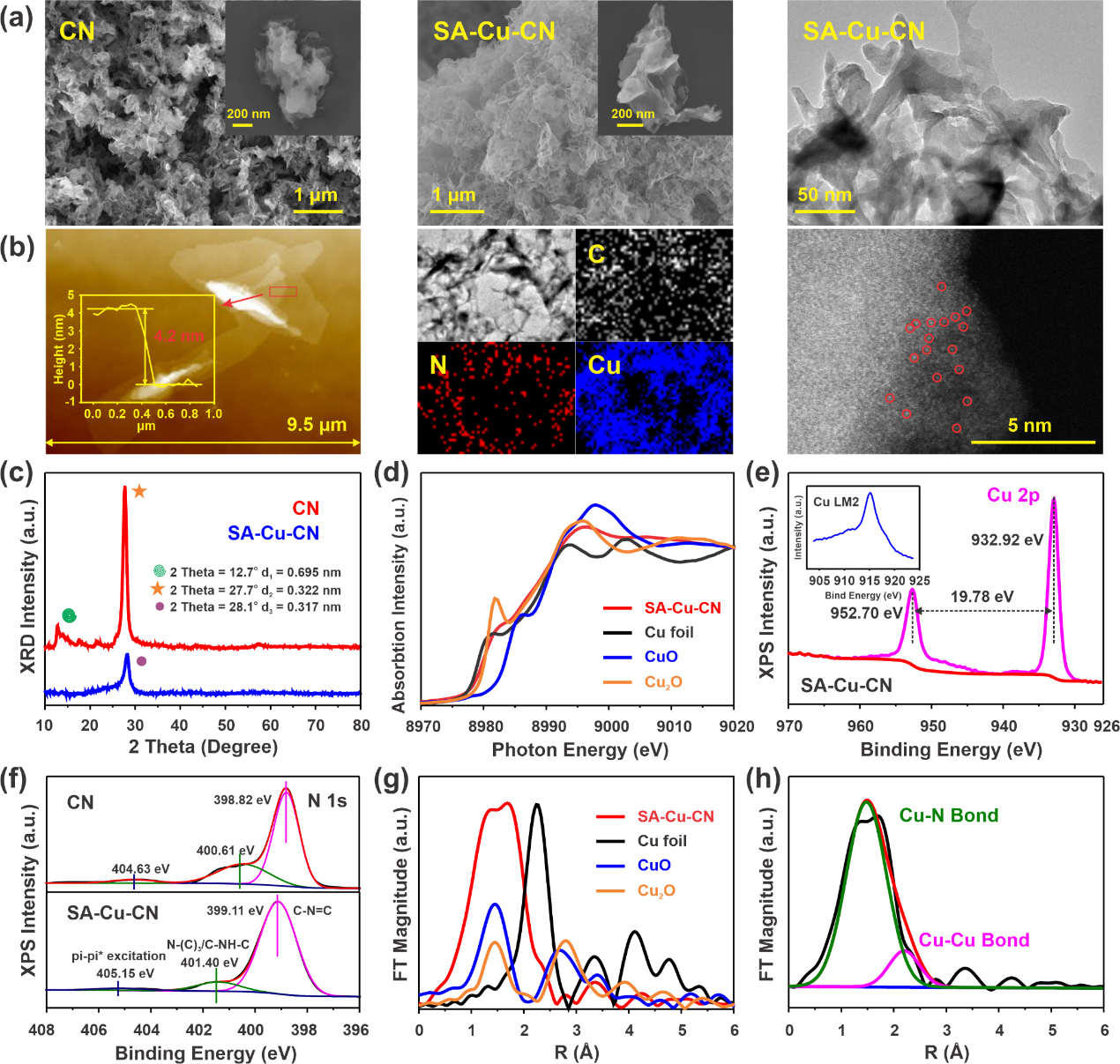 Figure 1. Morphological and structural characterisation of CN and SA-Cu-CN.

As a proof of concept, the SA-Cu-CN was chosen as a model material for the degradation of tetracycline (TC) and mechanistic elaboration. The Fenton-like catalytic activity of SA-Cu-CN could reach one to two orders of magnitude higher than that of the control materials.

according to the researchers, in the catalytic system, hydroxyl radical and sulfate radical generation played a crucial role in the degradation of TC. Combining Ultra Performance Liquid Chromatography Tandem Mass Spectrometry analysis with Discrete Fourier Transform theoretical calculations, the degradation pathways and product toxicity of TC were analyzed and characterized. The SA-Cu-CN Fenton-like catalyst showed great ability to treat organic pollutants in depth. 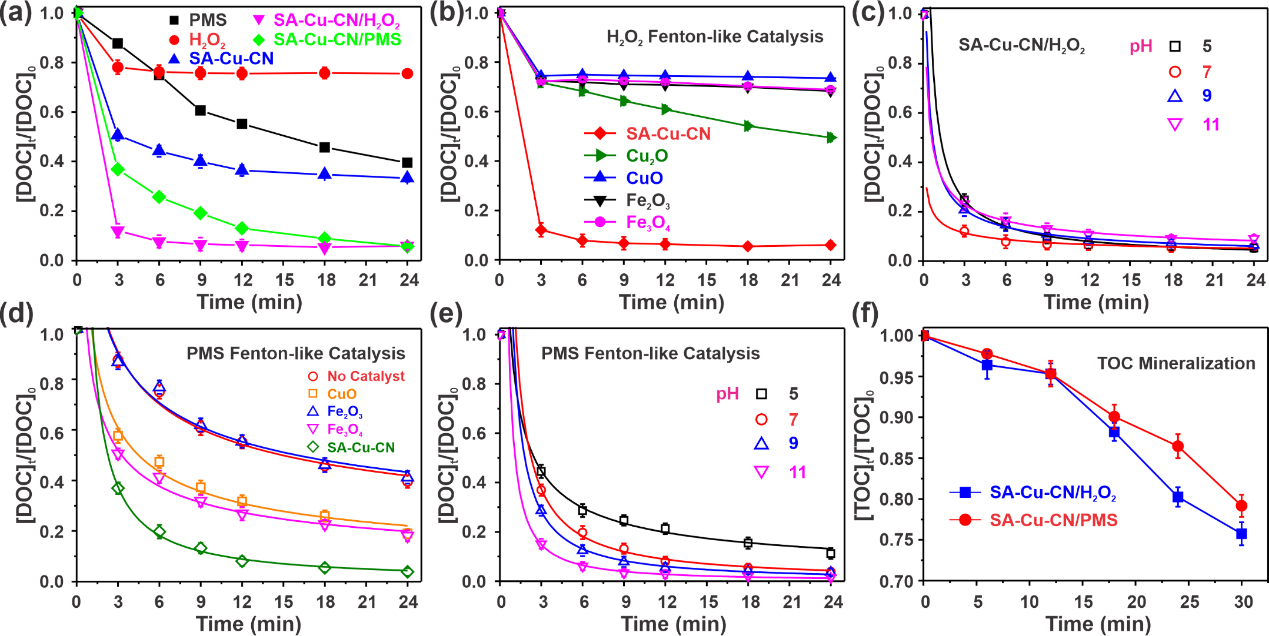 In addition, a series of single-atom catalysts such as SA-Fe-CN, SA-Co-CN and SA-Mn-CN were synthesized by the same preparation method. They all showed good Fenton-like catalytic activity. 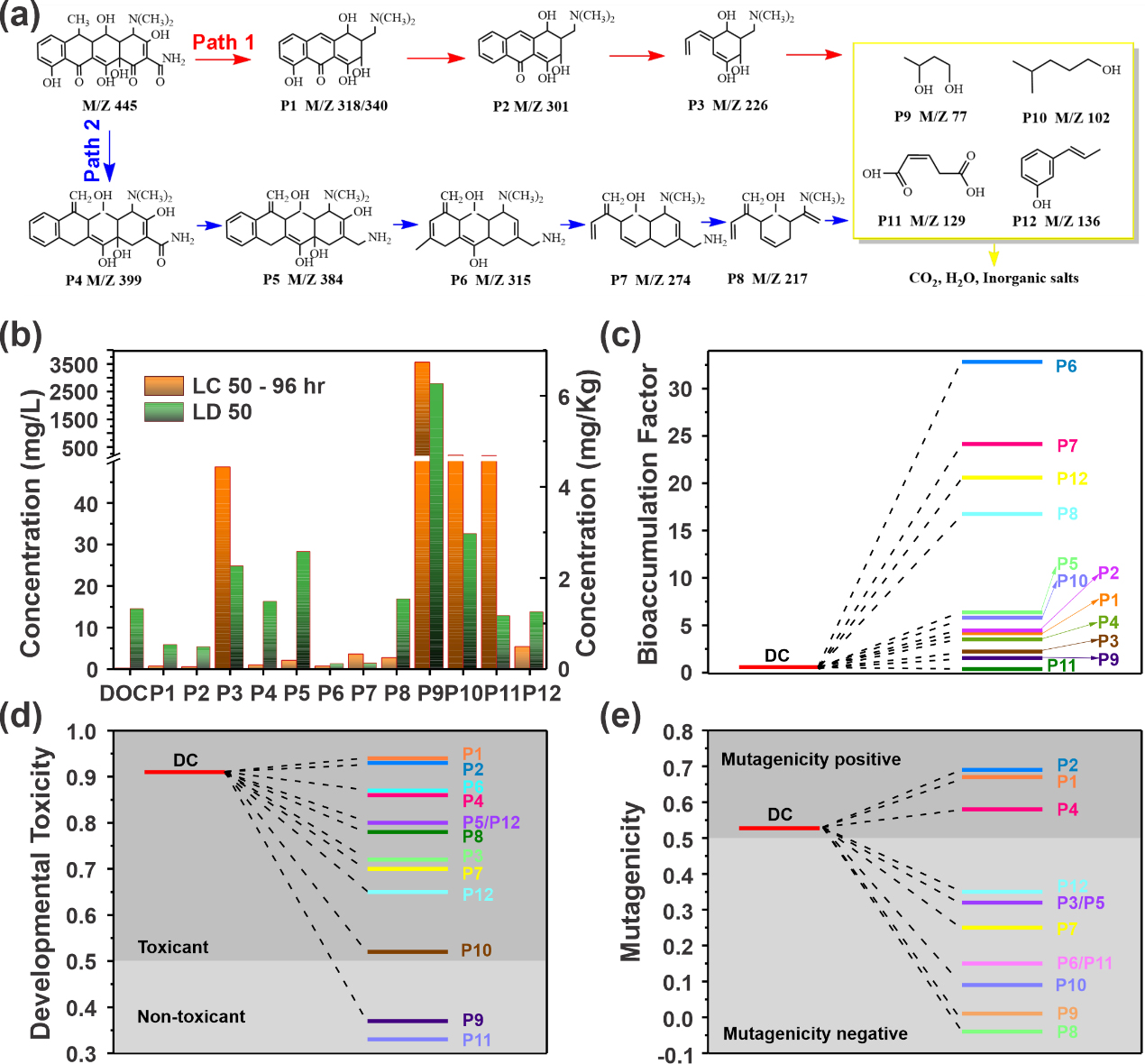 Figure 3. Pathway analysis of tetracycline degradation and identification and toxicity assessment of its products.

This study is of great importance for the development of Fenton-like catalysts and their applications in water treatment, according to YANG Dandan, first author of the study.