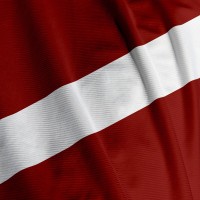 Latvia has an open economy with exports playing a significant role. The GDP of the nation in 2012 was $37.04 billion. The country is a member of the UN, EU, WTO, and IMF. The majority of Latvian companies have now been privatized.

Manufacturing is one of the main industry sectors in Latvia. Currently about half of this sector is involved with processing food and timber. This is expected to shift toward engineering and chemicals in the future which have the potential to generate higher incomes and do not depend on natural resources.

The major nanotechnology companies in Latvia are listed below along with a brief introduction to each of them:

NanoLandLatvia –NanoLandLatvia is the first and only central resource for nanotechnology products and services in Latvia. They are bringing liquid glass nano-layering technology to Latvia , being the first company to offer the full range of liquid glass products, as well as an ever expanding portfolio of nano devices, consulting and training capabilities from the world’s leading producers and universities.

Naco Technologies -Naco Technologies’ know-how in protective and functional coatings is the result of more than 30 years of R&D. Their patented technology is based on high-speed ion-plasma magnetron sputtering (HIPMS) in a vacuum chamber and they can produce a wide range of high performance multi-layer, multi-component coatings for equipment used in tooling, automotive, aerospace and micro-chip industries. Their technology is the leading method among nanocoating techniques due to its high productivity, quality, and versatility.

Latvian Academy of Sciences (LAS) – is an association of the country's foremost scientists. It is dedicated to the promotion of science and high-quality research, to the development of the history, culture and language of Latvian people and the state, Latvia’s natural resources and environment, and to advise the government and the public about socially relevant scientific issues.

University of Latvia – was established in 1919 at Riga, Latvia. The University is the largest university in the Baltic States. Some of its nanotech-related research activities include Nanoelectronics and composite materials technology and mathematical modeling, Micro- and nanomechanical properties and structure on surfaces, interfaces and thin films of functional materials, and Research of interface effects in nanostructured and heterogeneous systems. The University of Latvia also hosts:

- Institute of Atomic Physics and Spectroscopy (IAPS) – research projects include ‘Advanced functional materials for microelectronics, nanoelectronics, photonics, biomedicine and for the development of constructive composites, as well as adequate technologies’.

Reports in January 2013 stated that several innovative projects and studies are being undertaken by the researchers of the University of Latvia (UL). The UL physicists, chemists and biologists are working together on nanostructured sensor matrices and their controlling systems.

They are also using developed methods and technologies for detecting new substances in the fields of solar energy and nanorobotics, which would lead to the creation of new opportunities in usage of nanomaterials.

In November 2012, Latvian company NacoTechnologies, announced that it had successfully developed a prototype of a nanocoating-application machine based on Russian nanotechnology. This new device has multiple applications in a wide range of fields such as woodworking, auto manufacturing, electronics, metalworking and aircraft-building.

The nanocoating can be used on many different types of equipment and will triple the service life. They claim that several billion dollar companies are signing up for trial runs.

Latvia was heavily impacted by the global financial crisis (GFC) in 2009 but since mid-2010 has made a strong recovery thanks to political leadership and budget cutting.

While Latvia may not be a major player in the nanotechnology arena, their strengthening economic position places them well to overtake other nations that are still suffering the effects of the GFC. The chemicals industry is are area of potential growth for Latvia and nanotechnology.

Read the original article on Azonano.