Sensibility and Smartening in Commercialization of Internet of Things 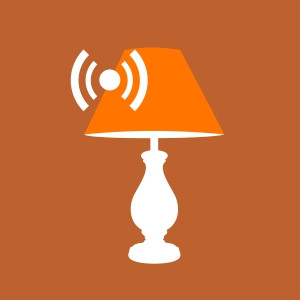 A study on companies and research institutes shows that sensors used in internet of things are rapidly developing and some of these sensors have been commercialized. Transurban Co. that is active in the field of road transportation in Australia has recently purchased nanosensors to be installed on the surface of the road to transfer traffic data from Imagine IM Co. These nanosensors are able to produce energy too. Imagine IM Co. had previously produced nanocoatings for textile industry to coat the surface of fibers with nanomaterials. This project is another step towards the development of giant sensors to be used in internet of things. These sensors permanently receive and send data from different objects. These nanosensors will be a part of road maintenance systems in near future [3]. It is not the only project to construct smart roads. Russia is looking forward to use nanotechnology and smartening technology for the World Cup 2018. The Russian researchers have recently presented an approach for the production of smart asphalt by using carbon nanotubes. In case the asphalt is cracked or damaged, nanotubes are able to recover the damage [4]. China and the Netherlands are working on the application of metallic nanofibers to create self-recovering properties in roads.

Nanofibers have wide applications in internet of things and they can be used in production, storage, and transfer of energy in order to extract information or electricity from objects. Researchers from South Korea, China, and the Unites States have recently produced fibers that are able to produce electricity. These fibers are called twistron and they produce electricity when they are bent or stretched. These fibers are used in the production of clothes that can monitor body’s conditions such as respiration, without needing to receive energy from outside. Such fibers are ideal for the production of smart clothes in the era of internet of things [5]. The use of nanofibers in smartening process is not limited to clothes. They can also be used in home appliances. Kiwi Furniture Co. from New Zealand has produced nanofibers that are able to absorb sound waves. These fibers can be used for the production of soundproof furniture. The company specifically works on technologies related to internet of things in order to enable consumers to control the properties of furniture being used in their houses by using nanofibers [6].

As a conclusion, many companies and research institutes develop technology in the field of sensibility in order to meet the future needs of internet of things. One of the challenges in this field is to minimize size in electrical devices in a way standard instructions related to internet of things can be applied on very small chips [7].