A Look Back at the Emergence of Graphene Products in 2018 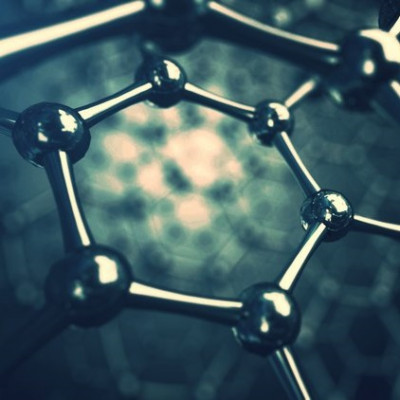 When you look back at scientific history, you can often pin defining moments that have shaped an area of science. 2018, could be thought of as the “year of graphene” if its commercialisation efforts continue on its current path. Whilst many may regard the defining moment as its isolation, that is an academic defining moment. Here, I’m talking about graphene in the commercial world, and not just the production of graphene, but the actual implementation of graphene in a number of end-user products across many end-user markets.

So, what’s so special about 2018? 2018 saw a major turning point for graphene, and the difference from 2017 is staggering in itself. 2018 went from “we’ve got graphene, now how can we commercialise it” (in 2017) to graphene being used in so many different products across multiple continents, alongside big collaboration deals being struck with major companies. I’m not saying that there weren’t some products on the market that used graphene pre-2018, because there were, but it’s the sheer exponential growth over 12 months which could be the defining moment for graphene.

Obviously, it is too early to tell whether 2018 will turn out to be an important year for graphene commercially, as it will still take many years for the market to fully develop. But, if we start to see graphene being used more and more over the coming years, especially if they are in widespread and high-tech applications, then we’ll be able to look back at 2018 as the turning point for graphene.

One of the key reasons why 2018 saw such an increase in the use of graphene was by how it was used. Even in 2017, there was confusion about the different types of graphene, and many would try and use a form that was unsuitable for the intended application. Whilst this still happens, people have started to realise that the many different forms of graphene have use and have started using it in many lower-tech applications where graphene is used as an additive. Because it has been used in this way, companies who manufacture end-user products have started to see the added benefit that graphene brings to their products—and in many cases it only requires a small amount to bring about enhancements in the product. This has meant that the market confidence of graphene has significantly grown from an end-user perspective, and if this trend can be carried on for the next few years, who knows where it might lead.

There were some significant breakthroughs come out across Europe with Directa Plus, from Italy, leading the way. Directa Plus released various types of apparel, which included a recent partnership with Arvind Jeans. But, Directa Plus have also partnered with Iterchimica to produce road surfaces composed of graphene and asphalt that are now being trialled in Rome. They also announced that they have been putting graphene into tyres and have also released their own graphene-based absorbent textile that can be used to clean up oil spills. Elsewhere in Europe, collaborations between The University of Manchester and Inov-8 yielded running shoes and hiking boots that contain graphene, and a partnership between MediaDevil and Versarien yielded some graphene-enhanced earphones to the market.

There were also some developments in the United States. Graphene one developed their own graphene-polymer fibre that is very versatile and can be used in a number of end-user products. Graphene one creates their own end-user products and other companies purchase the fibres to make products as well. There are two many to detail but includes everything from clothing, to personal protection equipment (PPE), bedding materials for hospitals, wigs, tents, to air bags, and many other products in between. Perhaps the biggest announcement in the US was not the realisation of a product, but the collaboration between XG Sciences and Ford Motors to use graphene in Ford’s automotive parts. This was announced towards the end of last year, so is something to look out for in 2019.

Moving on to Asia, there was a lot of interest to develop products in China last year, and one of the most notable, was the realisation of graphene in the armour of a Z-10 attack helicopter. The other big development in China is that Huawei released a smartphone (the Mate 20 X) that uses graphene within the cooling system. Wuxi Graphene Film (a subsidiary of The Sixth Elements Materials) also launched a health watch in China that uses graphene. In other parts of Asia, Haydale licensed their graphene ink technologies to the Thai company TKS Siampress to be used as a readable security label on expensive products.

But it’s not just final products that are promising, it also the prototypes, of which there have also been a few. The Graphene Flagship and their industrial partners have been producing tail-plane prototypes for the aerospace industry, Pacific Industrial Consultants were working on graphene-based coatings that can be applied to textiles for rapid heating applications, StretchMed created a graphene tattoo prototype that can monitor a person’s biomimetic signals, Log 9 Materials developed aluminium-air batteries that use a graphene electrode, First Graphene trialled the use of graphene in concrete, Perpetuus also trialled the use of graphene in tyres, and Promethient developed a solid-state heat pump, and started talking to end-user companies about using it as a heat pump in thermally regulating clothing, buses and in the medical industry to treat joints. There are also a significant amount of end-user prototypes and being developed in Malaysia, which are being spearheaded by NanoMalaysia, but a greater supply of graphene is needed in this region to take full advantage of the graphene prototypes being developed.

So, not only did a lot of actual products hit the market, there were a lot of products in the prototype stage which could well hit the market this year, and the more end-user products that hit the global market, the great the market confidence will be, and this will help to push graphene further forward. As James Baker, CEO for Graphene at Manchester stated last year, “graphene is currently at a tipping-point”. Which is way it tips will be dependent upon the next few years.