Therapeutics Solutions International, an active company in nanomedicine, is filing a patent application for a drug that employs nanoemulsions ‎ to concurrently kill cancer cells and accelerate the recovery of blood cells after treatment with chemotherapy. This nanomedicine protects the bone marrow, stimulates the immune system, and suppresses the growth of cancer.

Therapeutics Solutions International, Inc., (OTC Markets: TSOI) announced today new data and the filing of a patent application covering the ability of NanoStilbene™ and its active ingredient, pterostilbene, at accelerating recovery of blood cells after treatment with chemotherapy.

Neutropenia is an abnormally low number of neutrophils (a type of white blood cell) in the blood. Neutropenia, if severe, significantly increases the risk of life-threatening infection. Neutropenia is often a side effect of the treatment of cancer with chemotherapy or radiation therapy.

In animals treated with the chemotherapeutic agent 5-fluorouracil, recovery of white blood cells occurred significantly faster in animals that also received NanoStilbene™ as compared to animals that received a placebo.  The results were replicated with other types of chemotherapy including high dose cyclophosphamide and busulfan.

"We have previously reported that NanoStilbene™ can synergize with low dose cyclophosphamide at increasing immune response and killing of cancer," said Dr. James Veltmeyer, Chief Medical Officer of the Company. "This new data supports the possibility of using NanoStilbene™ in many cancer patients who are taking chemotherapy, in order to protect the patients from the side effects of chemotherapy.  In many cases, patients receiving chemotherapy have reduced white blood cells, which causes various types of infectious disease." 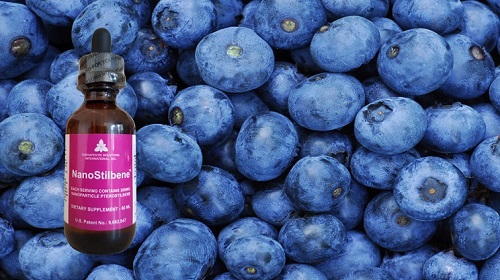 Currently, drugs such as Neulasta™ and Neupogen™ are used for increasing white blood cells in cancer patients taking chemotherapy.  Unfortunately, these drugs cannot be taken prophylactically, and are highly expensive.  According to Fierce Pharma, Neulasta™ had sales of $3.8 billion in 2018. More importantly, NanoStilbene possesses direct cancer-inhibitory properties, meaning that potentially it not only prevents chemotherapy-associated side effects but also increases the activity of the chemotherapy to kill cancer.

"I am impressed by the wide spectrum activity of the NanoStilbene™ product.  It is very rare to find a therapy that concurrently suppresses the growth of cancer, stimulates the immune system, and protects the bone marrow from chemotherapy-induced toxicity," said Dr. Feng Lin, Chief Scientific Officer of the Company.  "Since NanoStilbene™ is already on the market as a nutraceutical, I anticipate it will rapidly be utilized by informed patients who are suffering from cancer."

NanoStilbene is a nanoemulsion of nanoparticle pterostilbene in the range of 75-100nm at a concentration of 200mg per milliliter. Nanoparticle therapeutics is an emerging treatment modality for cancer and other inflammatory disorders. The National Cancer Institute has recognized nanotechnology as an emerging field with the potential to revolutionize modern medicine for the detection, treatment, and prevention of cancer.

"This Company was founded not only to advance great science but more importantly, to help patients for which limited options exist.  The development of NanoStilbene™, we believe, offers the potential of a new generation of non-toxic compounds that concurrently stimulate the immune system while suppressing cancer at the same time," said Timothy Dixon, President, and CEO of the Company.