Tiny crystals, ten thousand times thinner than a human hair, can cause explosive volcanic eruptions. This surprising connection has recently been discovered by a German-British research team led by Dr. Danilo Di Genova from the Bavarian Research Institute of Experimental Geochemistry & Geophysics (BGI) at the University of Bayreuth. The crystals increase the viscosity of the underground magma. As a result, a build-up of rising gases occurs. The continuously rising pressure finally discharges in massive eruptions.

“Exactly what causes the sudden and violent eruption of apparently peaceful volcanoes has always been a mystery in geology research. Nanogeoscience research has now allowed us to find an explanation. Tiny crystal grains containing mostly iron, silicon, and aluminium are the first link in a chain of cause and effect that can end in catastrophe for people living in the vicinity of a volcano.

The most powerful volcanic eruption in human history was Mount Tambora in Indonesia in 1815", says Dr. Danilo Di Genova. For the recently published study, he worked closely with scientists from the University of Bristol, the Clausthal University of Technology, and two European synchrotron radiation facilities. 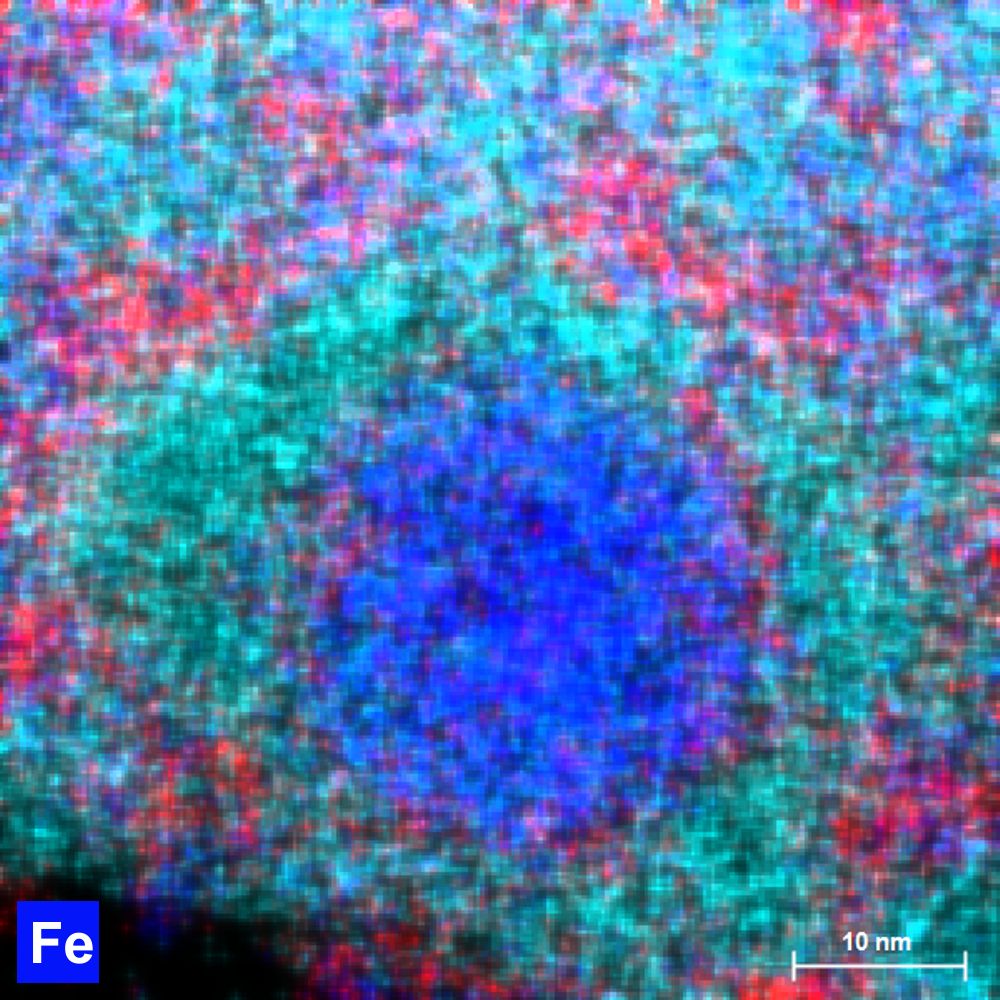 A transmission electron microscopy image of a nano crystal (ca 25 nm in diameter) in a basaltic magma from Mt. Etna (Italy). The nano crystal is enriched in iron (Fe) and it was produced in a laboratory during at BGI.

Because of their diameter of a few nanometres, the crystals are also known as nanolites. Using spectroscopic and electron microscopy methods, the researchers have detected traces of these particles, invisible to the eye, in the ashes of active volcanoes. In the BGI's laboratory, they were then able to describe these crystals and finally to demonstrate how they influence the properties of volcanic magma.

The investigations focused on magma of low silicon oxide content cooling to form basalt on the earth's surface after a volcanic eruption. Low silica magma is known for its low viscosity: It forms a thin lava that flows quickly and easily. The situation is different, however, if it contains a large number of nanolites. This makes the magma viscous – and far less permeable to gases rising from the earth's interior.

Instead of continuously escaping from the volcanic cone, the gases in the depths of the volcano become trapped in the hot magma. As a result, the magma is subjected to increasing pressure until it is finally ejected explosively from the volcano.

"Constant light plumes of smoke above a volcanic cone need not necessarily be interpreted as a sign of an imminent dangerous eruption. Conversely, however, the inactivity of apparently peaceful volcanoes can be deceptive. Rock analyses, written and archaeological sources suggest, for example, that people in the vicinity of Vesuvius were surprised by an extremely violent eruption of the volcano in 79 AD.

Numerous fatalities and severe damage to buildings were the result", says Di Genova. In his further research, the Bayreuth scientist hopes to use high-pressure facilites and computer simulation to model the geochemical processes that lead to such unexpected violent eruptions. The aim is to better understand these processes and thus also to reduce the risks for the population in the vicinity of volcanoes.

The scientists present the results of their nanogeoscientific research in the journal "Science Advances".