Italian researchers have engineered a hole extraction layer with water-splitting additives to reduce the impact of moisture in perovskite PV devices. They claim that the method ensured a power conversion efficiency of more than 9% in perovskite cells stored for a month in a water-saturated atmosphere.

One of the main challenges for the scientific community and the PV industry to bring perovskite solar cells (PSCs) to commercial production is the need to improve moisture stability. Protecting the perovskite layer from moisture is key to preventing excess water from forming on the layer itself, as it can damage the crystallinity of the cell structure, which affects overall performance.

An international group led by the University of Padova in Italy has proposed a solution to this problem. It integrated water-splitting (WS) hydrophobic layers to the perovskite absorber of a standard perovskite cell. The ancillary layers can purportedly convert incoming water into oxygen and hydrogen. 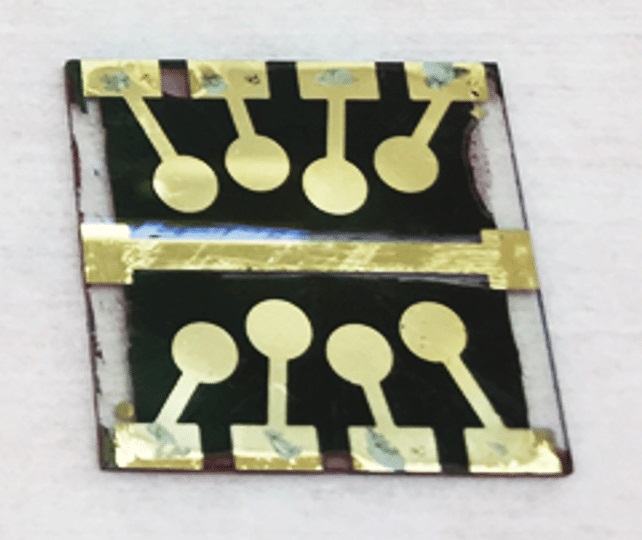 They used copper(I) thiocyanate (CuSCN) – an air-stable, white solid coordination polymer with high optical transparency and p-type conductivity – to build the WS-active hole-transporting material (HTM) of the solar cell. In particular, the scientists used ligand-free CuSCN nanoplatelets (CuSCN-NP), which are basically short stacks of platelet-shaped sheets that are produced through continuous flow hydrothermal synthesis (CFHS). The latter is an emerging process technology for the production of nanomaterials, which has recently been widely adopted due to its simplicity and versatility in synthesizing a large range of nanomaterials.

The CuSCN compound was dispersed on a polymeric hole-transporter such as poly(3-hexylthiophene) (P3HT), which the scientists described as a well-established, inexpensive, organic p-type polymer.

“By dispersing CuSCN-NP in P3HT, a nanocomposite HTM is produced, that can be defined as [email protected],” they explained, adding that it can act as a WS-active combination to prevent the moisture-mediated degradation of the cell efficiency. The [email protected] composite was prepared by blending the ligand-free CuSCN-NP in solid powder form in a P3HT solution,” they added.

The HTM was integrated into a standard perovskite cell based on Indium tin oxide (ITO), Tin(IV) oxide (SnO2), perovskite, gold, and the HTM itself. The direct contact between P3HT and CuSCN-NP in the HTM purportedly favors charge transfers between the adsorbed oxygen dissolved in the solution and the P3HT film. In particular, the incident-photon-to-electron conversion efficiency (IPCE) of the PV device was improved, according to the Italian group, thanks to the CuSCN nanoplatelets embedded in P3HT, which are able to construct a favorable energy level alignment by making the energy level of the hole transport layer lower.

“This virtuous physico-chemical process ensures the maintenance of a good power conversion efficiency of over 9% in a perovskite solar cell stored for one month in a water-saturated atmosphere,” the scientists said. “When water diffuses within the top layers, some photoexcited holes immediately convert it to molecular oxygen, that, due to the very short distance between CuSCN-NP centers and P3HT, p-dopes the semiconducting polymer. In this way, water molecules can be in situ degraded, while perovskite layer integrity and, consequently, PSC operation can be preserved from undesired chemical degradation.”

They presented the WS technique in “Moisture resistance in perovskite solar cells attributed to a water-splitting layer,” which was recently published in Communications Materials.