In extreme heat or in the vacuum of space: a novel nanomaterial delivers top performance in extreme situations, as demonstrated by TU Wien (Vienna) with international partners.

You can lubricate a bicycle chain with oil, but what do you do with a Mars rover or a red-hot conveyor belt in the steel industry? Very special nanomaterials have now been studied by the TU Wien together with research groups from Saarbrücken (Germany), Purdue University in the USA and the Universidad de Chile (Santiago, Chile).

The material class of MXenes (pronounced “maxene”) has caused quite a stir in recent years in connection with novel battery technologies. But it now turns out that they are also an excellent solid lubricant that is extremely durable and performs its task even under the most difficult conditions. These remarkable properties of MXenes have now been published in the renowned journal ACS Nano. 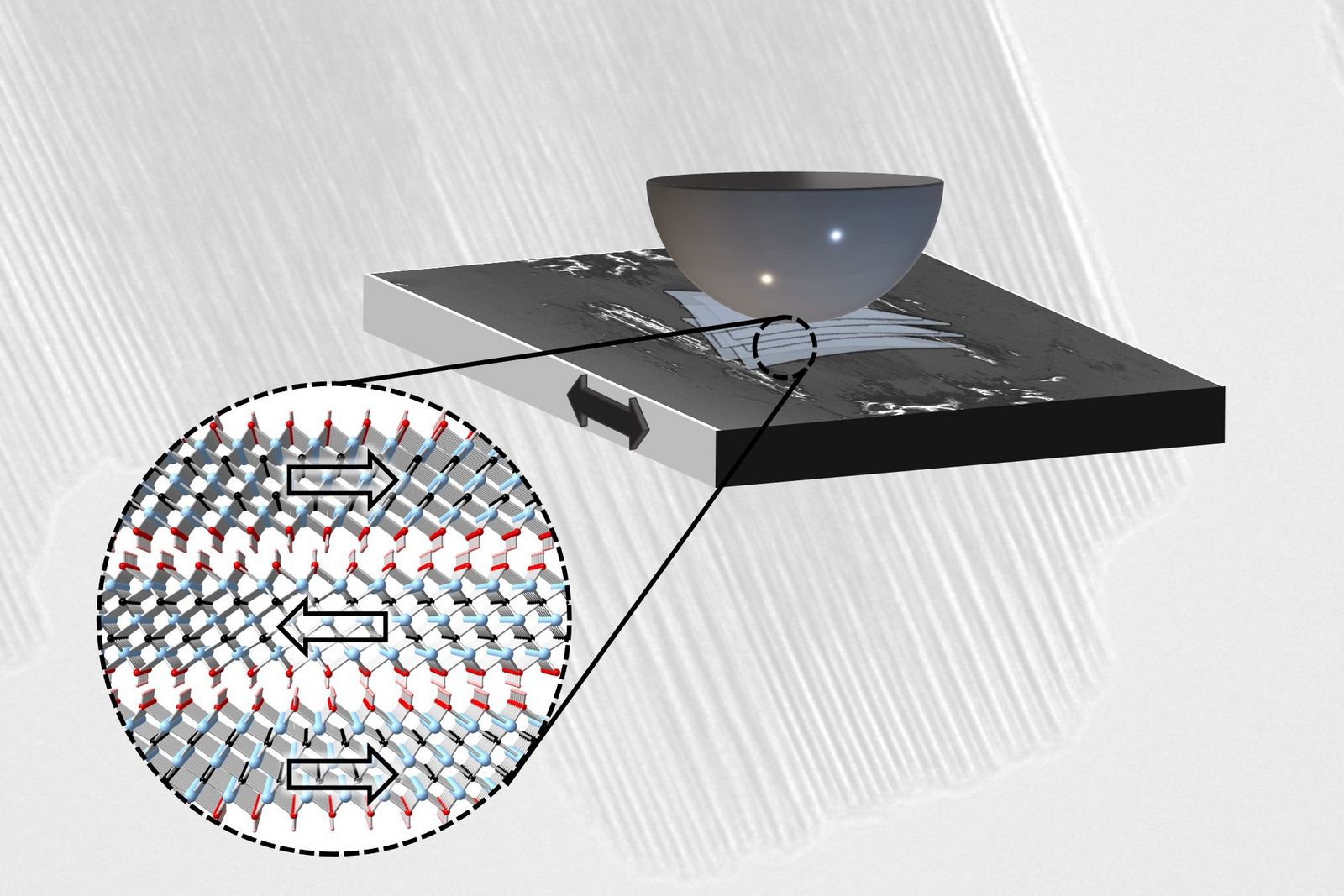 The atomic layers can move relative to one another, reducing friction.

Just like the carbon material graphene, MXenes belong to the class of so-called 2D materials: their properties are essentially determined by the fact that they are ultra-thin layers, single atomic layers, without strong bonds to the layer above or below.

"You first start with so-called MAX phases, which are special layer systems consisting of titanium, aluminium and carbon, for example," says Prof. Carsten Gachot, head of the Tribology Group at the Institute of Engineering Design and Product Development at TU Wien. "The crucial trick is to etch out the aluminium with hydrofluoric acid."

What then remains is a stack of atomically thin layers of titanium and carbon that lie loosely on top of each other, much like sheets of paper. Each layer is relatively stable on its own, but the layers can easily be shifted against each other.

This displaceability of the atomic layers among each other makes the material an excellent dry lubricant: without generating abrasion, extremely low-resistance sliding is made possible. The friction between steel surfaces could thus be reduced to one sixth - and with exceptionally high wear resistance: even after 100,000 movement cycles, the MXene lubricating layer still functions without problems.

This is perfect for use under difficult conditions: While lubricating oil would evaporate immediately in a vacuum during space missions, for example, MXene in the form of fine powder can also be used there.

Independent of atmosphere and temperature

"Similar things have been tried with other thin-film materials, such as graphene or molybdenum disulphide," says Carsten Gachot. "But they react sensitively to moisture in the atmosphere. Water molecules can change the bonding forces between the individual layers. With MXenes, on the other hand, this plays a lesser role."

Another decisive advantage is the heat resistance of MXenes: "Many lubricants oxidise at high heat and lose their lubricity. MXenes, on the other hand, are much more stable, and can even be used in the steel industry, where mechanically moving parts can sometimes reach a temperature of several hundred degrees Celsius," explains Gachot.

The powdery lubricant was investigated in several experiments at TU Wien by Dr. Philipp Grützmacher from Prof. Gachot's research group as well as at Saarland University in Saarbrücken and Purdue University in the USA. At the other end of the world, Prof. Andreas Rosenkranz in Chile played a major role in initiating and designing the work.

"There is also already great interest in these materials on the part of industry. We assume that such MXenes can soon be produced on a larger scale," says Carsten Gachot.