For many engineers and scientists, nature is the world's greatest muse. They seek to better understand natural processes that have evolved over millions of years, mimic them in ways that can benefit society and sometimes even improve on them.

An international, interdisciplinary team of researchers that includes engineers from The University of Austin has found a way to replicate a natural process that moves water between cells, with a goal of improving how we filter out salt and other elements and molecules to create clean water while consuming less energy.

In a new paper published today in Nature Nanotechnology, researchers created a molecule-sized water transport channel that can carry water between cells while excluding protons and undesired molecules. These channels mimic the water transport functions of proteins in our bodies known as aquaporins. In our cells, uncontrolled transport of protons alongside water can be harmful because they can change the pH of cells, potentially disrupting or killing them. 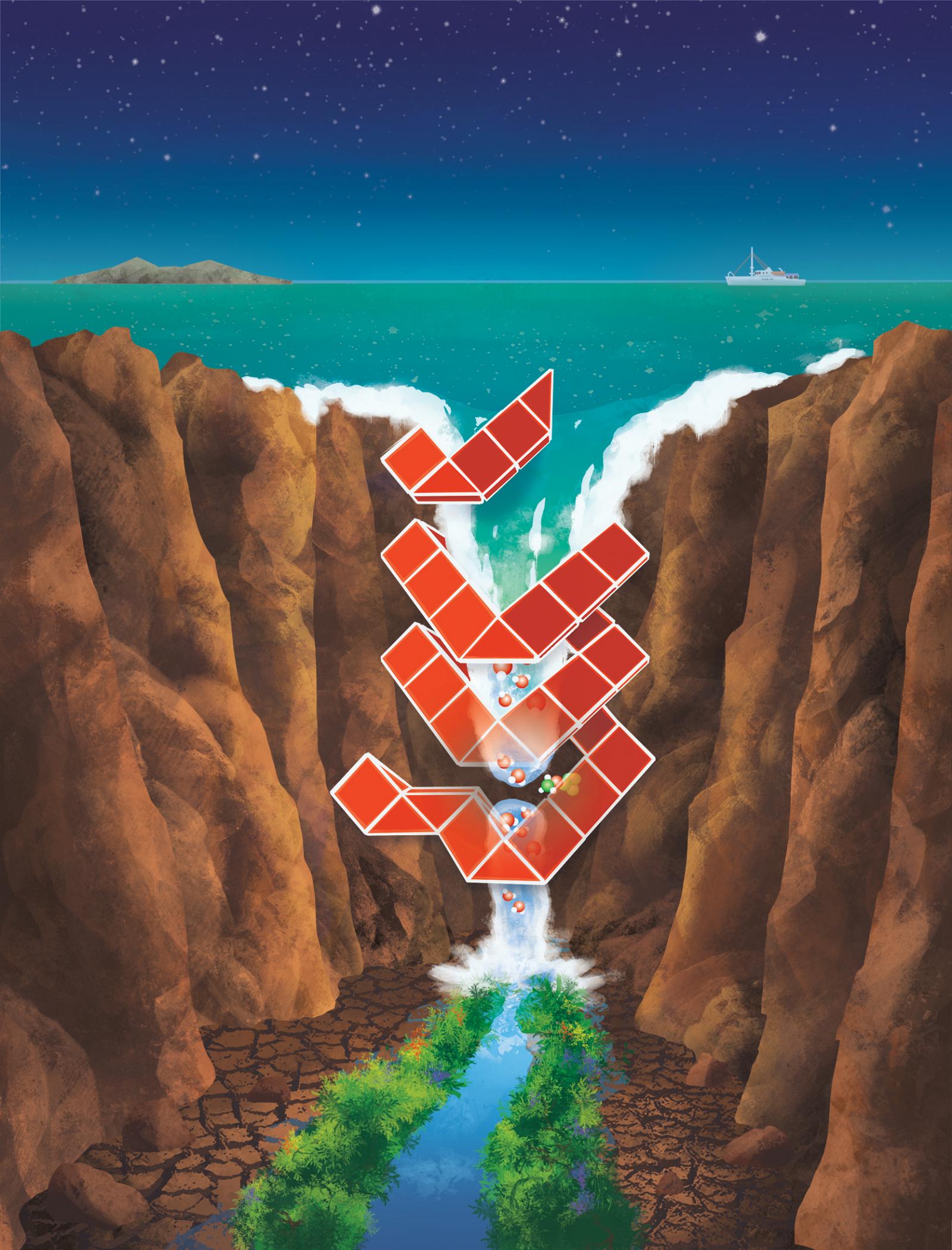 This is the first instance of an artificial nanometer-sized channel that can truly emulate the key water transport features of these biological water channels. And it could improve the ability of membranes to efficiently filter out unwanted molecules and elements, while speeding up water transport, making it cheaper to create a clean supply.

"It copies nature, but it does so by breaking the rules nature has established," said Manish Kumar, an assistant professor in the Cockrell School of Engineering's Department of Civil, Architectural and Environmental Engineering. "These channels facilitate speedy transport of molecules you want, like water, and block those you don't want, like salt."

The research team's artificial water channels can perform the same functions as aquaporins, which are crucial at a larger level for desalination, water purification and other processes for separating molecules. And they do so while transporting water 2.5 times faster compared to aquaporins.

The artificial channels are three nanometers in width by three nanometers in length. If densely packed into the correct size membrane, the channels can pass roughly 80 kilograms of water per second per square meter of the membrane, while rejecting salts and protons at rates much higher than current commercial desalination membranes are capable of.

"These artificial channels in essence solve the critical technical challenges of only allowing water molecules to pass while excluding other solutes like salt and protons," said professor Huaqiang Zeng of Department of Chemistry at Hainan University and the Institute of Advanced Synthesis at Northwestern Polytechnical University in China. "Their extraordinary water transportation speed and the fact that these channels allow for simpler membrane fabrication suggest they will become a crucial component of next-generation membranes for producing clean water to address severe scarcity facing human beings in this century."

Aquaporin-based channels are so small that they only allow a single molecule of water through at a time, like a single-lane road. A unique structural feature in these new channels is a series of folds in the channels that create additional "lanes," so to speak, allowing water molecules to be transported faster.

"You're going from a country road to a highway in terms of water transport speed, while still keeping out other things by putting little bumps in the road," said Aleksei Aksimentiev, a professor of biological physics at the University of Illinois at Urbana-Champaign who collaborated on the research.

Kumar took a class taught by Aksimentiev on the physics of nanomachines while studying for his Ph.D. in environmental engineering at the University of Illinois. The course, he said, was about as challenging as it comes, and he still refers back to his notes from the class years later.

They worked together on a paper when Kumar was a student. And then when he became a professor, Aksimentiev helped him with simulation work on another paper. For years now, they have been collaborating on the study of water transport channels.

The interdisciplinary team features faculty and researchers from around the world in physics, chemical engineering, pharmacology, and more. Researchers come from UT Austin, University of Illinois, Harvard Medical School, Hainan University and Northwestern Polytechnical University in China, and NanoBio Lab in Singapore.

Zeng is the corresponding author on the paper. Kumar led the testing portion of the project and Aksimentiev led the simulation work.

Earlier this year, Kumar teamed with Penn State University researchers on a discovery that shed new light on how traditional water desalination membranes work. They found that uniformity throughout the membrane speeds up transporting water and improves the process of filtering out salt.

This new work, Kumar says, takes that concept to another level. These channels can only be one size to fit the desired water molecules through while squeezing out other unwanted molecules.

Going forward, the team plans to use these artificial water channels to fabricate next-generation reverse-osmosis membranes to convert seawater to drinkable water.