As the fourth country in nanoscience publications, Germany possesses 133,486 WoS indexed nano-articles. It was also the third country in publishing highly cited nano-articles in 2019, with a value of 173 for the 5-year H index. Having registered more than 8000 nanotechnology patents in both EPO and USPTO, it ranked second in the EPO and sixth in USPTO. According to the StatNano database, more than 770 nano- products from 265 companies are produced and marketed in this country. Given this country’s three significant national nanotechnology policy documents as well as an annual investment of about €600 million in this technology, Germany is considered a leading country in the field of nanotechnology. 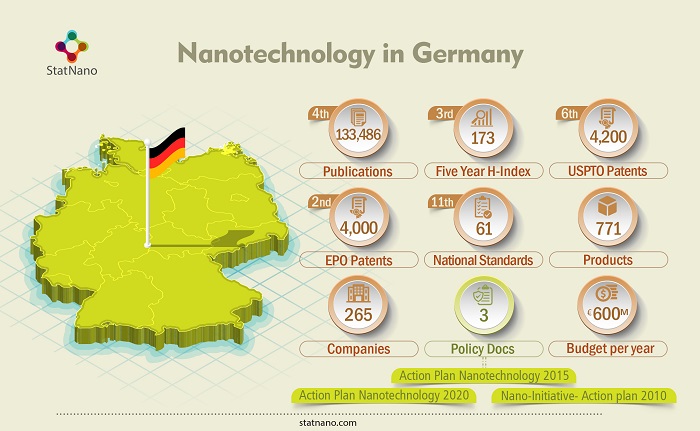