Discovering and engineering nanobodies with properties suitable for treating human diseases ranging from cancer to COVID-19 is a time-consuming, laborious process.

To that end, University of Michigan researchers found a simple method for identifying nanobodies with drug-like properties suitable for preventing SARS-CoV-2 infections. They demonstrated the approach by generating nanobodies that neutralized the SARS-CoV-2 virus more potently than an antibody isolated from an infected patient and a nanobody isolated from an immunized animal. 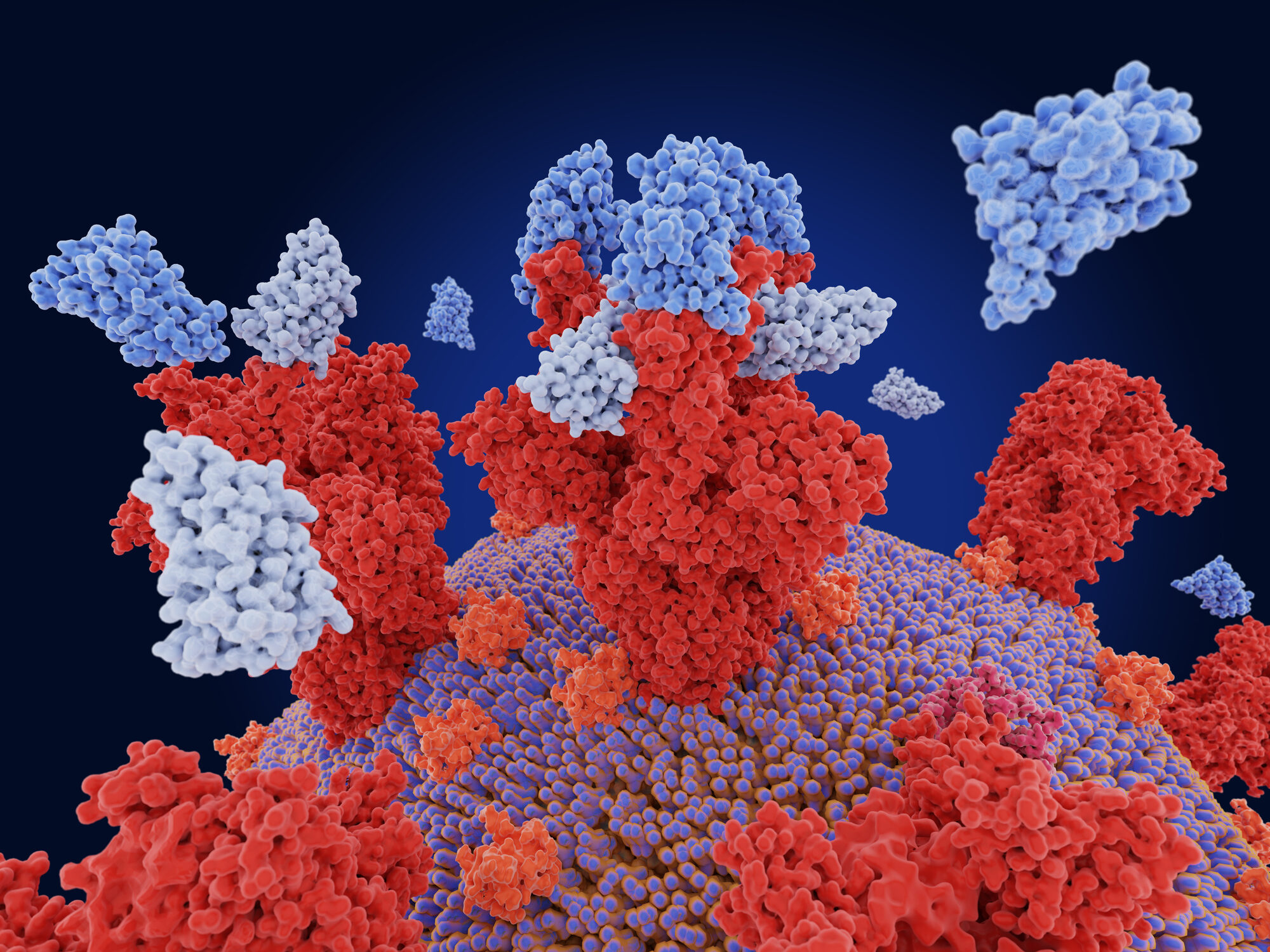 Passive immunization with nanobodies: two neutralizing nanobodies that target the receptor-binding domain of the SARS-CoV-2 spike protein. Nanobodies can have a highly increased neutralizing activity compared to antibodies.

“A key advantage to this method, both in terms of addressing pandemics and nanobody development more generally, is the ability to select nanobodies that bind strongly more rapidly than with current methods,” said Zupancic.

“This unexpected discovery appears to be a key step toward addressing a long-standing challenge in the field, namely the rapid and simple generation of high-affinity agents (agents that bind strongly) such as nanobodies, without the need for extensive screening and optimization,” said Peter Tessier, the Albert M. Mattocks Professor in Pharmaceutical Sciences and Chemical Engineering, and senior author. He’s also a member of the U-M Biointerfaces Institute,

Nanobodies and antibodies bind to their targets via multiple flexible binding loops called the complementarity-determining regions. Researchers discovered that one or more of the individual binding loops from different lead nanobodies could be combined into single nanobody mutants with improved properties, Zupancic said. That process is called complementarity-determining region swapping.

“This process of CDR swapping resulted in substantial changes to the nanobodies we initially started out to modify,” she said. “It was surprising to us that such large changes not only did not hinder the nanobodies’ ability to bind and neutralize the SARS-CoV-2 virus, but actually greatly improved it.”

Researchers discovered the method accidentally, but found and reported that the technique is simple to perform in a systematic manner.

Generally, approved antibody drugs must demonstrate drug-like properties, including high stability, specificity and solubility, and must also bind strongly to their target. Often, there are tradeoffs between these properties, which frustrate therapeutic antibody development.

“However, we observe that our nanobodies have drug-like properties and also bind to and neutralize the SARS-CoV-2 virus strongly,” she said.

The new method likely can be used to develop nanobodies against other viruses and disease targets. That work is ongoing in the lab now, Zupancic said.