The potent new adjuvant could be used to help make vaccines against HIV and other infectious diseases.

A common strategy to make vaccines more powerful is to deliver them along with an adjuvant — a compound that stimulates the immune system to produce a stronger response.

Researchers from MIT, the La Jolla Institute for Immunology, and other institutions have now designed a new nanoparticle adjuvant that may be more potent than others now in use. Studies in mice showed that it significantly improved antibody production following vaccination against HIV, diphtheria, and influenza.

“We started looking at this particular formulation and found that it was incredibly potent, better than almost anything else we had tried,” says Darrell Irvine, the Underwood-Prescott Professor with appointments in MIT’s departments of Biological Engineering and Materials Science and Engineering; an associate director of MIT’s Koch Institute for Integrative Cancer Research; and a member of the Ragon Institute of MGH, MIT, and Harvard.

The researchers now hope to incorporate the adjuvant into an HIV vaccine that is currently being tested in clinical trials, in hopes of improving its performance. 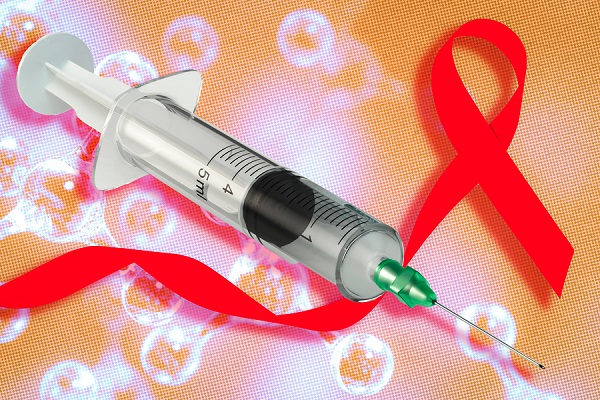 Researchers designed a new nanoparticle adjuvant that may be more potent than others now in use. Studies in mice showed it significantly improved antibody production following vaccination against HIV, diphtheria and influenza.

Although the idea of using adjuvants to boost vaccine effectiveness has been around for decades, there are only a handful of FDA-approved vaccine adjuvants. One is aluminum hydroxide, an aluminum salt that induces inflammation, and another is an oil and water emulsion that is used in flu vaccines. A few years ago, the FDA approved an adjuvant based on saponin, a compound derived from the bark of the Chilean soapbark tree.

Saponin formulated in liposomes is now used as an adjuvant in the shingles vaccine, and saponins are also being used in a cage-like nanoparticle called an immunostimulatory complex (ISCOM) in a Covid-19 vaccine that is currently in clinical trials.

Researchers have shown that saponins promote inflammatory immune responses and stimulate antibody production, but how they do that is unclear. In the new study, the MIT and La Jolla team wanted to figure out how the adjuvant exerts its effects, and to see if they could make it more potent.

They designed a new type of adjuvant that is similar to the ISCOM adjuvant but also incorporates a molecule called MPLA, which is a toll-like receptor agonist. When these molecules bind to toll-like receptors on immune cells, they promote inflammation. The researchers call their new adjuvant SMNP (saponin/MPLA nanoparticles).

“We expected that this could be interesting because saponin and toll-like receptor agonists are both adjuvants that have been studied separately and shown to be very effective,” Irvine says.

The researchers tested the adjuvant by injecting it into mice along with a few different antigens, or fragments of viral proteins. These included two HIV antigens, as well as diphtheria and influenza antigens. They compared the adjuvant to several other approved adjuvants and found that the new saponin-based nanoparticle elicited a stronger antibody response than any of the others.

One of the HIV antigens that they used is an HIV envelope protein nanoparticle, which presents many copies of the gp120 antigen that is present on the HIV viral surface. This antigen recently completed initial testing in phase 1 clinical trials. Irvine and Crotty are part of the Consortium for HIV/AIDS Vaccine Development at the Scripps Research Institute, which ran that trial. The researchers now hope to develop a way to manufacture the new adjuvant at large scale so it can be tested along with an HIV envelope trimer in another clinical trial beginning next year.  Clinical trials that combine envelope trimers with the traditional vaccine adjuvant aluminum hydroxide are also underway.

“Aluminum hydroxide is safe but not particularly potent, so we hope that (the new adjuvant) would be an interesting alternative to elicit neutralizing antibody responses in people,” Irvine says.

When vaccines are injected into the arm, they travel through lymph vessels to the lymph nodes, where they encounter and activate B cells. The research team found that the new adjuvant speeds up the flow of lymph to the nodes, helping the antigen to get there before it starts to break down. It does this in part by stimulating immune cells called mast cells, which previously were not known to be involved in vaccine responses.

“Getting to the lymph nodes quickly is useful because once you inject the antigen, it starts slowly breaking down. The sooner a B cell can see that antigen, the more likely it's fully intact, so that B cells are targeting the structure as it will be present on the native virus,” Irvine says.

Additionally, once the vaccine reaches the lymph nodes, the adjuvant causes a layer of cells called macrophages, which act as a barrier, to die off quickly, making it easier for the antigen to get into the nodes.

Another way that the adjuvant helps boost immune responses is by activating inflammatory cytokines that drive a stronger response. The TLR agonist that the researchers included in the adjuvant is believed to amplify that cytokine response, but the exact mechanism for that is not known yet.

This kind of adjuvant could also be useful for any other kind of subunit vaccine, which consists of fragments of viral proteins or other molecules. In addition to their work on HIV vaccines, the researchers are also working on a potential Covid-19 vaccine, along with J. Christopher Love’s lab at the Koch Institute. The new adjuvant also appears to help stimulate T cell activity, which could make it useful as a component of cancer vaccines, which aim to stimulate the body’s own T cells to attack tumors.