ETH Zurich researchers have created artificial colours by 3D printing certain nanostructures inspired by those of a butterfly. This principle can be used in the future to produce colour screens.

For their new technology, scientists in the group of Andrew deMello, Professor of Biochemical Engineering, drew inspiration from butterflies. The wings of the species Cynandra opis, native to tropical Africa, are decorated with brilliant colours. These are produced by extremely intricate regular surface structures in the size range of the wavelength of visible light. By deflecting light rays, these structures either amplify or cancel out individual colour components of the light. Led by deMello, the researchers have succeeded in replicating the surface structures of Cynandra opis, as well as other modified structures, using a nano-​3D printing technique. In this way, they created an easy-​to-use principle for the production of structures that generate structural colours.

There are numerous examples of such structural colouration in nature, including irregular surface structures – for example, found in other butterfly species. “The regular nanostructures on the wings of Cynandra opis, however, were particularly well suited to reconstruction using 3D printing,” explains Xiaobao Cao, a former doctoral student of the deMello group and lead author of this study. The Cynandra opis structures consist of two grid layers stacked perpendicular to each other, with a lattice spacing of about 1/2 to 1 micrometre. 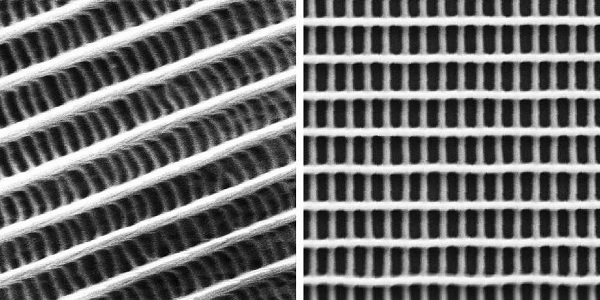 The two-​layer grid under the electron microscope. On the left is a detail of a butterfly wing, and on the right a portion of the 3D-​printed structure. The lattice spacing is around 250 nanometres.

By varying this lattice spacing and the height of the lattice rods in the range between 250 nanometres and 1.2 micrometres, the ETH researchers were able to produce 3D printed structures that generate all the colours of the visible spectrum. Many of these colours do not occur in the natural model (the butterfly) their structures are based on.

The researchers succeeded in producing such surfaces using different materials, including a transparent polymer. “This made it possible to illuminate the structure from behind to bring out the colour,” explains Stavros Stavrakis, a senior scientist in deMello group and co-​author of the study. “This is the first time we’ve managed to produce all the colours of the visible spectrum as structural colours in a translucent material.” 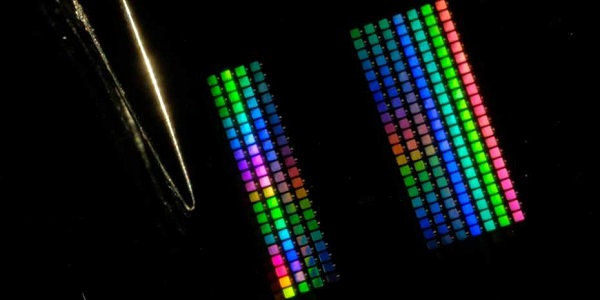 As part of the study, the scientists produced a miniature image of multi-​hued structural-​colour pixels measuring 2 by 2 micrometres. Such tiny images could one day be used as a security feature on banknotes and other documents. Because the colours can be produced with transparent material, it would also be possible to manufacture colour filters for optical technologies. This fits well with the main research activity of ETH Professor deMello’s group, which develops microfluidic systems – miniaturised systems for chemical and biological experiments. 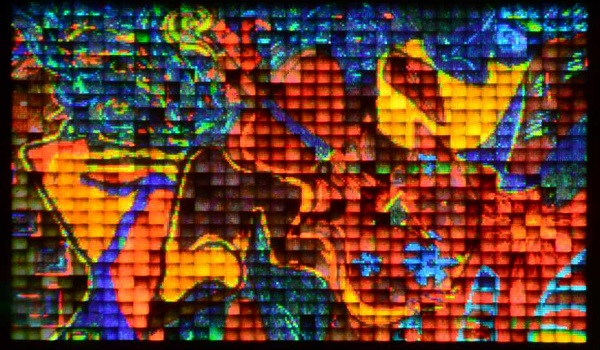 Enlargement of a miniature structural colour image that the ETH researchers 3D printed. The image measures 3.5 by 5 millimetres.

Large-​scale production of nanostructures is also conceivable, the researchers say. A negative structure could be 3D printed to serve as a template, which would make it possible to produce large numbers of reproductions. This means the principle could be suitable for the manufacture of high resolution colour displays, such as thin bendable screens. And finally, the scientists point out that structural colours could replace the pigments used today in printing and painting. Structural colours have certain advantages over conventional pigments: they last longer because they do not fade when exposed to light, and in most cases they have a better environmental footprint.