New Designer Cells Could Advance Treatments for Illness And Disease

Scientists from the Departments of Chemical Engineering and Chemistry have developed a way to engineer artificial cells that mimic how biological cells behave in response to environmental changes. This could have significant implications for our understanding of biology, in treating illness and in drug delivery.

Producing such cellular architectures has been one of the ultimate goals of synthetic biology, as it would enable scientists to create designer cells with specific functions that are easier to control and predict than biological ones.

The research has been published today in ACS Nano. 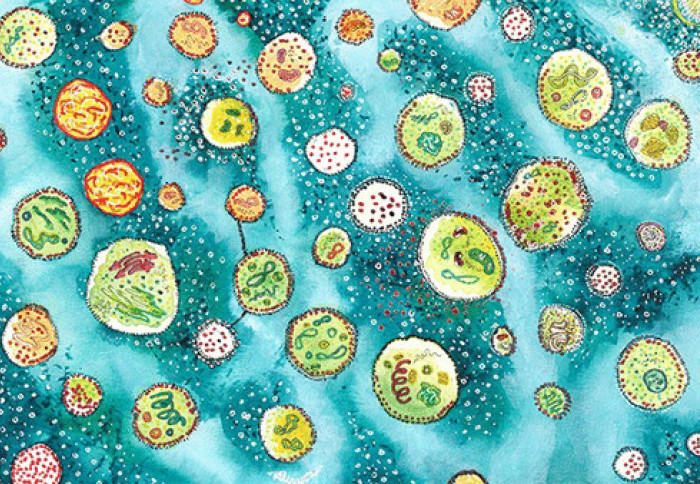 Artificial cells have been engineered to mimic the natural characteristics of biological cells in a new novel study from Imperial College London.

A fundamental feature of biological cells across all forms of life is the compartmentalisation of cells, which can change in response to environmental stimuli. For example, when certain immune cells sense a virus, they release sub-compartments to their environment, which act as signal for other types of cells to destroy that virus.

Previous efforts at replicating this dynamic feature of cells have only resulted in static compartmentalisation, which has hindered the biomimetic and technological potential of synthetic cells.

Now a team of synthetic biologists have developed a method of mimicking the dynamic features of natural sub-compartments in artificial cells, which can exist either inside the cell or externally on its surface.

This could pave the way for developments in treating illness and disease, and in targeted drug delivery.

The team at Imperial used a ‘bottom-up assembly’ approach to develop artificial cells with sub-compartments, which can respond to chemical stimuli in their environment by changing their internal organisation.

They can be engineered to disperse from the cell surface in response to chemical cues in the environment, or switch to a dispersed state within the cell lumen after sensing mechanical triggers. These structural rearrangements can be reversible and do not require complex biological machinery.

Dr Yuval Elani, academic lead of this study, said: “Biological cells are highly dynamic and responsive, which is why they are so sophisticated. They constantly shift how materials inside are arranged, in response to their environment.

Taking inspiration from biology and building this feature into synthetic systems has great potential in biotechnology and therapeutics, something which we are now looking to exploit."

The understanding of how to build dynamic sub-compartments within cells in an essential first step in utilising this technology. Now researchers will need to focus on increasing its biological and technological relevance. For example, by engineering these synthetic cells to deliver medicines encapsulated in sub-compartments.

Lead author Greta Zubaite added: “If a target of interest, for example a tumour, has a microenvironment that is different to that of healthy cells, the artificial cells could sense this and use it as cue to release drug-loaded sub-compartments.

Drug carrying artificial cells could also be engineered to allow on site non-invasive treatment of disease or illness. The research we have carried out paves the way to this type of treatment.”