By constructing a multilayer nanoparticle film, researchers led by Prof. YANG Liangbao from the Hefei Institutes of Physical Science of the Chinese Academy of Sciences (CAS) formed a natural gap of less than three nanometers between layers, and the target molecules were automatically captured into a smaller gap with the function of nano-capillary pump, thus realizing highly sensitive surface-enhanced Raman spectroscopy (SERS) detection.

They constructed a natural three-layer silver nanoparticle film structure with small interbedded gaps of one to three nanometers and a large number of hot spots by a liquid-liquid interface assembly method, which effectively increased the number of hot spots.

Compared with the traditional dry-state SERS method, the proposed method allows target molecules to enter hot spots more efficiently, and the detection limit is reduced by two to three orders of magnitude. 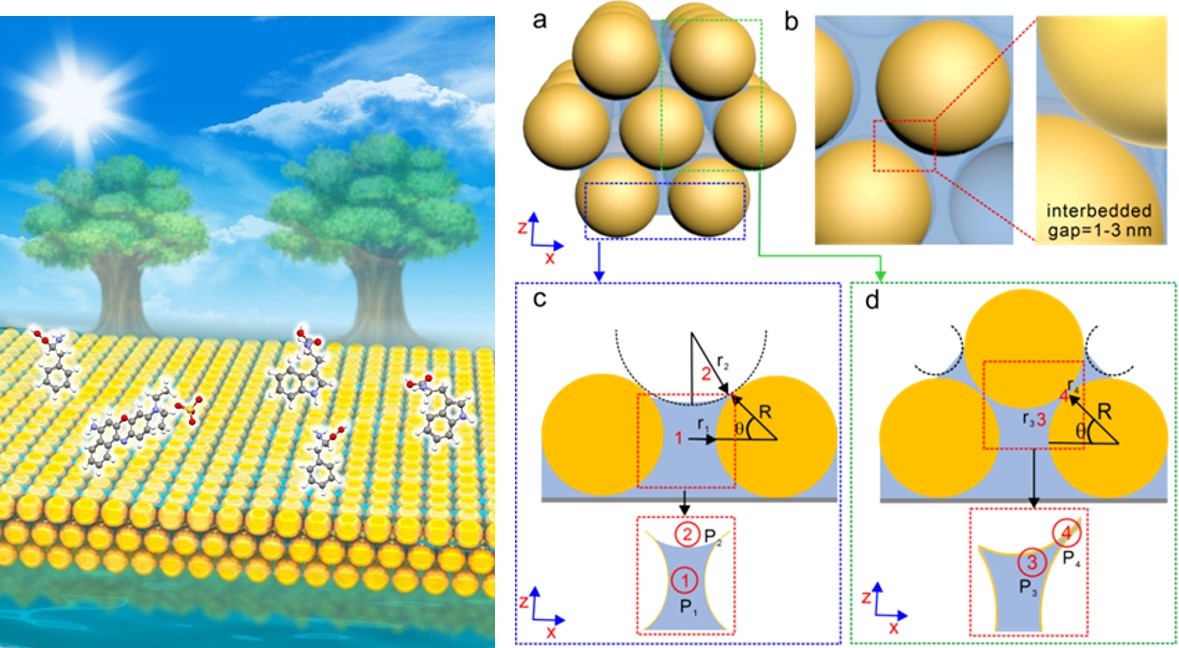 The method offers a platform for trace dynamic detection and has been successfully applied to track material changes during sperm-egg cell binding. These results provide a new method for active transport of target molecules to optimal hot spots, and are expected to be used for ultra-sensitive detection or monitoring of biological systems in the fields of material transformation, cell behavior or chemical kinetics.