Recently, a research team led by Prof. ZHANG Dun from the Institute of Oceanology of the Chinese Academy of Sciences (IOCAS) has found that a MoS2 nanosheets-based vacancy materials activated by permonosulfate enables efficient anaerobic microorganisms disinfection.

The study was published in Journal of Hazardous Materials on August 9.

The researchers constructed a rapid and efficient anaerobic bacterial sterilization system with MoS2 nanosheets via the synergistic effect between physical damage and chemical oxidation.

For physical damage, the negative sulfur of MoS2 can easily bond with hydrophilic heads of lipids, and the edges of MoS2 can act as a "knife" to cut through the cell membrane.

Based on density functional calculations, the researchers found that MoS2 nanosheets could catalyze permonosulfate and H2O to produce oxidation active species (OAS). These OAS could be visualized as "nano killers", which constantly oxidize the lipids around MoS2, re-release the surface of the "sharp knife", and cause cell death.

"With the collaboration of physical injury and chemical elimination, MoS2 features highly exposed active sites and tunable S vacancies, constructing a platform for boosting the generation of 'nano killers'. The increased production of these free radicals coupled with their close contact with bacteria enabled rapid and stable sterilization in various environments," said WANG Jin, first author of the study.

The process of physical extraction in collaboration with chemical oxidation not only precisely positions the cell membrane but also allows for continuous sterilization. "This work digs into the mechanism of anaerobic bacterial sterilization, which sheds light on biological analysis, antibacterial, cancer therapy, and anti-microbiologically influenced corrosion," said Prof. WANG Yi, the corresponding author of the study. 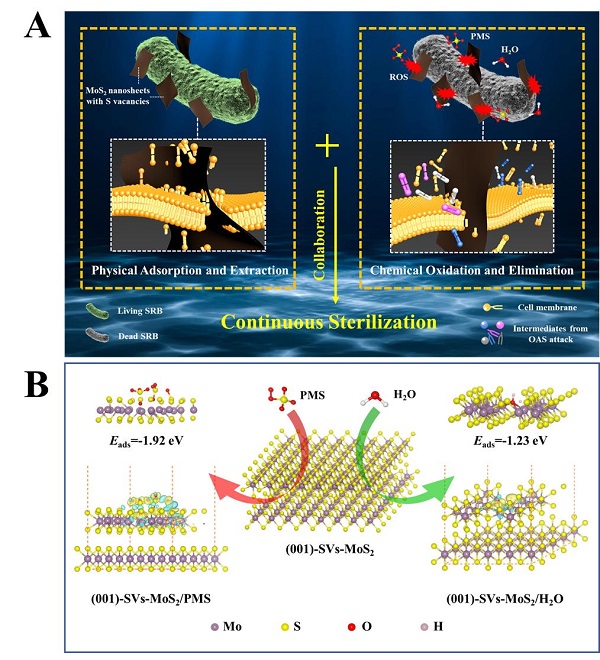 Fig. 1 (A) Schematic illustration of the continuous anaerobic bactericidal mechanism via physical extraction and chemical oxidation; (B) PMS and H2O adsorption on (001) surface of SVs-MoS2 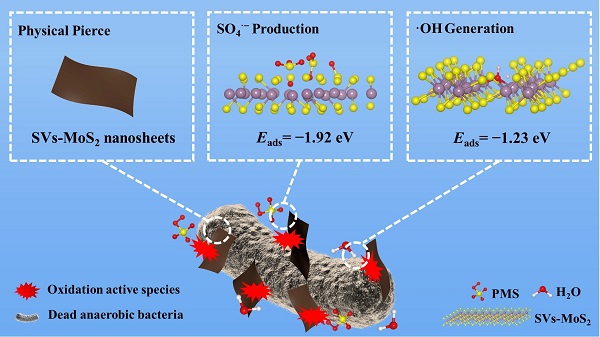 Fig. 2 The scheme of the collaboration of physical pierce and chemical injury of MoS2 nanosheets