Researchers reported a new way to look at the atoms that make up MXenes and their precursor materials, MAX phases, using a technique called secondary ion mass spectrometry.

Since the initial discovery of what has become a rapidly growing family of two-dimensional layered materials — called MXenes — in 2011, Drexel University researchers have made steady progress in understanding the complex chemical composition and structure, as well as the physical and electrochemical properties, of these exceptionally versatile materials. More than a decade later, advanced instruments and a new approach have allowed the team to peer within the atomic layers to better understand the connection between the materials’ form and function.

In a paper recently published in Nature Nanotechnology, researchers from Drexel’s College of Engineering and Poland’s Warsaw Institute of Technology and Institute of Microelectronics and Photonics reported a new way to look at the atoms that make up MXenes and their precursor materials, MAX phases, using a technique called secondary ion mass spectrometry. In doing so, the group discovered atoms in locations where they were not expected and imperfections in the two-dimensional materials that could explain some of their unique physical properties. They also demonstrated the existence of an entirely new subfamily of MXenes, called oxycarbides, which are two-dimensional materials where up to 30% of carbon atoms are replaced by oxygen.

This discovery will enable researchers to build new MXenes and other nanomaterials with tunable properties best suited for specific applications from antennas for 5G and 6G wireless communication and shields for electromagnetic interference; to filters for hydrogen production, storage and separation; to wearable kidneys for dialysis patients. 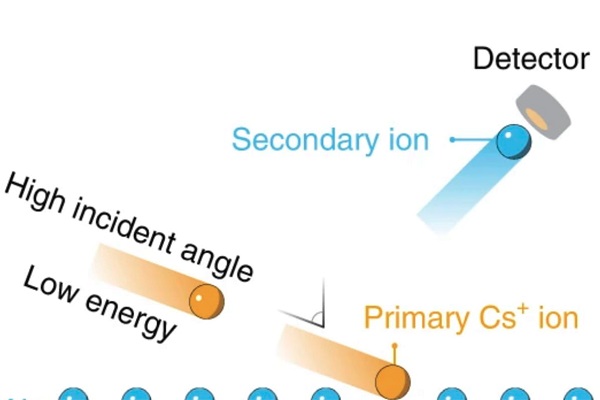 A new technique using secondary-ion mass spectrometry has given Drexel researchers a fresh look at the two-dimensional materials they have been studying for more than a decade.

“Better understanding of the detailed structure and composition of two-dimensional materials will allow us to unlock their full potential,” said Yury Gogotsi, PhD, Distinguished University and Bach professor in the College, who led the MXene characterization research. “We now have a clearer picture of why MXenes behave the way they do and will be able to tailor their structure and therefore behaviors for important new applications.”

Secondary-ion mass spectrometry (SIMS) is a commonly used technique to study solid surfaces and thin films and how their chemistry changes with depth. It works by shooting a beam of charged particles at a sample, which bombards the atoms on the surface of the material and ejects them — a process called sputtering. The ejected ions are detected, collected and identified based on their mass and serve as indicators of the composition of the material.

While SIMS has been used to study multi-layered materials over the years, the depth resolution has been limited examining the surface of a material (several angstroms). A team led by Pawel Michalowski, PhD, from Poland’s Institute of Microelectronics and Photonics, made a number of improvements to the technique, including adjusting the angle and energy of the beam, how the ejected ions are measured; and cleaning the surface of the samples, which allowed them to sputter samples layer by layer. This allowed the researchers to view the sample with an atom-level resolution that had not been previously possible.

“The closest technique for analysis of thin layers and surfaces of MXenes is X-ray photoelectron spectroscopy, which we have been using at Drexel starting from the discovery of the first MXene,” said Mark Anayee, a doctoral candidate in Gogotsi’s group. “While XPS only gave us a look at the surface of the materials, SIMS lets us analyze the layers beneath the surface. It allows us to ‘remove’ precisely one layer of atoms at a time without disturbing the ones beneath it. This can give us a much clearer picture that would not be possible with any other laboratory technique.”

As the team peeled back the upper layer of atoms, like an archaeologist carefully unearthing a new find, the researchers began to see the subtle features of the chemical scaffolding within the layers of materials, revealing the unexpected presence and positioning of atoms, and various defects and imperfections.

“We demonstrated the formation of oxygen-containing MXenes, so-called oxycarbides. This represents a new subfamily of MXenes – which is a big discovery!” said Gogotsi. “Our results suggest that for every carbide MXene, there is an oxycarbide MXene, where oxygen replaces some carbon atoms in the lattice structure.”

Since MAX and MXenes represent a large family of materials, the researchers further explored more complex systems that include multiple metal elements. They made several pathbreaking observations, including the intermixing of atoms in chromium-titanium carbide MXene — which were previously thought to be separated into distinct layers. And they confirmed previous findings, such as the complete separation of molybdenum atoms to outer layers and titanium atoms to the inner layer in molybdenum-titanium carbide.

All of these findings are important for developing MXenes with a finely tuned structure and improved properties, according to Gogotsi.

“We can now control not only the total elemental composition of MXenes, but also know in which atomic layers the specific elements like carbon, oxygen, or metals are located,” said Gogotsi. “We know that eliminating oxygen helps to increase the environmental stability of titanium carbide MXene and increase its electronic conductivity. Now that we have a better understanding of how much additional oxygen is in the materials, we can adjust the recipe – so to speak – to produce MXenes that do not have it, and as a result more stable in the environment.”

The team also plans to explore ways to separate layers of chromium and titanium, which will help it develop MXenes with attractive magnetic properties. And now that the SIMS technique has proven to be effective, Gogotsi plans to use it in future research, including his recent $3 million U.S. Department of Energy-funded effort to explore MXenes for hydrogen storage – an important step toward the development of a new sustainable energy source.

“In many ways, studying MXenes for the last decade has been mapping uncharted territory,” said Gogotsi. “With this new approach, we have better guidance on where to look for new materials and applications.”