The invention uses ultrasound-responsive nanobubbles to deliver treatment to targeted areas of a person’s body, avoiding side effects associated with traditional osteoporosis treatments, such as osteonecrosis (delayed healing of the jawbone) and gastrointestinal problems.

University of Central Florida researchers have created unique technology for treating osteoporosis that uses nanobubbles to deliver treatment to targeted areas of a person’s body.

The new technology was developed by Mehdi Razavi, an assistant professor in UCF’s College of Medicine and a member of the Biionix Cluster at UCF, and UCF biomedical sciences student Angela Shar at the Biomaterials and Nanomedicine Lab, as part of the lab’s focus on developing tools for diagnostics and therapeutics.

Osteoporosis is a disease marked by an imbalance between the body’s ability to form new bone tissue, or ossification, and break down, or remove, old bone, known as resorption.

According to the Bone Health & Osteoporosis Foundation (BHOF), studies suggest that one in two women and up to one in four men aged 50 and older will break a bone due to osteoporosis. Also, experts predict that by 2025, osteoporosis will be responsible for about 3 million fractures and $25.3 billion in costs annually. 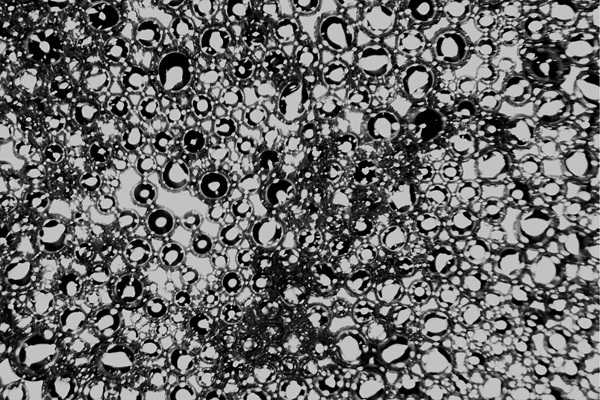 Microscopy image of nanobubbles after sonication using the UCF invention.

“But when the rate of bone resorption becomes higher than bone formation, then it leads to osteoporosis, a systemic disease of the skeletal system,” he says.

Many osteoporosis treatments today use drugs such as bisphosphonates to inhibit bone resorption. Side effects can include jaw osteonecrosis (delayed healing of the jawbone) and gastrointestinal problems.

The UCF invention, however, uses ultrasound-responsive nanobubbles to deliver treatment to targeted areas of a person’s body.

“There are a lot of nanoplatforms out there for osteoporosis treatment,” Razavi says. “But the advantage of ultrasound-responsive nanobubbles is that they require ultrasound for bubble disruption and gene delivery. Ultrasound itself can actually facilitate bone formation.”

A viable, safe alternative, the UCF invention both treats and prevents the effects of osteoporosis.

“It is a dual-acting technology,” Razavi says. “On one side, you are reducing bone resorption, and on the other side, you are increasing bone formation using ultrasound.”

Razavi says that the nanobubbles both protect the siRNA from directly interacting with its surroundings and targets osteoclast cells, which are the bone cells that carry the CTSK gene. CTSK is a key player in the bone resorption process.

“So, we downregulate, reduce high expression of those [bone resorption] genes using the siRNA,” he says.

He added that the delivery system also helps to slow the release of the treatment and prolong the gene silencing mechanism’s effectiveness.

Each nanobubble encapsulates the treatment in a gas core and liquid shell made from perfluorocarbon.

“The gas core helps us to image and track the nanobubbles,” Razavi says. “It’s also embedded with molecules that can target bone.”

“The bubbles go into the bone cells, search and find those genes that cause osteoporosis, and they bury the CTSK siRNA which then creates a complex,” he says. “That complex is thermodynamically unstable, and that will lead to a kind of downregulation or silencing of those genes. When you measure for cathepsin K expression, you get a lower expression of that.”

For controlled, sequential release and customized treatment (for example, low intensity for superficial fractures versus high intensity for deep lesions) the ultrasound parameters can be modified, including exposure time, intensity, frequency, and waveform.

Razavi cited other uses for the invention.

“You can use this for cancer and other applications, like neurodegenerative diseases such as Alzheimer’s,” he says.

One advantage of nanobubbles over microbubbles is their ability to pass through the cell membrane to deliver therapeutics.

“Ultrasound can actually open up the blood-brain barrier to facilitate the migration of the nanobubbles into the neural cells for gene delivery,” he says.

Chemo-therapeutic drugs can be encapsulated into the bubbles and then injected to target tumors. Also, because these bubbles have a gas core, they can deliver oxygen.

“One solution here is to deliver oxygen into the tissue to facilitate regeneration,” he says. “We are trying to find approaches that could be globally deployed, are non-invasive, widely available, portable, and inexpensive.”