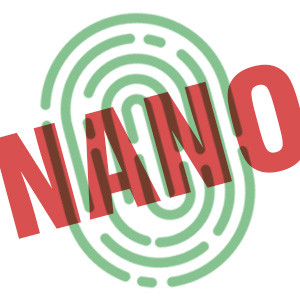 Anti-forgery technologies have created a very attractive market for producing companies. Therefore, some companies try to use nanotechnology in intellectual properties of products, and they have presented commercial approaches. Quantum dots, nanoparticles, and nanotubes are among the nanostructures used in anti-forgery technologies existing in the market. Application of nanomaterials makes unique anti-forgery labels, and the forgery becomes almost impossible. Therefore, many companies look forward to use this technology in their products.

Forgery and fake products are among the most serious challenges in economy and safety in the world. Forged drugs, food, and beverage risk the society’s health condition while fake passports and credit cards are serious concern for the governments. RFID chips, labels, holograms, and special inks are considered tools of products against forgery. The forgers are able to copy the technologies in 18 months at most. So, it is necessary to use new and complicated technologies at nano-scale.

In this regard, The Korean Nano Brick Company has produced small labels entitles M-Tag by using nanotechnology, which has attracted the attention of many companies all over the world. The product is the result of 8 years of research and development in the field of nanotechnology. Nanoparticles used in the labels change in color and pattern in magnetic fields. The company has started to sell anti-forgery labels to some Korean and international companies such as SAEC Co (Japanese producer of electrical pieces), Jayjun Cosmetic Cop, and Oozoo (Korean producer of mask packaging). The company has recently sold the product to a Chinese company active in the production of beverage.

Quantum dots are among the most important nanostructures in the production of anti-forgery labels. Therefore, companies that produce quantum dots are widely active in this field of industry. Dotz Nano Company has received a budget of 1.5$ million in order to commercialize graphene quantum dots. The company looks forward to use quantum dots in the production of anti-forgery labels. The company has recently filed a patent on creation of labels in fuels. Quantum dots can be added to the fuel in a way they are not easily eliminated by using this patented technology. The project is the result of cooperation between two international companies that focus on anti-forgery products and brand protection. Dotz Nano Company has also prepared a patent for this new application, in which the use of quantum dots for the labeling of fuels has been described. Before that, Quantum Materials Company has produced a new anti-forgery system in cooperation with Virginia Tech Institute, in which quantum dots had been used as additives in 3-D printing process. A patent has been filed in USPTO by a Russian company, which expresses a method to use quantum dots in the safety of credit cards.

Carbon nanotubes can be used in anti-forgery products too. Lockheed Martin Company is an American company active in the field of aerospace. This company has recently filed a patent in USPTO to introduce carbon nanotubes as the detector of forgery. Due to high electrical conductivity, the label can create specific conductive patterns. The patterns are not visible to the naked eye, and they do not change the look of the product.

A number of companies work on the production of anti-forgery labels by using DNA. Applied DNA Sciences Company has produced a nano-label based on DNA to be used in electronic devices in the Ministry of Defense. This company has signed contracts with 26 other companies to sell this technology. A number of 500000 electrical devices have so far been labeled through this technology. Gubelin Gem Lab Company in association with one of the greatest producers of emeralds in the world has designed a test to verify the originality of emeralds by using nanoparticles based on DNA. Nanotech Security has published two patents in USPTO and EPO to enable the protection of invaluable paintings by using thin layers.

According to a report published by Allied Market Research, anti-forgery products had a market of more than 57.4$ billion in 2013, and it is predicted to reach 142.7$ billion in 2020.