After the coronavirus pandemic erupted, Sigma Fit developed protective suits using the same liquid-repellent material that had made the company famous at a Las Vegas consumer products show.

Normally, the company deploys its hydrophobic tech to make sportswear that can go without washing for several weeks even when worn daily.

These outfits retain maximum protection against the virus for up to 30 washes, enabling them to be reused. Sigma Fit has delivered around 10,000 suits to hospitals across Egypt.

“These have replaced the disposable ones, which are more expensive, less protective and environmentally unfriendly,” said El-Monayar, 29, who launched the company in 2016.

“The suit has nanotechnology to repel the liquids, while its permeability is less than 1 micron, so the virus can’t penetrate it,” he added. “We did a lot of testing and obtained certifications from the government that it provides enhanced protection.”

El-Monayar said disposable protective suits are priced at 50 Egyptian pounds ($3.10), while Sigma Fit’s reusable ones cost 250 pounds and can be used a further 30 times if sprayed with alcohol.

The innovations do not stop there: Sigma Fit also created nanotech masks for public use, making them available for purchase in Egypt in early June.

“We need to manufacture a mask that’s cheap, stylish and comfortable. We want to create a fashion culture so that if people love the product, they’ll be more likely to wear it and protect themselves,” El-Monayar said.

“Masks are probably going to be required for years. (Ours) are liquid-repellent, and the fabric density is international-grade. On the inside, they’re made from a sports polycotton that can absorb all your sweat.” 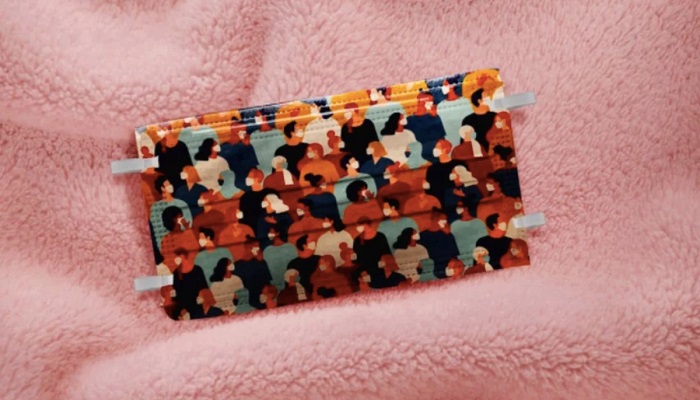 Sigma Fit also created nanotech masks for public use, making them available for purchase in Egypt in early June.

Sigma Fit, which currently employs 85 people, says its medical-grade material cannot be penetrated by the virus. This claim is based on calculations that the virus would be attached to solid or liquid particles with a diameter of 8 microns traveling at up to 80 km per hour.

“Even if the virus were able to penetrate the mask, there’s another fabric layer on the inside to stop it,” El-Monayar said. “Tests have shown we can achieve a 98 percent infection-prevention rate.”

In Egypt, a box of disposable face masks typically sells for 250 pounds. Sigma Fit’s reusable alternative will be priced at 75 pounds, but it can be washed up to 50 times and still retain its hydrophobic qualities.

“If you went 50 days using a different disposable mask each day, there’s a big probability that at least some will be infected. If you (throw these out), they could end up contaminating the people who collect the trash,” said El-Monayar, adding that some hard-up Egyptians are retrieving discarded masks from bins in order to wash and resell them.

Sigma Fit will make its masks available (via its website) to users of gyms and other sports facilities, and will offer them as a “white label” product so other companies can use them as a branding tool.

El-Monayar envisages selling the protective item to factories and other places with large workforces, forecasting that the company will generate $5 million in revenue from the product over the next 10 months.

The exact chemical makeup of Sigma Fit’s hydrophobic nanotechnology remains a company secret, but the coating is based on the same principles as waterproof paint for boats and vehicles.

“I saw a liquid-repellent coating for cars, and it clicked. ‘What if we could do clothing like that? Would that work? It would make it antibacterial.’ Then I started getting crazy about it,” said El-Monayar, who worked on Sigma Fit in his spare time for 20 months before quitting his job as a petroleum engineer to focus solely on the startup.