As researchers and physicians strive to find effective and safe therapeutics to counter the coronavirus disease 2019 (COVID 19), an interesting new study published in the bioRxiv* preprint server suggests that preventing the movement of cholesterol through its high-affinity cell membrane receptor scavenger receptor type B-1 (SR-B1) may inhibit viral entry by up to 80%. This reveals a potentially efficacious therapeutic route for further development, not only for COVID-19 but other diseases caused by viruses with the same underlying mechanism.

Similar to other coronaviruses, this virus has three structural proteins in its capsid, the membrane (M), envelope (E), and spike (S) proteins. The spike protein is responsible for viral entry.

Many risk factors have been identified for severe or critical COVID-19, including obesity, advanced age, and diabetes mellitus. The median age of individuals who die of causes related to COVID-19 is 78 years. The reason for this clustering of risk factors with disproportionate mortality is now coming to light.

Earlier, several studies showed that the virus (SARS-CoV), responsible for the earlier SARS pandemic, showed a clear correlation between its infectivity and cholesterol in the host cell. This is the case with the current virus, SARS-CoV-2, as well, according to recent research.

The virus binds to the host cell receptor, the angiotensin-converting enzyme 2 (ACE2), to achieve entry. However, this process has recently been shown to depend on a co-receptor, called SR-B1). 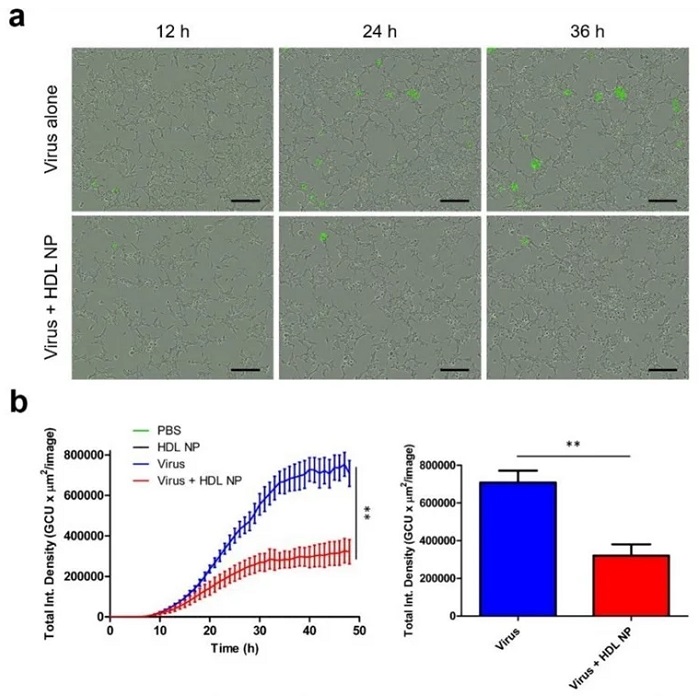 Role of SR-B1 and HDL

This SR-B1 receptor binds native high-density lipoproteins (HDL), which are rich in cholesterol – commonly nicknamed ‘good cholesterol’ as they remove cholesterol from the body’s cells to transport it to the liver, for excretion, and to various tissues where it is used to synthesize steroid hormones. This is called reverse transport of cholesterol.

HDLs are nanoparticles with a range of physiological roles. They have anti-inflammatory properties and maintain both epithelial and endothelial barrier function. They also participate in the reverse transport of cholesterol, enabling them to modulate the metabolism of cholesterol within cells.

SR-B1 may act in tandem with HDL to allow the virus to enter airway cells. This receptor is present on liver cells, immune cells, and type II alveolar cells, thus agreeing with the targeting of the lungs by SARS-CoV-2. This receptor has previously been found to act as a co-receptor for other viruses, including hepatitis C virus and plasmodia.

SARS-CoV-2 has been shown to achieve host cell entry at membrane domains rich in cholesterol. Cholesterol also helps the cell move the host cell receptor, angiotensin-converting enzyme 2 (ACE2) to these domains while enhancing the affinity of the cell for SARS-CoV-2.

Based on these findings, the researchers suggest that the predilection of the virus to cause severe disease or death in high-risk groups can be explained and that cholesterol reduction could be a worthwhile therapeutic approach.

Most research on COVID-19 therapies focuses on blocking virus-ACE2 interactions, using specific antibodies or decoy molecules to draw the virus away from the target host cell. In the present experiment, the researchers attempted to use the knowledge of the role played by cholesterol in viral entry to modulate the cell membrane, thus making it hostile to viral entry.

Both SARS-CoV and SARS-CoV-2 are known to use lipid rafts rich in cholesterol and in another type of lipid called monosialotetrahexosylganglioside 1 (GM1), to enter mammalian cells in culture. When treated with a compound called methyl-β-cyclodextrin (MβCD) that removes cholesterol, before exposing the cells to these viruses, the extent of infection was markedly reduced.

Recent studies have shown that the synthesis of cholesterol in the body could be essential to viral entry into the host cells. The study explores the extent of inhibition that a nanoparticle formulation can exert, via targeted cholesterol reduction, on SARS-CoV-2 entry.

The scientists had earlier developed synthetic HDLs for their research purposes. In the current experiment, they used an inorganic core nanoparticle (NP) around which HDL-associated protein (apolipoprotein A-I) and lipids were clustered. This superficial resemblance to HDLs caused these NPs to bind firmly to SR-B1.

However, their downstream effects on the membrane cholesterol are different, because of the lack of cholesterol esters at their center. Due to the reduction in cholesterol within the cell following the binding of these NPs, the cell synthesizes more cholesterol to make up.

When their potential for therapeutic use was explored, these NPs showed the ability to powerfully block the entry of exosomes, which are extracellular lipid vesicles. These are very like viruses in some ways. Secondly, the ability to modulate cell cholesterol has led to the use of these HDL NPs as antitumor molecules to treat cancers that require SR-B1-dependent cholesterol uptake.

Thirdly, by altering the type of lipids assembled on the surface of these NPs, they can be made to target Gram-negative bacterial lipopolysaccharide (LPS) and prevent the LPS-mediated release of potent pro-inflammatory cytokines like NF-κB.

Given these demonstrated uses, the researchers used these particles to reduce cholesterol in cell membranes and to study the effect of such a reduction on the entry of a SARS-CoV-2 pseudovirus.

They found that when cells were treated with HDL NPs at a dose of 50 nM simultaneously with exposure to the pseudovirus, there was a marked reduction in infectivity by ~55% and 80%, depending on the cell line used. This difference in inhibition correlates directly with the level of SR-B1 expression.

When the expression of this receptor was blocked, there was a corresponding reduction in infectivity, supporting the postulate that SR-B1 is a co-receptor for the virus. And finally, treating such cells with HDL NPs as well as reduced viral entry, but not as much as by HDL NP treatment alone.

Thus, HDL NPs deserve to be explored for their ability to prevent infection with SARS-CoV-2. They could also be developed as a potential treatment for all viral infections that depend on the presence of cholesterol in the cell membrane, and require lipid rafts, for their successful entry into host cells.