Range anxiety, recycling, and fast-charging fears could all be consigned to electric-vehicle history with a nanotech-driven Australian battery invention. The graphene aluminum-ion battery cells from the Brisbane-based Graphene Manufacturing Group (GMG) are claimed to charge up to 60 times faster than the best lithium-ion cells and hold three times the energy of the best aluminum-based cells.

They are also safer, with no upper Ampere limit to cause spontaneous overheating, more sustainable and easier to recycle, thanks to their stable base materials. Testing also shows the coin-cell validation batteries also last three times longer than lithium-ion versions.

GMG plans to bring graphene aluminum-ion coin cells to market late this year or early next year, with automotive pouch cells planned to roll out in early 2024.

Based on breakthrough technology from the University of Queensland’s (UQ) Australian Institute for Bioengineering and Nanotechnology, the battery cells use nanotechnology to insert aluminum atoms inside tiny perforations in graphene planes. 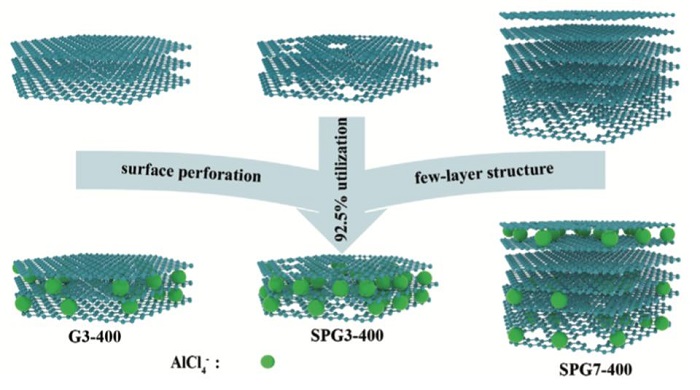 The Graphene Manufacturing Group's aluminum-ion technology can charge an iPhone in less than 10 seconds. It works by dropping aluminum atoms into perforations in graphene.

GMG Managing Director Craig Nicol insisted that while his company’s cells were not the only graphene aluminum-ion cells under development, they were easily the strongest, most reliable and fastest charging.

“It charges so fast it’s basically a super capacitor,” Nicol claimed. “It charges a coin cell in less than 10 seconds.”

The new battery cells are claimed to deliver far more power density than current lithium-ion batteries, without the cooling, heating or rare-earth problems they face.

“So far there are no temperature problems. Twenty percent of a lithium-ion battery pack (in a vehicle) is to do with cooling them. There is a very high chance that we won’t need that cooling or heating at all,” Nicol claimed.

“It does not overheat and it nicely operates below zero so far in testing. “They don’t need circuits for cooling or heating, which currently accounts for about 80kg in a 100kWh pack.” 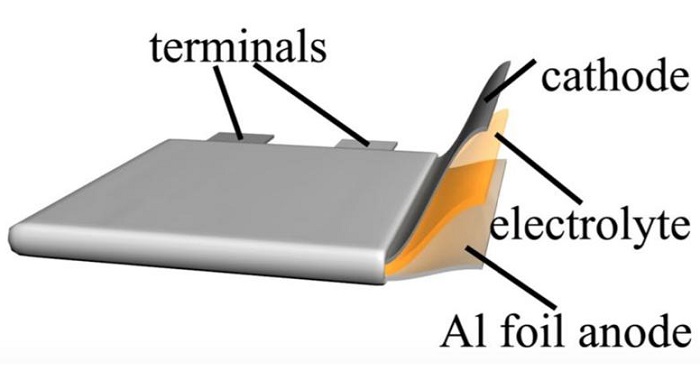 When aluminum-ion batteries recharge, they return to the negative electrode and swap three aluminum electrons per ion, compared to lithium's top speed of just one.

The new cell technology, Nicol insisted, could also be industrialized to fit inside current lithium-ion housings, like the Volkswagen Group’s MEB archicture, heading off problems with car-industry architectures that tend to be used for up to 20 years.

“Ours will be the same shape and voltage as the current lithium-ion cells, or we can move to whatever shape is necessary,” Nicol confirmed.

“It’s a direct replacement that charges so fast it’s basically a super capacitor. Some lithium-ion cells can’t do more than 1.5-2 amps or you can blow up the battery, but our technology has no theoretical limit.”

Aluminum-ion battery cells are a hot bed of development, particularly for automotive use.

The differences are highly technical, but the GMG cells use graphene from made from its proprietary plasma process, rather than traditional graphite sourcing, and the result is three times the energy density of the next-best cell, from Stanford University. 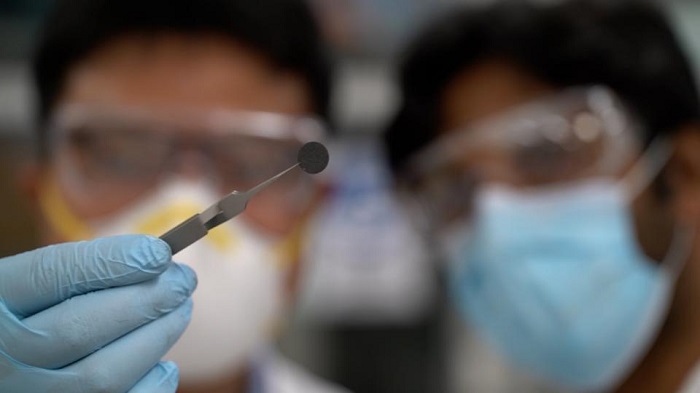 The Graphene Manufacturing Group aluminium-ion coin cell will be in production in early 2022.

Stanford’s natural graphite aluminum-ion technology delivers 68.7 Watt-hours per kilogram and 41.2 Watts per kilogram, while its graphite-foam bumps up to 3000W/kg. The GMG-UQ battery heaves that forward to between 150 and 160Wh/kg and 7000W/kg.

“They (UQ) found a way to make holes in graphene and a way to store aluminum atoms closer together in the holes. If we drill holes the atoms stick inside the graphene and it becomes a whole lot more dense, like a bowling ball on a mattress.”

“This SPG3-400 material exhibits an extraordinary reversible capacity (197 mAh g−1 at 2 A g−1) and outstanding high-rate performance,” it concluded.

Aluminum-ion technology has intrinsic advantages and disadvantages over the preeminent lithium-ion battery technology being used in almost every EV today.

When a cell recharges, aluminum ions return to the negative electrode and can exchange three electrons per ion instead of lithium’s speed limit of just one.

There is also a massive geopolitical, cost, environmental and recycling advantage from using aluminum-ion cells, because they use hardly any exotic materials.

“It’s basically aluminum foil, aluminum chloride (the precursor to aluminum and it can be recycled), ionic liquid and urea,” Nicol said.

“Ninety percent of world lithium production and purchasing is still through China and 10 percent is through Chile. We have all the aluminum we need right here in Australia, and they can be safely made in the first world.” 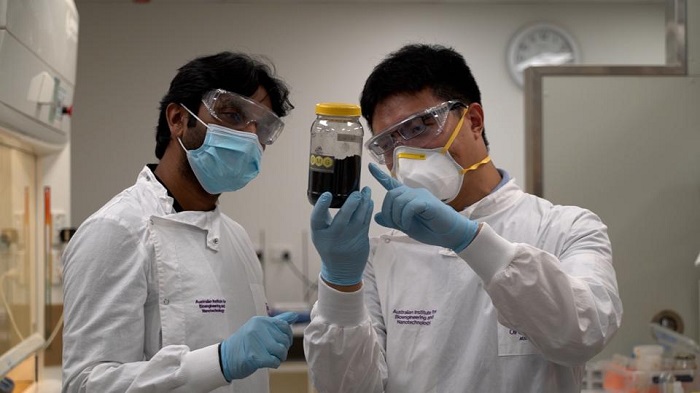 Listed on the TSX Venture exchange in Canada, GMG hooked itself in to UQ’s graphene aluminum-ion battery technology by supplying the university with graphene.

“Our lead product scientist Dr Ashok Nanjundan was involved in the University of Queensland project in its nanotechnology research centre in its early days,” Nicol said, admitting GMG almost “lucked into” the technology by supplying research projects with its graphene at no cost.

GMG has not locked down a supply deal with a major manufacturer or manufacturing facility.

“We are not tied in to big brands yet, but this could go into an Apple iPhone and charge it in seconds,” Nicol confirmed.

“We will bring the coin cell to market first. It recharges in less than a minute, and it has three times the energy than with lithium,” the Barcaldine product said.

“It’s a lot less adverse effect on health, too. A kid can be killed by lithium if it’s ingested, but not with aluminum.” 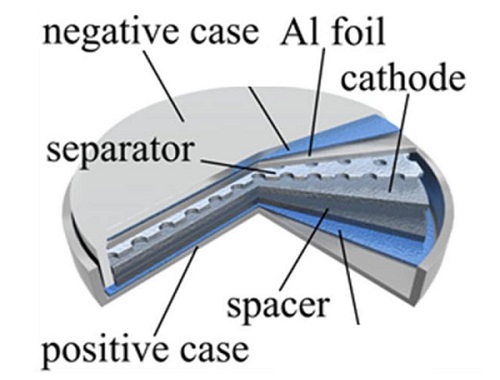 The coin battery will be the first Graphene Manufucturing Group aluminium-ion battery in production, starting early next year.

Another advantage is that the GMG graphene aluminum-ion cells do not use copper, which costs around US$8470 a tonne.

While it is open to manufacturing agreements, GMG’s preferred plan is to “run” with the technology as far as it can, with 10 gigaWatt to 50gW plants, first, even if Australia may not be the logical first choice for the manufacturing facility.

It’s not the only Brisbane-based company pushing battery solutions onto the world, either.

PPK Group has a joint venture with Deakin University to develop lithium-sulphur batteries and the Vecco Group has confirmed a deal with Shanghai Electric for a Brisbane manufacturing plant for vanadium batteries for commercial energy storage.