LETI researchers identified the main properties of magnetotactic bacteria and described the possibilities of their application in medicine. The results obtained will help create theranostic agents in neurooncology and cardioprotection.

Magnetotactic bacteria (MTB) are distinguished by their ability to synthesize magnetosomes, special cellular organelles in which magnetite biomineralization occurs. Thanks to their magnetic properties, MTBs and isolated magnetosomes can be used in medicine to fight cancer. Using magnetosomes, drugs will be transported directly to the malignant tumor. In addition, scientists aim to study the formation of bacterial magnetite crystals inside MTB cells, the mechanisms of magnetostatic interaction between individual magnetosomes, and their chemical and aggregative stability outside the bacterial cells. These results become the core of research in paleomagnetism and the physics of magnetic phenomena.

Currently, scientists from Germany, France, Brazil, the USA, and Japan are engaged in large-scale research of magnetotactic bacteria. The research conducted by LETI scientists will be the first in St. Petersburg. LETI chose an interdisciplinary approach: the university formed a research team, which includes specialists in different fields - physics of magnetic phenomena, rock magnetism and magnetofossils, neurooncology, and target therapy based on nanoparticles, as well as the synthesis of composite magnetic particles based on iron oxide. That will make it possible to carry out a versatile study and obtain objective results. 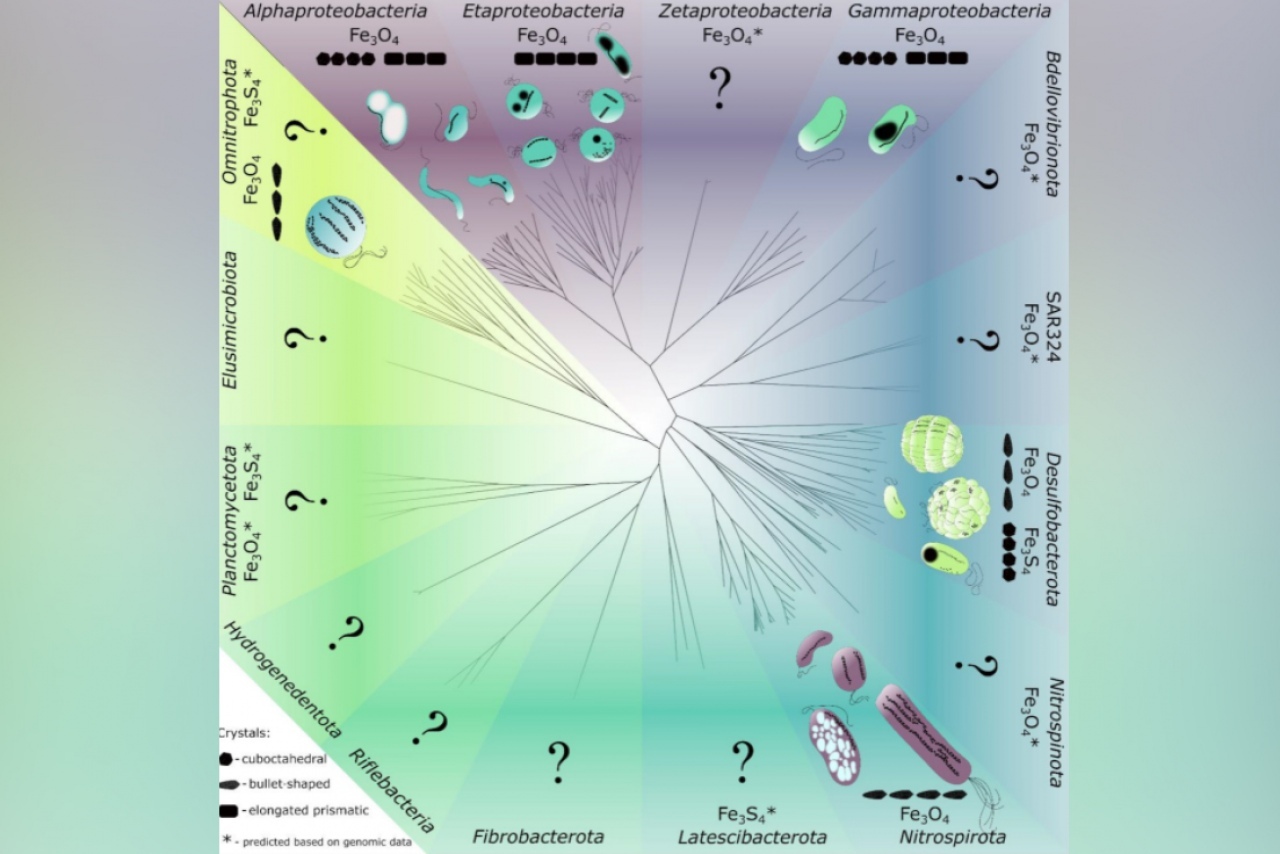 "We expect to eventually complete the full cycle of research - from fermentation of MTBs in high throughput automated bioreactors of large volume and evaluation of their physical characteristics to functionalization of magnetosomes with pharmaceuticals and their laboratory tests. Thus, subject to the achievement of the set goals, for the first time in our city, there will be world-class results in this field of science." Kamil Gareev, Associate Professor of the Department of Micro- and Nanoelectronics of LETI, Senior Researcher of the Engineering Center for Microtechnology and Diagnostics.

The next stage of studying MTBs will bring scientists closer to the practical use of structures based on bacterial magnetosomes in medicine as new tools for targeted drug delivery, hyperthermia therapy, and contrast agents for magnetic resonance imaging. "Compared to currently used structures based on synthetic iron oxide nanoparticles, bacterial magnetite has better chemical stability, high uniformity in shape and size, and, even more importantly, high biocompatibility," commented Kamil Gareev.

LETI scientists obtained the first results of studying magnetic nanoparticles in 2013, and since then, research in this direction has continued. Until 2021, the research mainly focused on the properties of synthetic, rather than biogenic, magnetic nanoparticles, such as magnetosomes. The long-term experience allowed researchers to move on to a full-fledged study of magnetotactic bacteria and bacterial magnetosomes.

The results of the joint study with colleagues from St. Petersburg State University, RAS Institute of Cytology, and RAS Institute of Biotechnology were published as a review article in the journal Magnetochemistry.