In a paper published August 23 in Nature Chemistry, the team detailed a library of such structures made in their lab—two interlocked rings, a ring on a dumbbell, a daisy chain and an interlocked double lasso—each around one billionth of a meter in size. The study also demonstrates that some of these structures can toggle between at least two shapes, laying the groundwork for a biomolecular switch. 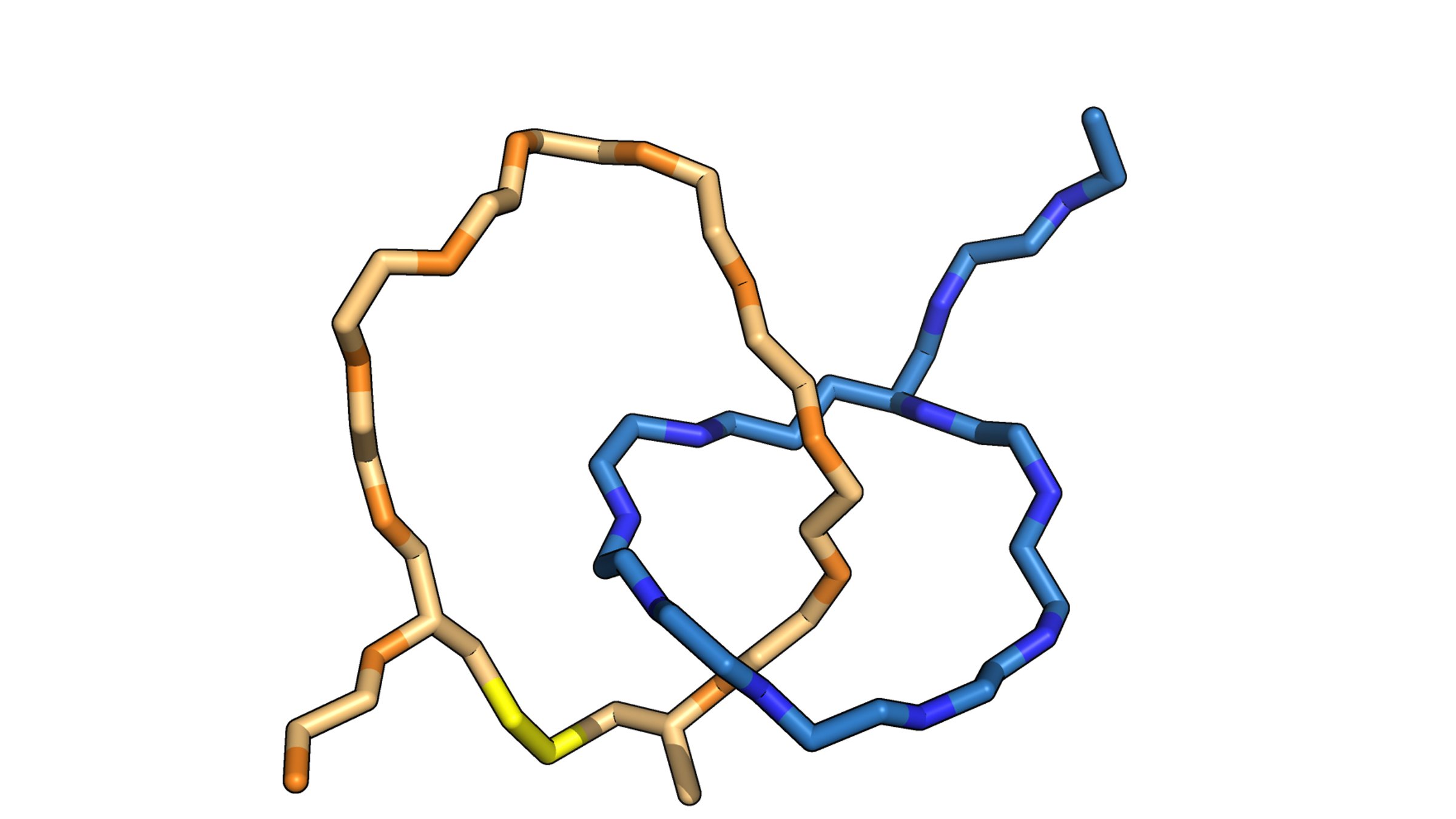 The naturally occurring peptides normally form a single lasso shape, but in this work the researchers manipulated them into interlocking combinations. Using spectroscopy, they mapped the final product—two interlocked rings—and used the data from that map to construct a computer model of the molecules in progressive stages of detail.

To craft these gadgets, dubbed mechanically interlocked peptides, or MIPs, the researchers used genetic engineering to manipulate individual amino acids in a naturally occurring lasso peptide, microcin J25, and direct the peptide to self-assemble into new shapes. They also bypassed the need for the harsh solvents and metal ions used in building similar synthetic molecular architectures, work that was the focus of the 2016 Nobel Prize in chemistry. This work, using a single-pot protocol in water, leverages minimal control over the peptides' own form-finding program to create an entirely new class of technology.

"Entangled structures are being found more and more frequently in proteins, peptides and other natural products," wrote Hendrik V. Schröder, a postdoctoral researcher in Link's lab and the study's first author, in an accompanying blog post. "We are only beginning to understand how these natural structures are made in water by complex enzyme machineries and what role mechanical bonding plays in biomolecules."

While there's no clean distinction between peptides and proteins, peptides are generally smaller than proteins, which tend to be very long, intricately folded or both. Entangled peptides, such as the class known as lasso peptides, are extremely robust small molecules and promise to make a major impact in biomedicine, including the treatment of bacterial infections. Combining those threaded peptides and the rings they form into more complex structures, as in this work, establishes a new foundation for higher order biomolecules that could revolutionize materials design and human health.

The structures could even lead to devices that "mimic the contraction of human muscles," according to Jan H. van Maarseveen, an organic chemist at the University of Amsterdam who was not involved in this study. He said the work exhibited "extraordinary creativity" and, in a supporting opinion piece for Nature Chemistry, outlined the ways in which Link's team opened doors for bioengineers and chemists to work together in unraveling the vast technological potential of these entangled molecules.

"It's really building a bridge between the biological world," Link said, "and what until now has been the playground of synthetic chemistry."

Read the original article on The Trustees of Princeton University.