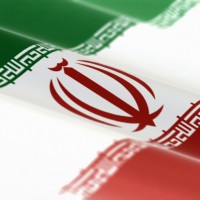 Iran is a country located in the Southwest of Asia in the Middle-East with an area of 1,648,195 sq km. According to The World Bank, in 2012 Iran has a population of 76,424,400. Tehran is the capital, the largest city, and the political and administrative capital of Iran. Iran is important strategically due to its location in Eurasia zone. The country is a member of the United Nations (UN), Non-Aligned Movement (NAM), Organization of the Islamic Cooperation (OIC), Organization of the Petroleum Exporting Countries (OPEC), Economic Cooperation Organization (ECO), and a number of other international organizations. Iran is considered a local force in the Southwest of Asia, and it has acquired important position in the global economy due to possessing petroleum and petrochemical industries, natural gas, and auto industry [1].

Beginning of Nanotechnology in Iran

The main goal of the first ten-year strategic plan is the production of wealth and improving life quality of the people. One of the major missions in the plan is that Iran must be among the top 15 countries by 2014. To this end, various strategic programs have been considered in the plan to develop human resources, production of science, development and innovation development, and finally the production and commercialization of products and the presentation of the products to the international markets.

Public promotion of nanotechnology is one of the unique characteristics of nanotechnology development program in Iran in comparison with other countries. Significant attention to public education of nanotechnology, especially at school level, is clearly observed in Iran. Iran Nanotechnology Initiative Council established Nano Club to improve the familiarity of school students with nanotechnology and nanosciences, and to create an environment for the students to carry out research in this field. The innovative organization of Nano Olympiad is one of the promotional programs in Iran. Nano Club’s website started its educational activities on the Internet in 2004, and it has programmed and carried out various educational activities since 2008. The Club tends to guide students through an educational process from learning basic concepts to creating knowledge-based ideas, so that their academic research will be based on what they have learned and experienced in Nano Club after their graduation. Provision of the opportunity for teamwork is one of the most important principles in Nano Club. The interdisciplinary nature of nanoscience and nanotechnology is a concept that is practically taught to students during their activities in the Club. Nano Bell Monthly, Nanotechnology Monthly, and Nano Club website are among other activities of Iran Nanotechnology Initiative Council in line with the promotion of nanotechnology. Among other programs carried out in students’ section, mention can be made of the establishment of seven laboratories for students in research houses[4]. 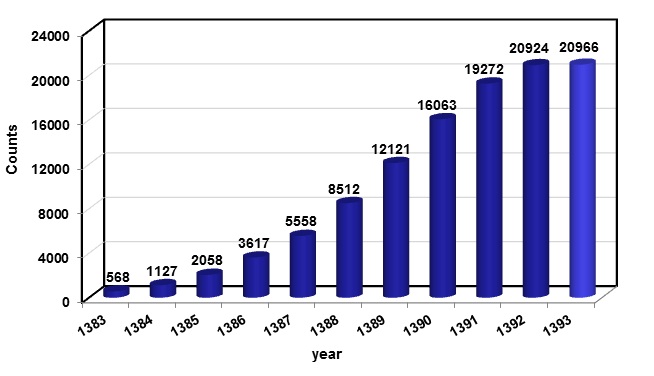 Table 1: Countries and the Number of Their Proposed International Standards

Eco Nano Network: Iran Nanotechnology Initiative Council proposed the establishment of the network in 2009, and the objectives of the network were to improve nanotechnology level among Eco member countries (Afghanistan, Azerbaijan, Kazakhstan, Iran, Kyrgyzstan, Pakistan, Tajikistan, Turkey, Turkmenistan and Uzbekistan), to exchange experiences and skills among these countries, develop economic share of Eco in knowledge-based exchanges, create regional and international market for nanotechnology products, and finally improve life standards in these countries [7].

The International Center on Nanotechnology for Water Purification (UNIDO) is located in Tehran, and Iran is responsible for the management of the center. Iran has carried out many joint projects with Germany, Russia, India, Taiwan and South Korea, and it is an active member of the Asia Nano Forum (ANF).

Challenges in the path to grow and develop scientific findings in universities to present the findings to the market are among the problems in the commercialization of the academic achievements. Statistics show that over 80% of the technologies obtained in research centers are never presented to the market. The process to convert an idea to a product requires various informative, managerial, legal and financial infrastructures. Tech-Market Services Corridor has taken into consideration all these needs, and it has located active units in the field of specialized technology services in an integrated complex. Desirable achievements are obtained sooner in various parts after the establishment of this technology development network, and by administrating correct management on research and technology activities. Tech-Market Services Corridor provides services in the following scopes [8]: 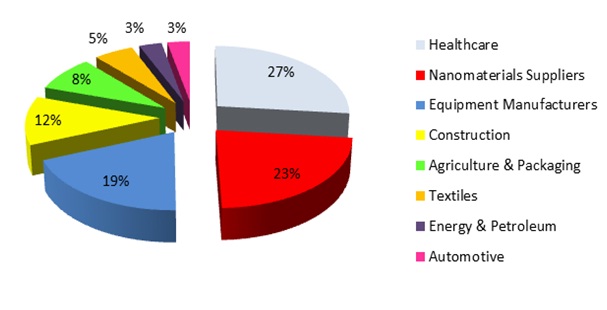 Figure 2: Distribution of Nanotechnology Companies according to their Fields of Activity

The production of laboratorial and industrial devices related to nanotechnology has been one of the major priorities for nanotechnology authorities in Iran. Therefore, numerous stimulus programs have been organized to persuade inventors and researchers to manufacture nanotechnology devices and equipment. Up to 2013, Iranian companies produced 116 devices and presented them to the market. 143 nano-related companies are active in Iran which manufacture 257 nano-products. Some of the companies have been introduced briefly hereafter, and a list of their products has been mentioned.

Chitotech Company: Chitotech was developed from a research institute that worked on natural biopolymers and their applications in the medical sciences. The productive unit of the company was established in 2005. Chitotech is the first company in the Middle-East that produces antiseptic solutions based on nanosilver, laceration treatment of advanced products, and blood coagulation materials. Laceration Silvosept, burning Silvosept, hand Silvosept, injection antiseptic Silvospet, blood coagulator, and wound treatment materials are among other products of the company.

Parsa Polymer Sharif Company: The company was established in 2007, with over a decade and a half research background, and it started its activities in the field of polymeric advanced compounds. By producing polymeric nanocomposites, the company provides the needs of a wide range of industries, including packaging, transportation, home appliances, and building materials such as pipes, profiles, plates, wires, and cables.

Zist Pazhoohan Khavar Miyaneh Company (Middle-East Bioresearchers): Zist Pazhoohan Company was established in 2004, aiming to reduce the loss in fruits and vegetables in the country, transfer novel technologies and make them applicable in the field of agriculture and industry. Today, the company produces waxes and covers for the fruits, tagging machines, biological research devices, foodstuff quality control devices, and packaging devices.

The number of published nanotechnology ISI-indexed articles is one of the scientific indices to evaluate the scientific standing of the countries. As is seen in Figure 3, Iran has shown significant growth in this index in the past 10 years, to the extent that it improved its rank to 8th in 2012 while it ranked 56th in 2000. According to the data shown on Stat Nano Website [9], Iran has published 4555 ISI-indexed articles in 2013, and the share of nanotechnology articles from all scientific articles published in Iran was 19%. Among the Islamic countries, Iran shares 3.9% of all nanotechnology articles published in 2013 while Turkey, Saudi Arabia, and Malaysia possess 1.18%, 1.05% and 1.04%, respectively. 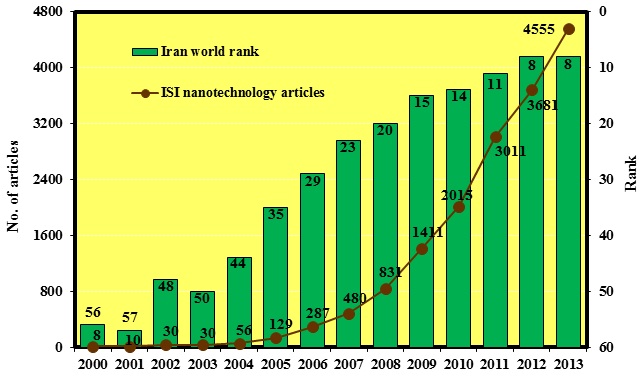 Figure 3: Trend of Changes in the Number of Iran’s ISI-indexed Articles and Rank

Figure 4 shows the trend of changes in h-index value for nanotechnology articles published by the top 30 countries in nanoscience production in 2013. China and the United States ranked first and second highly distanced from other countries. The huge difference can be seen in Chart A in Figure 4. By publishing 21453 and 34379 nanotechnology articles and h-index values of 37 and 30, the United States and China possessed the highest ranks in these two indices, respectively. Chart B has been drawn after the elimination of these two countries so a better arrangement of the countries can be seen on the chart. South Korea, Japan, and Germany had better quantitative and qualitative positions than other countries excluding the United States and China. India and Britain are relatively good in one dimension (quantity and quality, respectively). Iran, Italy, Spain, Canada, and Taiwan are located in the middle of the chart. It can be expressed that there is a balance between the quantity and quality of nanotechnology articles in these countries. Iran is higher than Italy, Spain, UK, Switzerland, Netherlands, and Singapore in the number of nanotechnology articles, but it has a great difference from these countries in the number of highly cited articles. 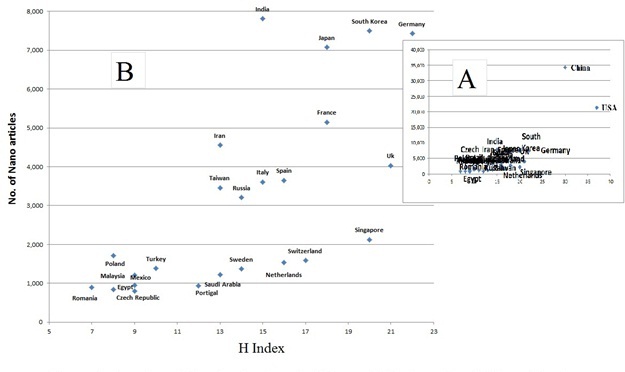 Figure 4: Number of Nanotechnology Articles and H-Index of Top 30 Countries in Nanoscience Production in 2013 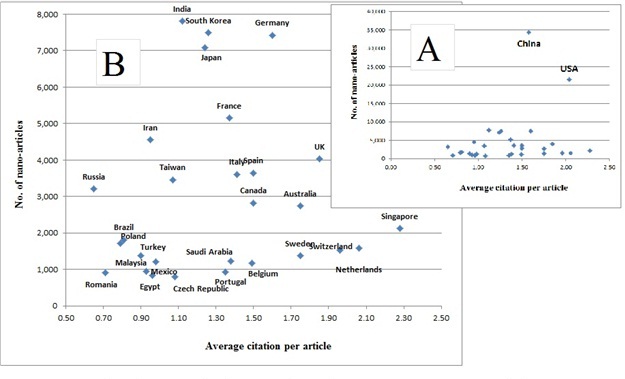 Figure 5: Number of Nanotechnology Articles and Average Citation per Article for Top 30 Countries in Nanoscience Production in 2013 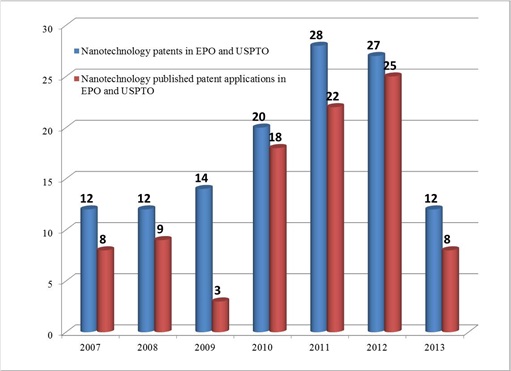 Figure 6: Sum Total of Patents Registered in EPO and USPTO 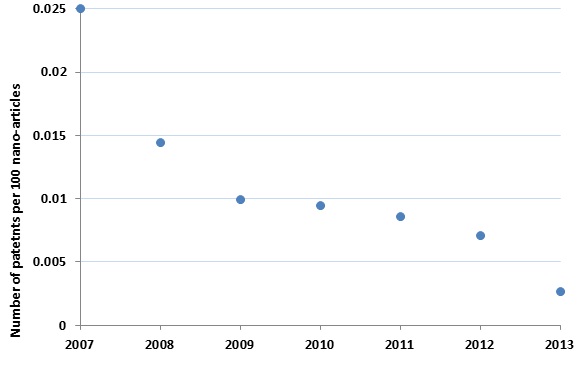 It seems Iran have grown significantly in recent years in nanotechnology. The development of nano-science has more share than other indicators. Although the quantity of the papers is high, there is a big gab in quality of the papers between Iran and developed countries. Nano-companies established in Iran shown that this technology could effect on other industries.

Dear Friends; The reason behind decrease in number of patents and published ones are only because of cruel economic sanction on Iranian banking system and by Swift as it is much harder for Iranian scientists to pay the related fees. Regarding the qualitative ranking it is widely known that citation comes side by side by the country overall historic reputation in science and technology therefore, it takes a little time for other developed nations scientists to trust the trustworthy of Iranian articles and their value. Iran is considered a newly industrialized nation and only revived as a science and tech power through last 2 decades. The more time passed, the more other developed nations will trust Iranian scientific quality. PS: we can not deny the success of Iranian case study in implementing Nano tech into real industrial and commercial applications. The Nano tech is relatively well known today among Iranian industries and will be better implemented into earnings and higher level of well-being of people in near future. The nano is the key to shape 21th century science and tech pioneers and Iran learned good lessons when they fell behind in early 1900s. Thanks for your valuable website. Daniel R.

Thank you for your nice comments.