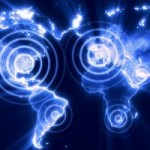 The statistics published on statNano database website showed that a sum total of 130,623 ISI indexed nano-articles were published across the world in 2015 which indicated a growth of 1.6% compared to 2014.

Iran ranks first in nanoscience generation considering the local share index by having a percentage of 22.87, while Moldova and Singapore possess the next ranks with 22.37% and 19.34%, respectively.
Table 2 presents the top 20 countries in this indicator.