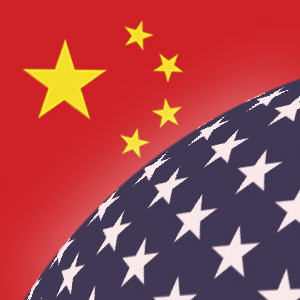 United States is a recognized pioneer in nanotechnology, but the growth of science and technology production is underway in China at a fast speed in a way that it seems United States’ position will be challenged in the coming years.

As two powerful countries in the political and commercial aspects, China and United States have always had a fierce competition in various science and technology fields. In novel technologies such as nanotechnology, both countries try to possess a bigger share in its production and exploitation. 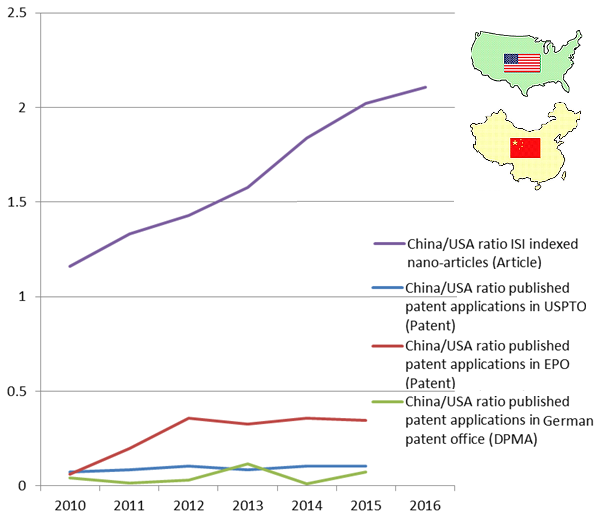 Studying nanotechnology articles in different journals shows that China has published plenty of articles about chemical synthesis, photocatalysts, and nanocomposites to the extent that the number of its nanotechnology articles in these three fields is more than the articles by the pioneer countries like United States, Japan, France, South Korea, Britain, and Italy. It means that China has invested on these three sections more than the global average and has had specific priorities in these fields.

Analyzing patent applications by these two countries in USPTO, EPO, and DPMA shows that United States has had more applications than China in the three offices. Although China has tried to increase its patents in EPO, it is still a great distance behind United States. In USPTO and DPMA offices, the two countries have had a constant standing in the past five years. This is true for the registered patents in the same period.

It must be added that this comparison has been done on the basis of the two countries’ articles and patents and for a more precise analysis, other indices such as market volume in the two countries must be studied too.