Ranking of Countries in Nanotechnology Publications in 2016 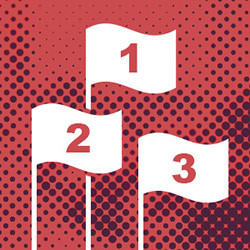 According to StatNano Database, about half of nanotechnology articles have been published by China and the United States in 2016. India, South Korea, and Germany possess the next ranks in this ranking.

According to statistics published on StatNano website, a number of about 137500 nanotechnology articles have been indexed in Web of Science (WoS) Database by the end of December 2016, which is 9.5% of all articles indexed in this database in 2016. China has a share of 34% while USA has a share of 16%.

Top 20 countries in publication of nanotechnology articles in 2016

Nine countries out of 20 are located in Asia and Oceania, and in general, more than half of nanotechnology publications belong to the countries in Asia and Oceania. Brazil is the only country from Latin America in the top 20 countries. Egypt is the top African country in this ranking by publishing 1423 nano-articles and possessing the 25th rank. By possessing the 35th rank, South Africa is the second African country. 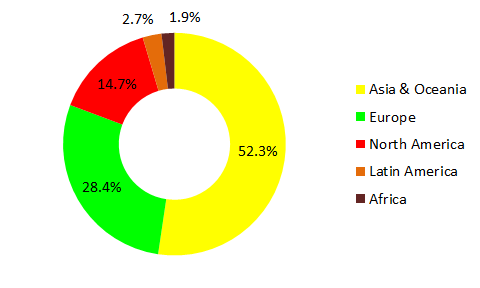 Geographical distribution of nanotechnology publications in 2016

(For top 20 countries with the most number of nano-articles)